5 surprises from the New York Times profile of Justin Trudeau

What he thinks it means to be Canadian — and more tidbits from a new feature. 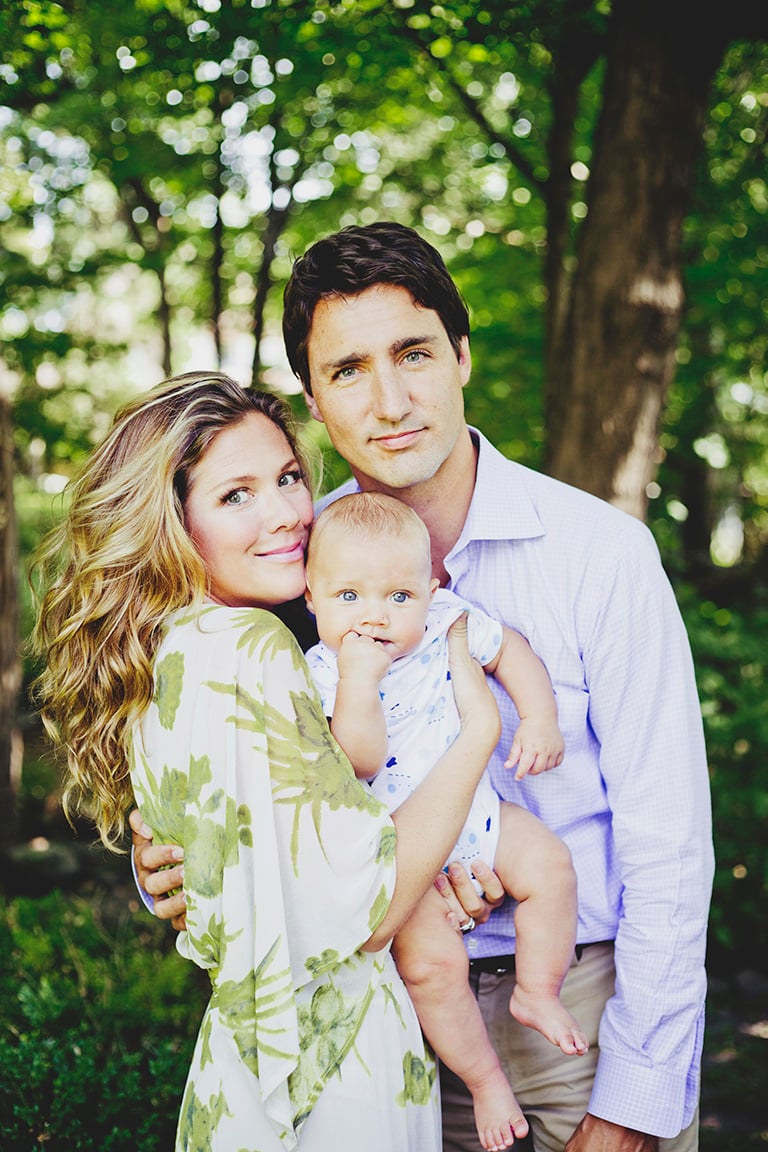 Justin Trudeau with his wife, Sophie, and son, Hadrien in 2014. Photo, Maude Chauvin.

The New York Times Magazine has just published a lengthy profile of Justin Trudeau by Canadian writer Guy Lawson, who spent time with the prime minister shortly after he was sworn in. The piece covers what will be familiar territory to many Canadians — his path to the PMO, his ideological differences with Stephen Harper, his father’s political legacy — but there are a number of fresh details, too.

1. He’s still getting used to being called Prime Minister.

Going from “Justin” to “Prime Minister” has been a bit of an awkward transition for Trudeau — and his staff. “‘It’s like your really smart friend suddenly became prime minister,” communications director Kate Purchase said. “When I’m working, when I’m with my staff in public, I’m ‘Prime Minister,’” Trudeau told Lawson. “I say that if we’re drinking beer out of a bottle, and you can see my tattoos, you should be comfortable calling me ‘Justin.’”

2. Barack Obama made him star-struck.

One of the most endearing parts of the profile is Trudeau’s recollection of his first conversation with Obama:

“It’s very, very cool to have the president call up, and I say, ‘Hello, Mr. President.’ I’ve never met him,” Trudeau said. He dropped his voice an octave to imitate President Obama: “Justin, I like to think of myself as a young politician. The gray hair caught up with me, and it’ll catch up with you. But calling me ‘Sir’ makes me feel old. Call me ‘Barack.’” Trudeau shook his head, amazed. “That’s going to take some getting used to.”

3. The admiration is mutual.

Trudeau and Obama had a 45-minute meeting during the Asia-Pacific Economic Cooperation summit in Manila last month. Lawson reported that Obama “advised Trudeau to be active early, but also to think about calibrating sky-high expectations with a long-term plan for governance. Obama shared his impressions of various world leaders, suggesting whom to build relationships with — and whom to steer clear of.” The president also invited Trudeau to Washington in 2016 for what will be the first state dinner celebrating a Canadian prime minister in 19 years.

4. He has a new vision for what it means to be Canadian.

“There is no core identity, no mainstream in Canada,” Trudeau said. “There are shared values — openness, respect, compassion, willingness to work hard, to be there for each other, to search for equality and justice. Those qualities are what make us the first postnational state.”

Remember the boxing match Trudeau (then an MP) won against Conservative senator Patrick Brazeau in 2012? Trudeau admits that taking part in the event was strategic. “The fight was going to be a way of highlighting and surprising people with what I am,” he told Lawson. “It wasn’t about proving anything to myself — other than perhaps as a reminder that I’m very good at sticking to and executing a plan. But it was a way of pointing out to people that you shouldn’t underestimate me — which people have a tendency to do.”

Related:
The Trudeau “nannygate” controversy is just plain childish
When Justin met Sophie
Exclusive photos of the Trudeaus at home