Close to 6,000 strollers being recalled due to safety issue

There are no reports of injuries yet, but the strollers pose a falling hazard when they're attached to infant car seats. 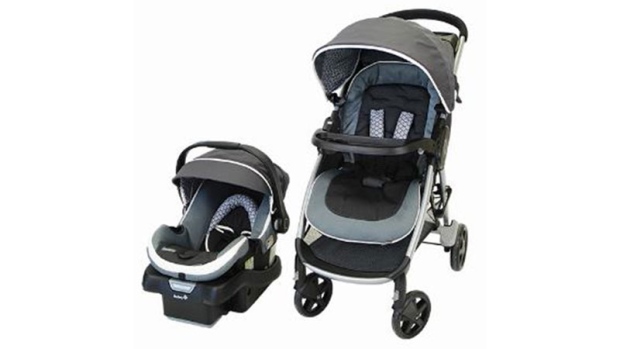 The Step n Go Travel Systems strollers were manufactured in China and distributed by Mississauga-based Dorel Juvenile Canada. The federal agency says a tray folding mechanism can partially disengage on one side when an infant car seat is attached, posing a fall hazard.

Health Canada says about 5,787 of the affected strollers were sold in Canada between May 2015 and June 2016. Dorel Juvenile Canada has eight consumer reports about the trays disengaging but there are no reports of any injuries. Health Canada says anyone who owns one of these strollers should stop using it with a car seat attached and contact the company for a free repair kit.

Three models are affected, identified as 01451CCYA, 01451CDGI and 01451CDGJ. The numbers are on a sewn-in label at the back of the stroller. The recall also covers some 20,000 units which were sold in the United States.

More:
Hate, misogyny and sexism: For me, it’s all in a day’s work
My kids were abducted a year ago — I’m still fighting for their return
Bardish Chagger is Canada’s first woman House leader