The Spring Weather Forecast According to Environment Canada

What Environment Canada has to say about warm weather, spring rain and flood season. 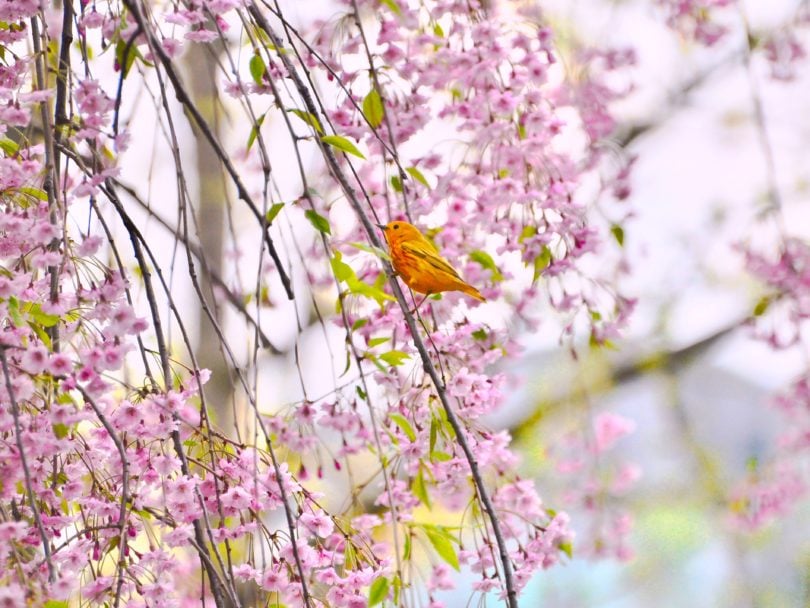 As February fades into March, many Canadians are looking forward to putting away their parkas and settling into warmer weather. So, what does spring have in store for Canadians?

It’s hard for meteorologists to tell us exactly what weather will be like for the entire season, but David Phillips, Environment and Climate Change Canada’s senior climatologist, gave us a nationwide forecast for March through May. What Phillips and Environment Canada is forecasting is divided into warmer in the East and colder in the West: Those in Ontario, Quebec, the Maritime provinces and Nunavut will be seeing milder-than-normal weather. Those in British Columbia, Alberta, Saskatchewan, the Northwest Territories and Yukon will experience colder-than-normal temperatures. Newfoundland and Manitoba will see normal temperatures and conditions.

Because this is a seasonal forecast, it’s still important to check daily local weather conditions when planning activities (we love the Environment Canada WeatherCAN app). That being said, here is what Environment Canada is forecasting this spring, from region to region:

The previous season’s conditions are a big factor in forecasting the upcoming season, and B.C. has had a colder-than-normal winter, with lots more snow than usual. Phillips says that B.C. will experience a colder-than-normal spring, though his models are showing that Vancouver Island will see more seasonal temperatures. “This is particularly so in March and perhaps in the beginning of April,” he says. “It’ll feel more like winter than spring in March [on the mainland].”

In terms of precipitation, Environment Canada’s models are showing drier-than-normal conditions along the coast and in the lower mainland. So, good news, it won’t be an extension of the wet winter weather.


Though Alberta and Saskatchewan are forecast to experience colder-than-normal temperatures this spring, it won’t be as harsh as last year’s spring, which was so cold, the snow didn’t get a chance to melt until late spring. “There’s less snow on the ground and [the previous months] were very mild,” Phillips says. “So, I think the holding on of winter is lessened there, but our models show that [spring] is still a little slow to come.”

The story is a little different in Manitoba. Due to the heavy fall rain that froze in the ground, there’s concern about flooding in the Red River come warmer weather. “It’s not something that flood forecasters are losing sleep over, a lot depends on March and April,” says Phillips. “But right now, there’s flood concern for parts of the Red River. It depends on if they get more snow, if there’s going to be a lot of spring rain and how quickly the snow melts. It’s difficult to say for sure if they’ll have issues with flooding.” Luckily, temperatures in Manitoba will be close to normal, which Phillips describes as ideal for the flood situation.

Phillips’ models show that there is still some snow in store for the Prairies, but it doesn’t seem that it will be wetter than normal.

Ontarians will experience warmer-than-normal temperatures—especially in Southern Ontario. The milder temperatures are a result of warm air coming up from the south. Precipitation models are showing wetter-than-normal conditions for Ontario. Though Ontarians can expect April showers, they shouldn’t count out snow either. “Just because we turned the calendar on March doesn’t mean that we won’t get snow,” says Phillips. “In fact, 20 percent of our snow in Ontario usually occurs …in March, April and May.”

Overall, the outlook for the entire season is warmer than normal—what Phillips is calling “good maple syrup weather,” warmer in the day and colder at night. Though this “maple syrup weather” should help with the flood situation, as it ensures that the snow will melt gradually rather than all at once, Phillips says that heavy early spring rain might still cause rivers to be flowing and swollen. “The situation in the Ottawa area isn’t as bad as it was last year because they’ve had less snow this year,” he comments.

Quebec is forecast to be warmer than normal. “It looks like a great, great beginning for the maple syrup industry there,” Phillips says. “The flow is beginning and the kinds of conditions we’re seeing is perfect pumping weather for bringing on that maple syrup.” Like Ontario, Quebecers can’t quite count the snow out yet—Northern Quebec looks wetter than normal, and there isn’t a lot of certainty whether the precipitation will come down as rain or snow.

Like the rest of eastern Canada, the eastern-most provinces will experience milder-than-normal weather. Though Atlantic Canada experienced heavy snowfall this winter, especially in Newfoundland, not much of the snow has stuck around because of the milder weather. Unfortunately, those in Newfoundland can still expect to see some snow in March and April. “They tend to get maybe 25 percent of their snowfall in the spring, so they’re not out of the woods there yet,” says Phillips.

In terms of flood risks, especially in New Brunswick—where flooding in the Saint John River is always a concern—it will depend on how much rainfall they get in the next month. Luckily, the snow from the winter hasn’t stayed around, so the flood situation is less threatening this year than it was next year.

Up north, the Northwest Territories and Yukon will be following the colder-than-normal trend that the rest of Western Canada will experience. Despite the slower start to spring, “things begin to stir anyways, and we know the sun gets higher in the sky and there’s more warmth,” says Phillips. “The first sign of spring [in the North] is the intensity of the sun. You actually feel that heat, even if it’s a cold day.” In Nunavut, the models are showing that the weather will be warmer than normal.

“The ice will also begin to move a little sooner,” notes Phillips. “It’s not as thick as it usually is because of climate change.” This pattern of thinner ice and milder temperatures in the North has been observed in the last few years. “The most warming in the world is done in the Canadian Arctic and we see that pattern continue into the spring.”