The newest Lego ladies are rocking our world

The latest minifigures from Lego feature the brilliant Women of NASA—including mathematician and space scientist Katherine Johnson (you may remember her from Hidden Figures). 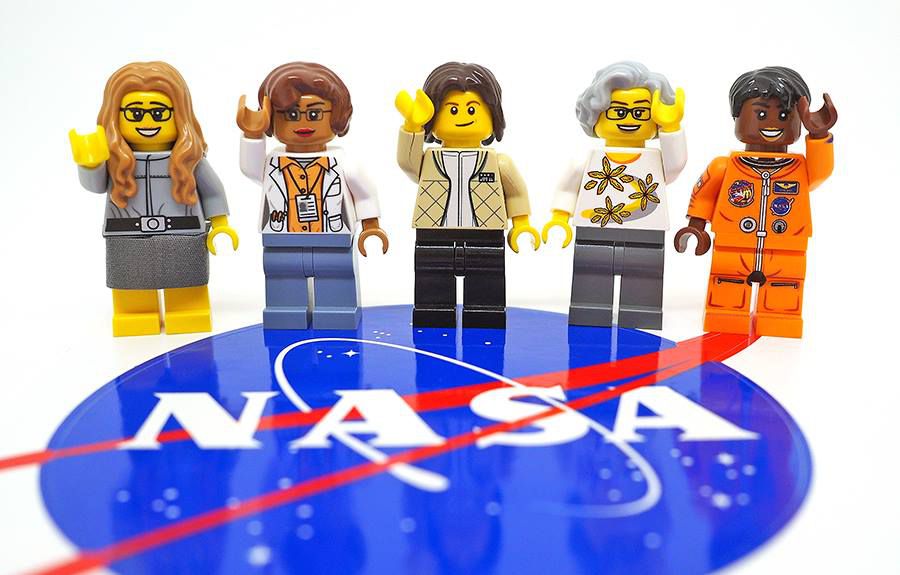 If you haven’t caught Hidden Figures fever, the Oscar-nominated movie that shined a spotlight on the brilliant African-American women who helped shuttle the first astronauts into space, then you must be living under a planetoid. The inspiring biopic is based on the true story of math wizard Katherine Johnson and her black women colleagues whose calculations completely turned the Space Race around in the 1960s.

And now, some of these women will be immortalized as Lego — a compliment of the highest order. Lego has revealed Women of Nasa, its latest fan-designed collection of five space pioneers, and we couldn’t be more excited! The set of five mini-figures will feature:

Katherine Johnson, mathematician and space scientist: A longtime NASA researcher, Johnson is best known for calculating and verifying trajectories for the Mercury and Apollo programs — including the Apollo 11 mission that first landed humans on the moon.

Margaret Hamilton, computer scientist: While working at MIT under contract with NASA in the 1960s, Hamilton developed the on-board flight software for the Apollo missions to the moon. She is known for popularizing the modern concept of software.

Thrilled to finally share: @LegoNASAWomen has passed the @LEGOIdeas Review and will soon be a real LEGO set! https://t.co/rcyjANsVD9 pic.twitter.com/b9OVx5UBaL

Sally Ride, astronaut, physicist, and educator: A physicist by training, Ride became the first American woman in space in 1983. After retiring as a NASA astronaut, she founded an educational company focusing on encouraging children — especially girls — to pursue the sciences.

Nancy Grace Roman, astronomer: One of the first female executives at NASA, Roman is known to many as the “Mother of Hubble” for her role in planning the Hubble Space Telescope. She also developed NASA’s astronomy research program.

Mae Jemison, astronaut, physician, and entrepreneur: Trained as a medical doctor, Jemison became the first African-American woman in space in 1992. After retiring from NASA, Jemison established a company that develops new technologies and encourages students in the sciences.

The collection, which includes a desktop frame that displays each woman’s name, plus NASA-themed mini vignettes, is set to land on store shelves later this year or early 2018.

Now if only we could time travel and have it now!

More:
Meet the Canadian who discovered a massive ice sheet on Mars
Is the Instant Pot worth the hype? We tested it 8 different ways
30 buzzy spring books we can’t wait to read