Seriously, who ate the last piece of cheesecake? Golden Girls Clue is here

Dorothy, Blanche, Rose and Sophia are back at it in a new version of the classic whodunnit game. 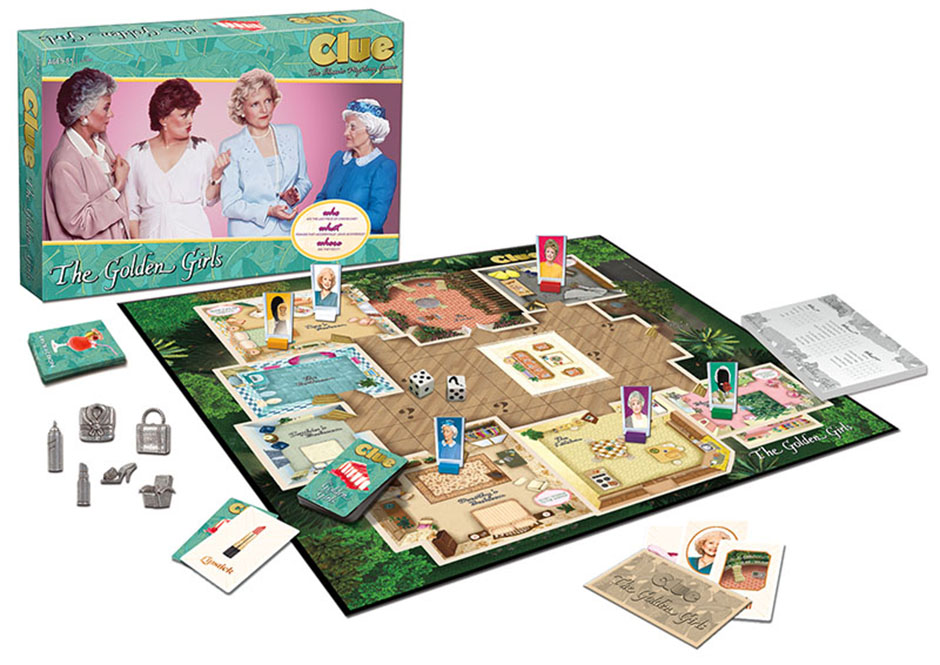 Forget Col. Mustard: It was Blanche, on the lanai, with the wicker chair.

That’s one potential outcome of Golden Girls Clue, the latest iteration of the classic whodunnit board game, which challenges players to solve a very golden-girly mystery: Who ate the last piece of cheesecake?

According to details on the USAopoly site, the game will include 6 suspect personality cards – including the core four (Dorothy, Blanche, Rose and Sophia) and two male characters who are faceless (Jezebel suspects one is Dorothy’s ex-husband, Stan). It will also include 6 weapons (a shoe, a robe, a purse, a can of hairspray, a lipstick, and the aforementioned wicker chair) and 9 potential scenes of the crime (the kitchen and the lanai figure prominently, obviously).

It might seem like an odd mashup but there’s no denying the Golden Girls are hot right now. Rue La Rue, a Golden Girls-themed café opened in New York City in February (according to Grub Street, photos of Blanche’s fictional ex-husbands line the counter, and the bathroom is tiled to match the one in the show), and there is word that a Golden Girls-themed Monopoly is also on its way.

So which one of this gilded group will have the most penchant for cheesecake crime? Don’t discount Rose. Sure, she overflowed with sweetness and light — but could she have been hiding a dark side? Have a read of some of her better shade-throwing moments and decide for yourself.

More:
This dark and moody food trend is popping up everywhere
Is The Keepers your next Netflix true crime obsession?
Abandoned at birth: Janet Keall cracks one last mystery — the identity of her birth father