Gilmore Girls fans get a taste of Stars Hollow

On Wednesday, pop-ups in Toronto and Vancouver doing their best impression of the Gilmores' favourite hangout, Luke's Diner, treated fans to a free caffeine fix. 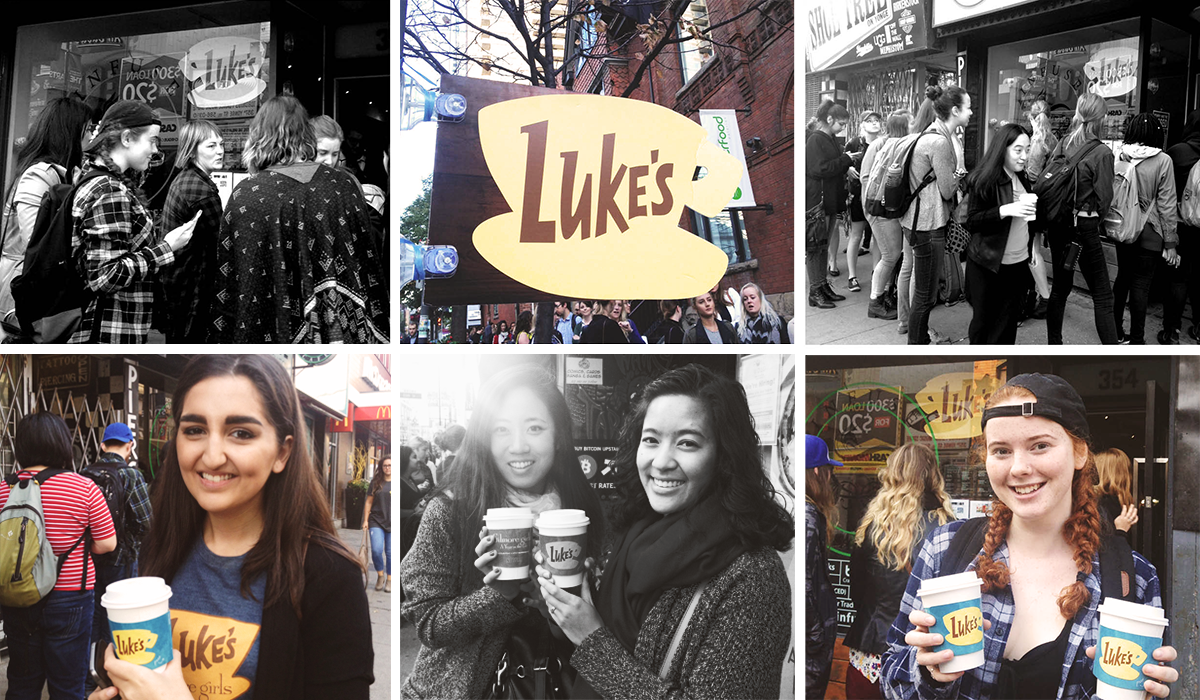 Coffee shops across Canada and the U.S.— including four in Toronto and one in Vancouver — transformed into Luke’s Diner Wednesday morning, celebrating both the series’ Netflix revival and its 16th anniversary. Luke’s Diner was where we first met coffee fiend Lorelai Gilmore and her equally caffeinated BFF/daughter, Rory. At Toronto’s Infuse Cafe, dozens of fans lined up for a free cup of coffee, many clad in plaid with a backwards baseball cap, a nod to surly diner owner Luke Danes (and arguably, Lorelai’s soulmate).

Related: 7 things I hope to see in the Gilmore Girls revival

While Lorelai and Rory often got served as soon as they sat down (as Lorelai’s coworker Sookie once noticed, “you get good service around here”), fans at Infuse Cafe waited nearly an hour and a half. There was Luke’s signature “no cell phones” sign (it went ignored) and a large replica sign on the storefront’s window, but without the Gilmores’ mile-a-minute banter, the temporary pop-up wasn’t quite the real deal. But most fans were still thrilled.

“I’ve loved the show since I was 12 years old,” said one woman, who was in line for more than an hour. “I’ve been to Hartford, Conn., got this [Luke’s] shirt from the Warner Bros. studio, and I’ve been waiting for this revival for eight months. So waiting in line for Luke’s coffee is definitely worth it.”

Gilmore Girls: A Year in the Life premieres Nov. 25 on Netflix.

More:
Will & Grace came back from TV heaven to make fun of Trump
Incredible girl shows why kids’ clothes are the worst in viral video
18 decadent desserts for pumpkin lovers