Listen To A Consensual Rendition Of 'Baby It's Cold Outside'

A Minnesota couple has revamped the classic song to make it "less sexually aggressive" than the out-of-date original. 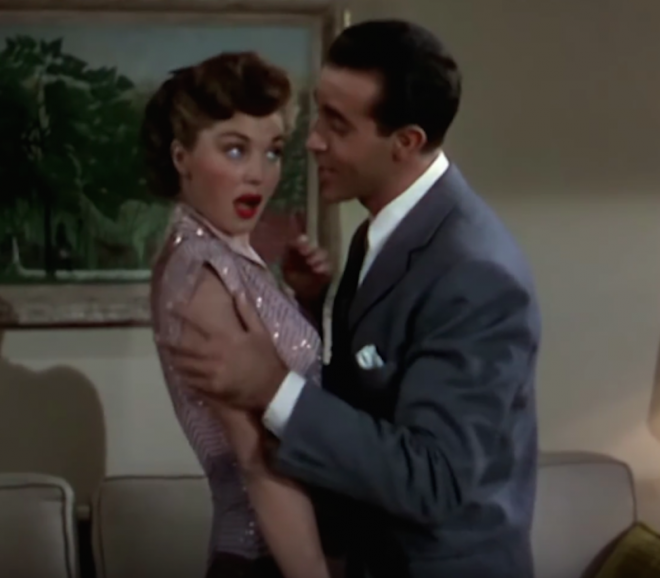 The lyrics to “Baby It’s Cold Outside” have likely been burned into your brain over so many holidays that you can sing along without a second thought. But give the jaunty holiday song a close listen, and it sounds like a serenade for a date rape. The man in the 1944 duet, written by Frank Loesser, tries to cajole a woman into staying the night. Some of his most convincing lines include “think of my lifelong sorrow,” “gosh your lips look delicious,” and “baby, don’t hold out.” Her protestations, of course, only encourage him, even after she playfully suggests he may have drugged her: “Say, what’s in this drink?”

Rather than condemn the out-of-date tune to the dustbin of history, a Minnesota couple revamped the lyrics to depict a cold winter evening that’s a lot more consensual and, they say, “less sexually aggressive.”

“I ought to say ‘no, no, no’ sir,” sings Lydia Liza over the strum of a guitar, to which her partner, Josiah Lemanski, replies “You reserve the right to say no.” That dubious drink, meanwhile, has been replaced with a booze-free pomegranate La Croix and the neighbours won’t think less of the woman if she decides to stay the night.

“You’ve really been grand,” Liza sings, and rather than pressure her to stay, he says “We’ll have to do this again.” “Yes, I agree,” she says. “How about the Cheesecake Factory?”

The post has already attracted hate from fans who don’t appreciate their Christmas jams being cleaned up for modern times. But, hey, people mess with holiday classics all the time.