The new law has been called 'a huge step backward for Russia, where victims of domestic violence already face enormous obstacles.'

Headlines about Russia’s ties to U.S. President Donald Trump’s administration have dominated the news lately, overshadowing another troubling story: Earlier this month, Russia officially decriminalized forms of domestic violence, excluding serious bodily harm. This means those who physically abuse a spouse, child or elderly parent could escape jail time and need only pay a fine — effectively making those cases of abuse a civil matter, not a criminal act. The proposed amendment to current domestic violence laws passed two levels of government almost unanimously in January (Parliament voted 380-to-3 in favour of relaxing the existing rules). Russian President Vladimir Putin signed the new measures into law last week. Here’s what you need to know about the move, and the impact it’s already having.

How bad is family violence in Russia?

Domestic violence in Russia has been described as an “epidemic.” Russian government statistics estimate 40 percent of the nation’s violent crime happens within family units. According to The Guardian, roughly 36,000 women are assaulted by their partners every day and 26,000 children are beaten by their parents each year. It’s an ongoing issue in the country — a 1999 American Psychologist paper on the state of domestic violence in Russia attributed the severity of the problem to a “history of institutional oppression of women, arcane legal procedures, a shortage of housing and shelters, untrained medical professionals, and widespread misinformation and myths about domestic violence.” Shortly after the decriminalization law passed, a Russian newspaper published a story telling women to be “proud” of their bruises because it means “they’re more likely to give birth to boys.”

What, exactly, does the law say?

This new law effectively decriminalizes the first act of violence in a relationship if it isn’t severe enough to send the victim to hospital (it would take serious injuries such as broken bones or a concussion to make it a criminal act). It also only applies if the violence occurs no more than more than once a year. If found guilty, the abuser would pay a minimal fine, spend up to 15 days under administrative arrest, or do community service. The new amendment is an about-face on the nation’s recent attempts to crack down on this kind of violence. It was only last July when Russia’s parliament adopted changes that would subject those found guilty of violence against family members to up to two years in prison.

Why did Russia decriminalize domestic violence?

This is all part of a larger, Putin-led shift towards reinstating Russia’s “family values,” writes Bloomberg View columnist Leonid Bershidsky, and there was a fear the new domestic violence laws could be used against parents who use corporal punishment to discipline their kids. Putin found a champion in MP Yelena Mizulina, who tried, unsuccessfully, to block the criminalization last summer. She is also behind the 2013 crackdown on LGBTQ rights in Russia. The Russian Orthodox Church — a hugely influential presence in Russia — pushed for the amendment, saying the government should not meddle in private family matters. There was a Change.org petition against the legal amendments and plenty of warnings from women’s rights advocates. “Passage of this law would be a huge step backward for Russia, where victims of domestic violence already face enormous obstacles to getting help or justice,” Yulia Gorbunova of international organization Human Rights Watch warned back in January. “The domestic violence bill would reduce penalties for abusers and put victims’ lives at even greater risk.” Protesters gathered in Moscow Sunday to voice their opposition to the new measures. 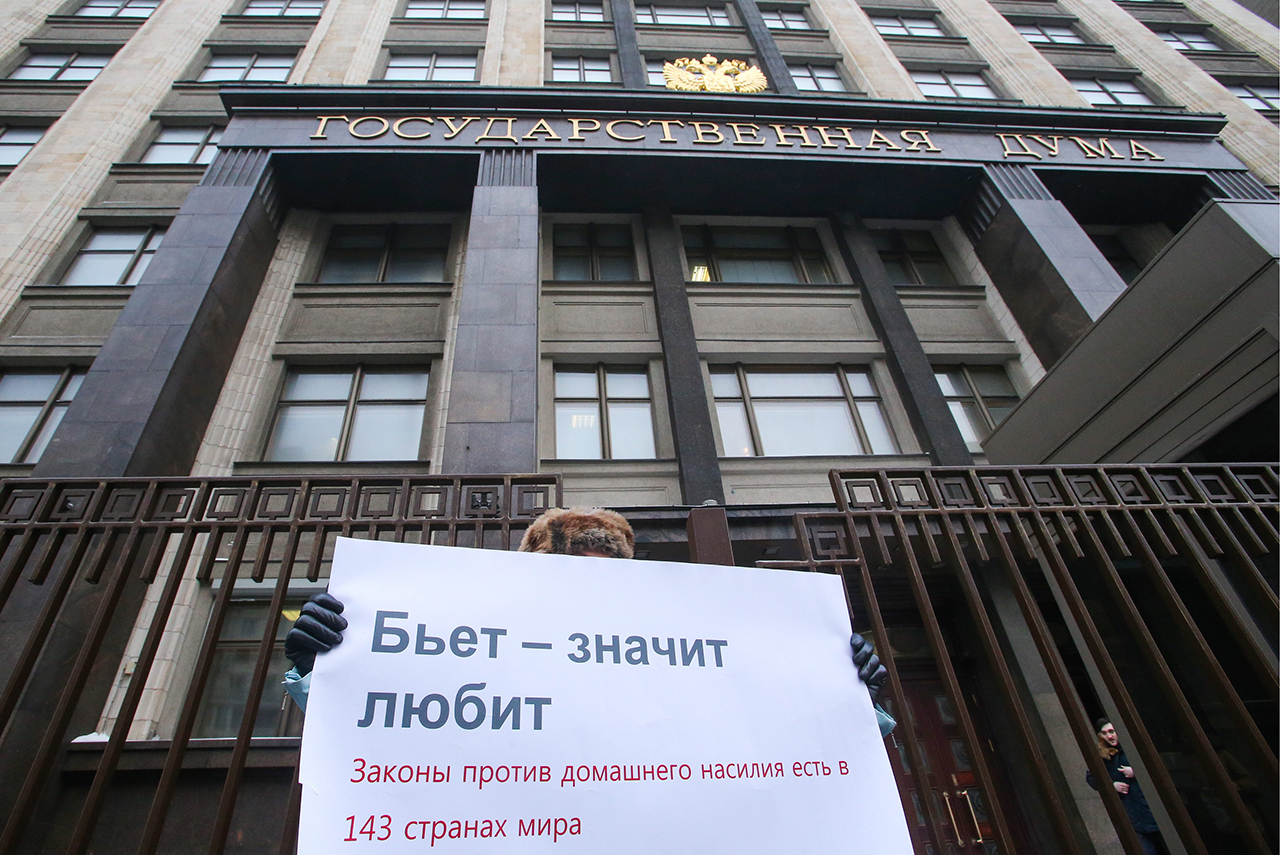 What’s the impact so far?

In the past week alone, reports of domestic violence more than doubled in Russia’s fourth largest city, according to The Independent. And, there is a fear that this partial decriminalization will give abusers permission to be even more violent.  The mayor of Yekaterinburg said police have responded to 350 reports a day since Putin signed the law, compared to a more typical 150 a day. “Before, people were afraid of criminal charges — this acted as some kind of safety barrier,” Yevgeny Roizman told Russian media. “People got the impression that before it wasn’t allowed, but now it is.”

More:
Caring for my dying father was the only way I knew how to say goodbye
Why everyone is obsessed with The Handmaid’s Tale right now
Help: When the news is crushing you, but you can’t look away