Oxfam Canada workers share the stories of families they met in south Bangladesh, where more than 620,000 Rohingya have fled over the past three months 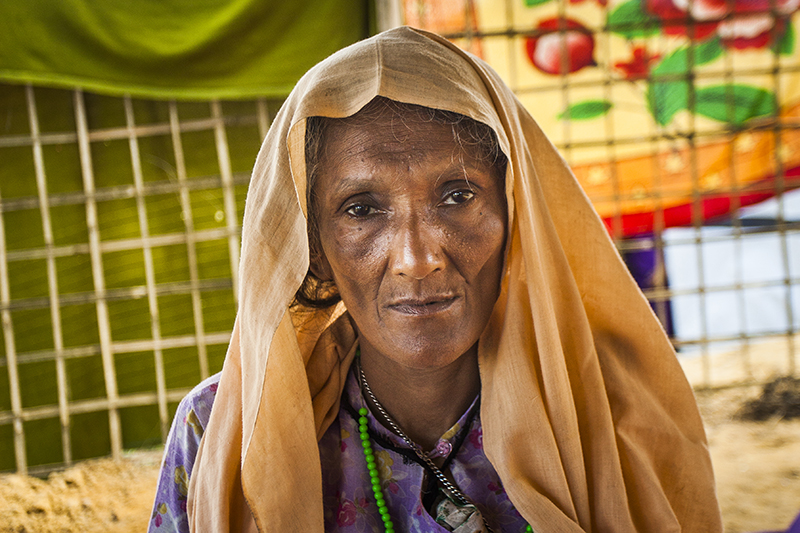 Since late August, more than 620,000 Rohingya have fled their homes in Myanmar for refugee camps in Bangladesh, in order to escape violence at the hands of the country’s security forces (the U.N. High Commissioner for Human Rights has called it a campaign of ethnic cleansing). The Rohingya are a minority Muslim group rooted in Myanmar’s Rakhine state who have been denied citizenship since 1982, and have faced persecution since the 1970s.

In early November, two Oxfam Canada workers visited the Unchiprang and Balukhali camps in south Bangladesh so as to see first-hand how the refugees are faring, and how Oxfam is responding to their needs. “It’s hard to perceive the scale of the crisis until you get there,” says Brittany Lambert, women’s rights policy specialist with the organization. “Even if you know the statistics, when you get there and you see all the people, everything is so crowded, and the shelters go as far as the eye can see.” Lambert and her colleague Kate Higgins, director of policy and campaigns at Oxfam Canada, talked to several families in the two camps. Below are portraits of five of the women they met, along with parts of their stories. 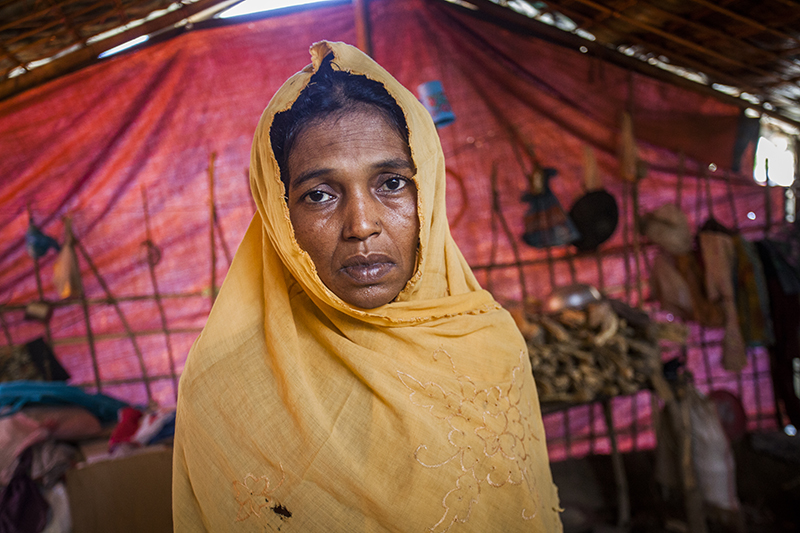 Arefa and her six children, who are between the ages of four and 19, have been living in Unchiprang refugee camp for about one month. Arefa’s husband is not with them; he had to travel to a larger camp, so as to receive medical attention. It took the family a week to arrive at Unchiprang, a journey of constant rain and struggling through deep mud. The boat that took them across the Naf river, which borders Myanmar and Bangladesh, was packed with people, and one woman fell off. Because families only receive one food token at the camp, Arefa’s family is often hungry. Her daughter and son-in-law, who live in Balukhali refugee camp, have come to help her while her husband is away. Photo, Salahuddin Ahmed/Oxfam.