A Bunch Of Celebrities Just Announced They're Boycotting R. Kelly — Here's What You Need To Know

The #MuteRKelly movement is urging fans and companies who profit from his music to cut ties with the R&B artist. 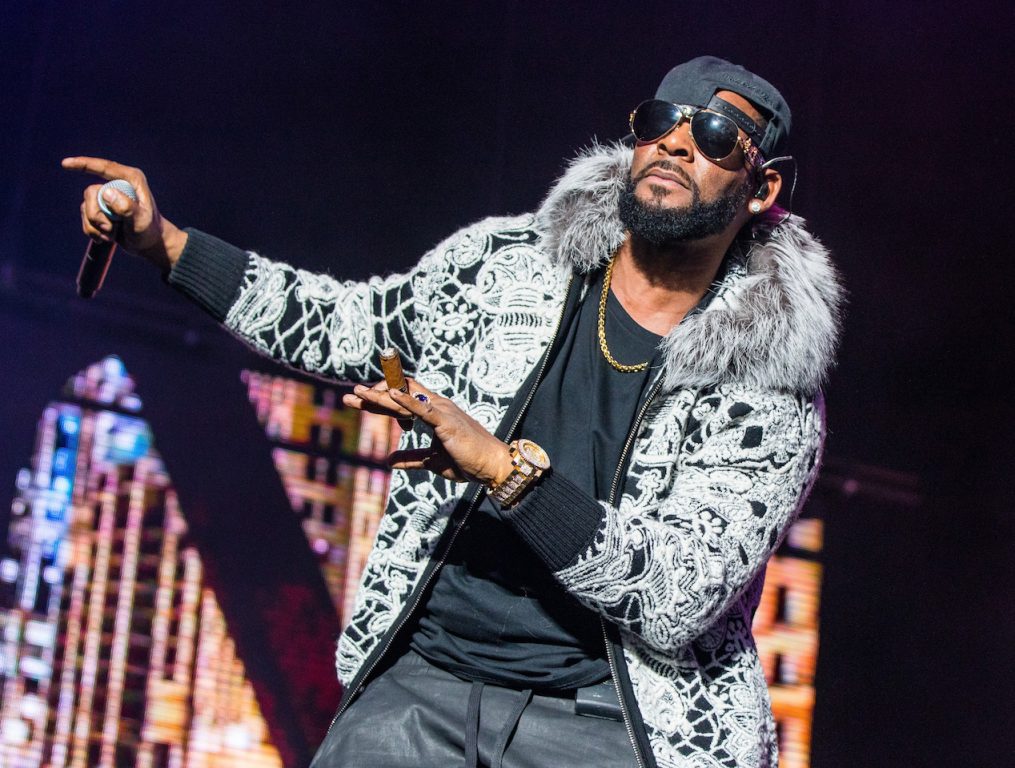 You might have the song “Ignition (Remix)”on one of your favourite playlists. Or you may find yourself hit with a not-unpleasant wave of late ’90s nostalgia whenever you hear “I Believe I Can Fly.”

This week, many casual R. Kelly fans declared on social media that they are deleting these songs from their music catalogues as part of a widening boycott of the R&B singer’s music called #MuteRKelly. Their concern? The R&B artist’s extremely shady track record with women and girls — including multiple allegations that he sexually exploited underaged black girls. Those boycotting Kelly believe he should no longer be supported by the public or by corporations who profit from his work.

The boycott got a massive boost on Monday when the Women of Color chapter of Time’s Up, the Hollywood-based organization pushing for gender equality in the post-Weinstein era, threw its support behind #MuteRKelly, demanding “appropriate investigations and inquiries” into Kelly’s behaviour. Shortly thereafter, Kelly’s management issued a statement in the artist’s defence: “We will vigorously resist this attempted public lynching of a black man who has made extraordinary contributions to our culture.”

Here’s what you need to know about all of it:

What exactly is R. Kelly accused of doing?

Allegations of sexual misconduct against Kelly date back 25 years, to his heyday as a musician, when he illegally married fellow R&B artist Aaliyah — she was 15 and he was 27. Between 1996 and 2002, he was sued four separate times — three of the suits were filed on behalf of teenage girls who alleged he’d entered underage relationships with them. They were all settled, the complainants paid off and subject to non-disclosure agreements. “Since then, Kelly has reached out-of-court settlements with ‘numerous’ other women, according to the lawyer who represented many of them,” reports Jim DeRogatis in The New Yorker. Kelly was indicted on 21 counts of child pornography in 2002 (though he was later acquitted), and subject to multiple  further accusations of sexual abuse and imprisonment for sexual purposes.

What is the #MuteRKelly campaign?

The #MuteRKelly campaign started last July as an online petition by Oronike Odeleye and Kenyette Tisha Barnes, two Atlanta, Ga., area black women who were trying to get a Kelly concert in their city cancelled last summer because they didn’t want their community supporting a show by a man they say has inflicted “serial sexual, mental and physical abuse of young African American women.” They were also trying to get their local radio stations to stop playing his music. While that particular show went on, the hashtag gained momentum — another petition eventually garnered more than 66,000 signatures. The movement eventually led to the cancellation of nine concerts, including what was supposed to be Kelly’s homecoming show in Chicago. Barnes, the campaign’s co-founder, says there have also been in-person protests in Atlanta, Dallas, New York, Detroit, and Birmingham, Ala. The other co-founder, Odeleye, also said the #MeToo movement inspired them to expand their efforts to #MuteRKelly.

Why is the Time’s Up movement getting involved now?

The Women of Color chapter of the Time’s Up movement invoked the recent Bill Cosby guilty verdict in its statement, published Monday on black news and politics website The Root. While that verdict, they said, is “one step” toward addressing the sexual abuse and exploitation quietly endured by black women for a long time, “it is just a start. We call on people everywhere to join with us to insist on a world in which women of all kinds can pursue their dreams free from sexual assault, abuse and predatory behavior … To this end, today we join an existing online campaign called #MuteRKelly.”

Their involvement also comes on the heels of a new BBC 3 documentary, R Kelly: Sex, Girls and Videotapes, in which a now 34-year-old woman accuses Kelly of grooming her for sex when she was 14, and forcing her to have sex with him and others at least 10 times in what she describes as a “sex dungeon.”

Who else is speaking out against Kelly?

A number of celebrities involved in the Time’s Up movement tweeted their support for the boycott, most of them fellow black artists and entertainers, including director Ava DuVernay, musician John Legend, and actors Kerry Washington and Lupita Nyong’o.

We join the call to #MuteRKelly and insist on the safety + dignity of all women. We demand investigations into R. Kelly’s abuse allegations made by women of color + their families for two decades. We call on those who profit from his music to cut ties. #MuteRKelly #TIMESUP #WOC pic.twitter.com/TYmDRVIH00

Today we join the call to #MuteRKelly and insist on safety & dignity for all women. We demand appropriate investigations and inquiries into the allegations of R. Kelly’s abuse made by women of color & their families for over two decades now. #WOC #TIMESUPhttps://t.co/CG7Y5ZmKyR

We demand appropriate investigations and inquiries into the allegations of R. Kelly’s abuse. #MuteRKelly #TIMESUP pic.twitter.com/T1Rj6DzhYK

I knew from the moment I opened my eyes that this day would be long and exhausting. I'm not going to spend more hours fussing w/ Black folks. I love us. Even when…
Anyway, leaving these two articles for folks to chew on. #MuteRKelly https://t.co/rINkr8aggc

And how is the Kelly camp responding?

After the Time’s Up statement, Kelly’s management responded to say the artist supports the #MeToo movement and the work that Time’s Up is doing in favour of women’s empowerment. “We understand criticizing a famous artist is a good way to draw attention to those goals – and in this case, it is unjust and off-target.”

Does this mean I can’t listen to “Ignition (Remix)” anymore?

That is, of course, completely up to you. But here’s what those who are culling Kelly from their playlists in response to #MuteRKelly have to say:

I used to listen to R, Kelly and enjoyed some of his music… Now I have to delete all his music from my personal playlist. RIP to his music career… #MuteRKelly #TimesUp

My R.Kelly collection was pretty deep but had to delete all his music .This was actually kind of tough for me , but after the #BBC doc I knew I could never listen to this man #MuteRKelly pic.twitter.com/wScj5ig3Kt