6 women were murdered in Quebec in 3 weeks. Why isn't it bigger news?

Anuradha Dugal from the Canadian Women's Foundation explains why silence is often the reaction to domestic violence cases. 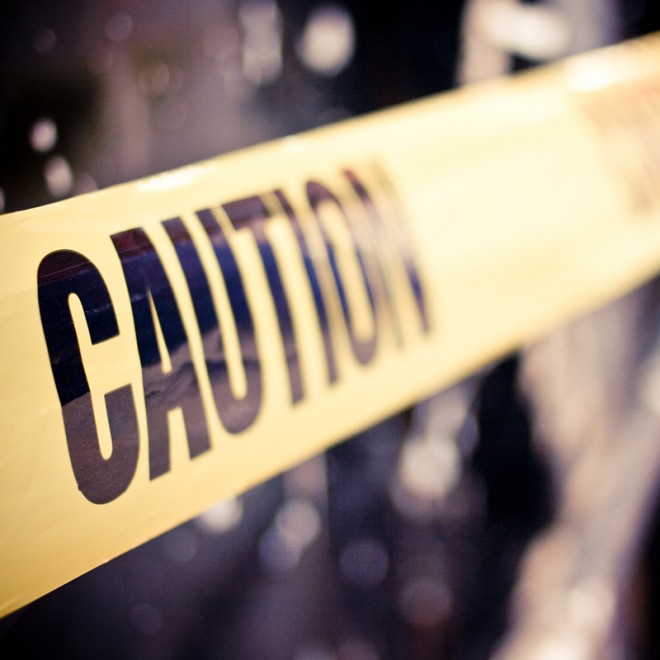 Since the end of March, six women in Quebec have died at the hands of men they knew. On Mar. 22, 18-year-old Daphné Boudreault was stabbed to death in Mont St. Hilaire, allegedly by her ex-boyfriend Anthony Pratte-Lops, whom she’d broken up with the day before. Sylvain Duquette is accused of fatally shooting his sister-in-law Denise Hallé, 56, Hallé’s cousin Janet Lauzon-Toupin, 61, and his father’s wife, Jocelyne Pellerin, 70, in Shawinigan last Wednesday. Priscilla Lee Bond, 33, was found dead along with her 15-year-old daughter Gabrielle in their Notre-Dame-du-Laus home after her common-law partner, David Lepage, turned himself in to police Monday morning.

Three separate homicide cases, six women’s lives, and yet, very little public attention despite a parallel conversation about domestic violence playing out in the U.S. following the school shooting in San Bernardino on Monday. A woman is killed by her intimate partner every six days in Canada, and of the 83 police-reported intimate partner homicides in 2014, 67 of the victims — over 80 percent — were women.

The silence is a major indicator of how little we understand family violence and how it can turn lethal, says Anuradha Dugal, the Montreal-based director of anti-violence prevention programs for the Canadian Women’s Foundation. She spoke with Chatelaine about why the myth of domestic violence as a personal problem persists and how that impacts the public conversation around these murders.

This is essentially a spate of domestic homicide in Quebec. Why haven’t we heard more about it?

Two things happen when there’s a murder of a woman. One is that, very often, if it’s a homicide by a partner or a previous partner, there’s still an assumption that it is either a personal matter or somehow it’s between the two of them. And two, there’s still no presumption of innocence on the part of the woman [that she didn’t do something to somehow bring on the violence]. These stories rise to the surface and then they drop out of sight. It’s interesting that when looking through the stories in the media involving the other women, no connection was made between these three cases.

Does it have anything to do with the fact that these were in small communities in Quebec?

The articles I’ve seen in the Quebec media have been very much looking at how the police are responding. There are definitely gaps in our services in the rural areas of Quebec — the police don’t all get the same training, there are a lot of different standards being used for different police forces.

You said domestic violence is seen as a personal problem — why does that idea persist? How would you explain that it’s not just a personal issue?

There’s a lot happening to try and convince people that violence in relationships is an individualized thing and that it should really be treated case by case — that it’s about the individual’s mental health situation, or because they were dealing with money issues. But we don’t get down to the root cause of “what does male anger look like?”

[Men are told] that they can’t express their fear or frustration, their terror at what’s going on [when feeling] out of control of their relationships or being out of control of their lives. Men are socialized to think that they should react by appearing to take control. We are failing men by putting them in these gender roles as much as we’re failing women. Offenders feel it’s OK to express that with the use of extreme violence. They think that they have the right to kill another person because things aren’t going the way they think they should be going.

Related: As a doctor, I want victims of family violence to know they can come to me

A Public Health Canada report from last year showed 172 homicides a year are carried out by family members, while in 2014, Statistics Canada numbers show that more than one in five solved homicides were perpetrated by an intimate partner. What do these numbers tell you about how we’re addressing this issue?

Those numbers tell us that we don’t yet know what we have to do to keep women safe. There are lots of possibilities in the evidence that give us hope in certain areas, but we haven’t really cracked it. Again, I think only focusing on the woman is perhaps part of that question.

So what can we do? Does talking about it help?

There’s evidence that intimate partner and family violence that happens later in life starts in high school, so the earlier we can start talking about relationships and being safe in a relationship, the better. And that has to happen in schools. On the whole, I think people are very nervous about talking about violence and murder. It’s not enough to say “oh, that poor woman,” or “oh, that awful man.” It’s about having that conversation about root causes. Violence can stop if we get away from the idea that a man is more important than a woman.

We also need leadership. I didn’t see the Premier of Quebec say much about any of these murders — and maybe he can’t about every single murder that happens. But if there was understanding … that this was an important story, that would make a difference.

More:
Will Jian Ghomeshi bounce back, like so many famous men accused of sexual misconduct?
If standing up to restaurant bro culture makes you ‘a real bitch,’ food-world rock star Jen Agg says bring it on
Why Canada’s seafood market is so bad, and costs so much