University of Laval researchers have been cleared to test a vaccine — but it will take at least two to three years before it will be available to the public. 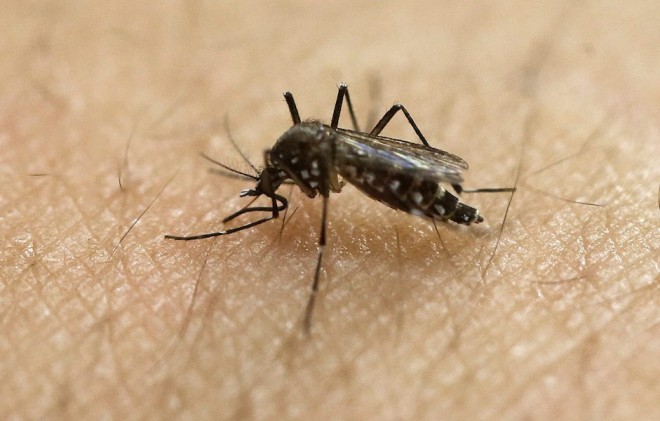 A Quebec City-based research team has received the green light to begin testing a Zika vaccine on humans in collaboration with U.S.-based partners.

The researchers based at Universite Laval are the first in Canada to be authorized by Health Canada and the U.S. Food and Drug Administration to conduct clinical tests. The university is one of three sites that hope to begin testing a vaccine for the mosquito-borne virus in the next few days. The first phase of study involves administering the vaccine to 40 volunteers spread out over the three sites in Quebec City, Miami and Philadelphia.

“In phase 1 we’re looking only at safety and immunogenicity, or the building of immune protection,” Gary Kobinger, director of Universite Laval’s Infectious Disease Research Centre, said in interview Wednesday. “We look at immune responses in those volunteers and compare those to immune responses we have documented in animals that were protected from the infection.”

The team is looking to recruit between 10 and 15 healthy volunteers for the Canadian portion of the study. Kobinger said the DNA-based vaccine has already been tested “extensively” on cells and animals such as mice, guinea pigs and primates.

Although most cases of Zika are fairly mild, the virus has been linked to miscarriages and birth defects in babies born to women who have been infected. Symptoms can include mild fever, skin rash, conjunctivitis, muscle and joint pain and headache, according to the World Health Organization.

Related: US officials: The more we know about Zika, the scarier it is

The founder and CEO of Inovio Pharmaceuticals, the Pennsylvania-based company manufacturing the vaccine, says he is “very confident” the trials would show good results. Joseph Kim said 100 percent of the animal test subjects who were given the vaccine showed protection from the virus.

The company hopes to complete the first phase of testing within months. The second phase, which will test for protective effects in a larger group of volunteers in an endemic region such the Caribbean or Latin America, could begin by year’s end or early in 2017.

Kim said the developers feel a sense of urgency as the World Health Organization has projected more than four million people could be infected by the virus in those regions by the end of 2016. “We’re prepared to go as quickly as our regulators allow,” he told The Canadian Press.

He said the company’s technology, which uses snippets of DNA as a vaccine and doesn’t require any part of the actual virus, means the vaccine can be developed from conception to human testing in under nine months.

Kobinger said as far as he knows, that timeline is the shortest he’s seen for any vaccine to be developed for human testing. Nevertheless, he said it would be at least two to three years “and could be much longer” before the product becomes available to the public, as the timeline for final testing and approval is largely set by regulators.

More:
Mindfulness is trendy but that doesn’t mean it’s easy
I researched the female orgasm for 3 years. Here’s what I learned
Douching is dangerous — and more common than you think