The march is a sea of hand-crafted pink toques. Here's the backstory. 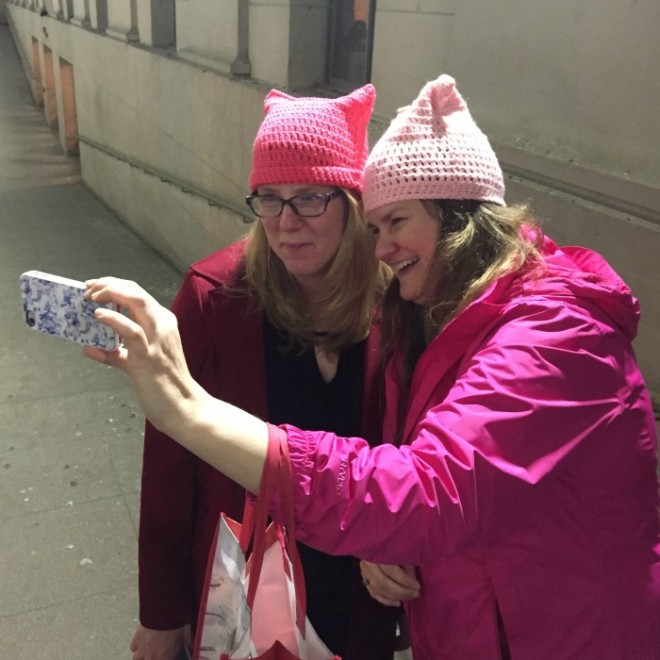 Jennifer Gibson and Jennifer Blunt in their ‘pussy hats’ ahead of departing for the Women’s March on Washington.

As people gathered for the Women’s March on Washington, there were “pussy hats” as far as the eye could see — thousands of pink, hand-knit cat-like toques crafted and worn in solidarity.

Jennifer Gibson and Jennifer Blunt got theirs three days ago.

They usually hate the word “pussy,” they say, but the hats are taking the word back. The term was infamously used by Donald Trump in his taped 2005 conversation with Billy Bush, released during the U.S. presidential campaign. The Jennifers were appalled at the misogyny and liked the idea of using the word in solidarity instead.

Gibson, 41, is an accountant who lives in Guelph, Ontario; Blunt, 43, is a caregiver for her dad in Hamilton, Ontario. 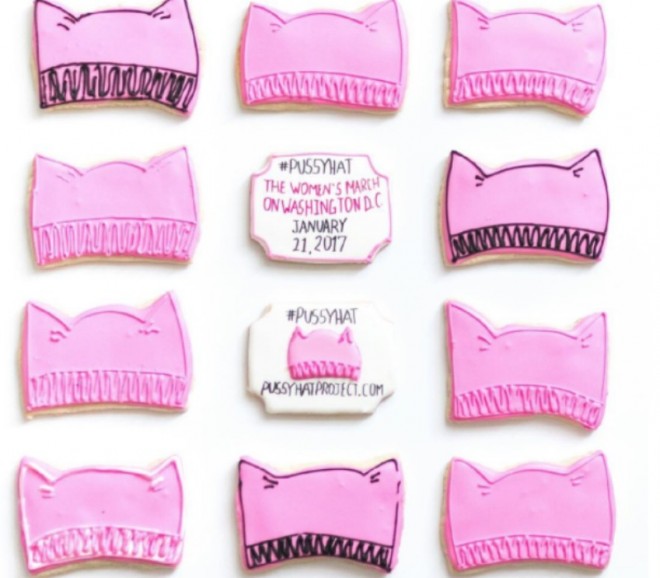 “My sister made this hat for me,” Hamilton social worker Emily Silbert, 37, said. Her sister can’t make it to the march, but they picked out the yarn together.

“They were running out of pink,” she said. This is apparently true of a lot of knitting shops as women all over North America prepared “pussy hats” ahead of the march.

The hat is meaningful to Silbert because of her connection with her sister, but she also brought one to pass on to a younger woman — a high school student on the trip. 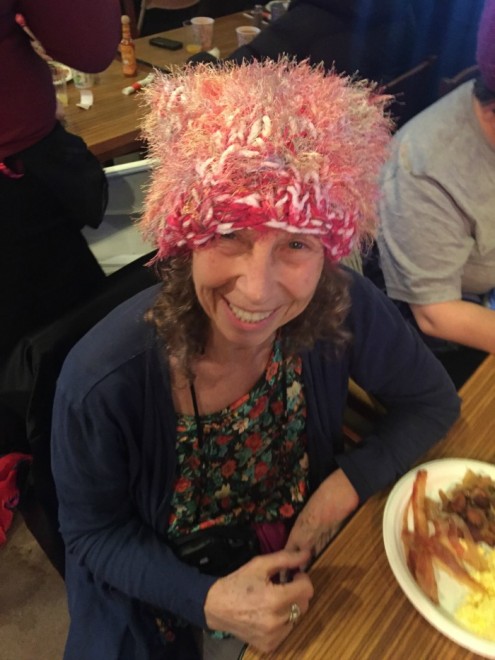 Shel Goldstein, 65, an actress and art model, from Innisfil, Ontario got her fancy take on the hats from an artist in Hamilton, Mitzi Zohar.

“I like the cohesion of [the pussy hats],” she said. “It’s to be supportive of the march. Also, it’s super warm!”

Chatelaine’s complete coverage of the Women’s March on Washington

The pussy hats are super easy to make — literally just a square. A pair of Californian women, Krista Suh and Jayna Zweiman, dreamed up the idea last November. Both had recently learned to knit, and wanted weather-appropriate headgear to wear to the Women’s March. According to Fast Company, an L.A. knitter designed a simple pattern, and the idea took off. Volunteer knitters are making the hats to hand out at the march.

A California congresswoman, Rep. Jackie Speier, even wore one of the hats during Trump’s inauguration.

.@RepSpeier wearing a pink pussyhat at the #inauguration Several members are in pink today. pic.twitter.com/fzodIVPrZS

Celebrities are sporting them, too.

On the @lennyletter bus! A woman just asked if we were relatives. No, we are riot grrrls (both start with R, I get the confusion) pic.twitter.com/XnJbFse0qp 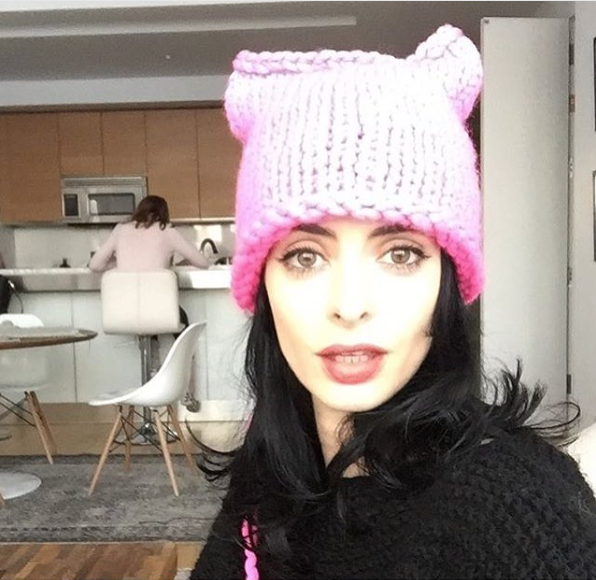 Krysten Ritter in one of the pink hats. ( @p_ssyhatproject / Instagram) 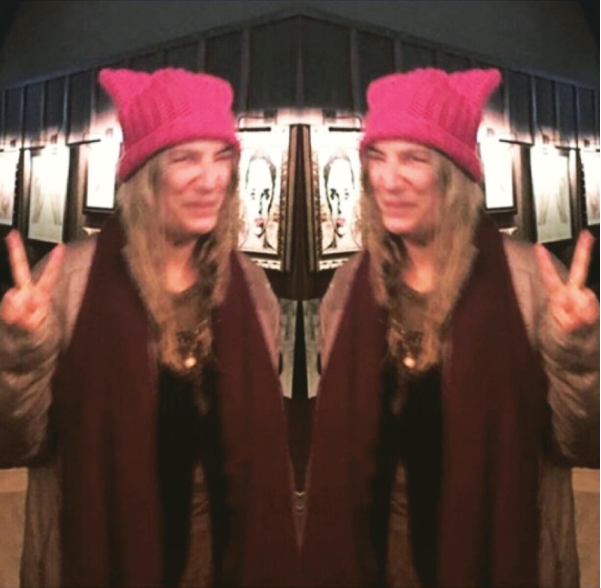 Get the pattern and more info at the Pussyhat Project.

Follow Chatelaine’s coverage of the Women’s March on Washington on Twitter and Facebook — we’ll be sharing stories from staffers Sarah Boesveld, Katie Underwood and Sadiya Ansari, who will be attending the march. Or follow them directly on Twitter: @sarahboesveld; @katieunderwrite; @sadiyaansari. Read our complete coverage here.

More:
What Donald Trump’s presidency means to me
Why I’m joining the Women’s March in Canada
Protest city: A diary of inauguration day in Washington