The mother of two has some Insta-wisdom for new moms. 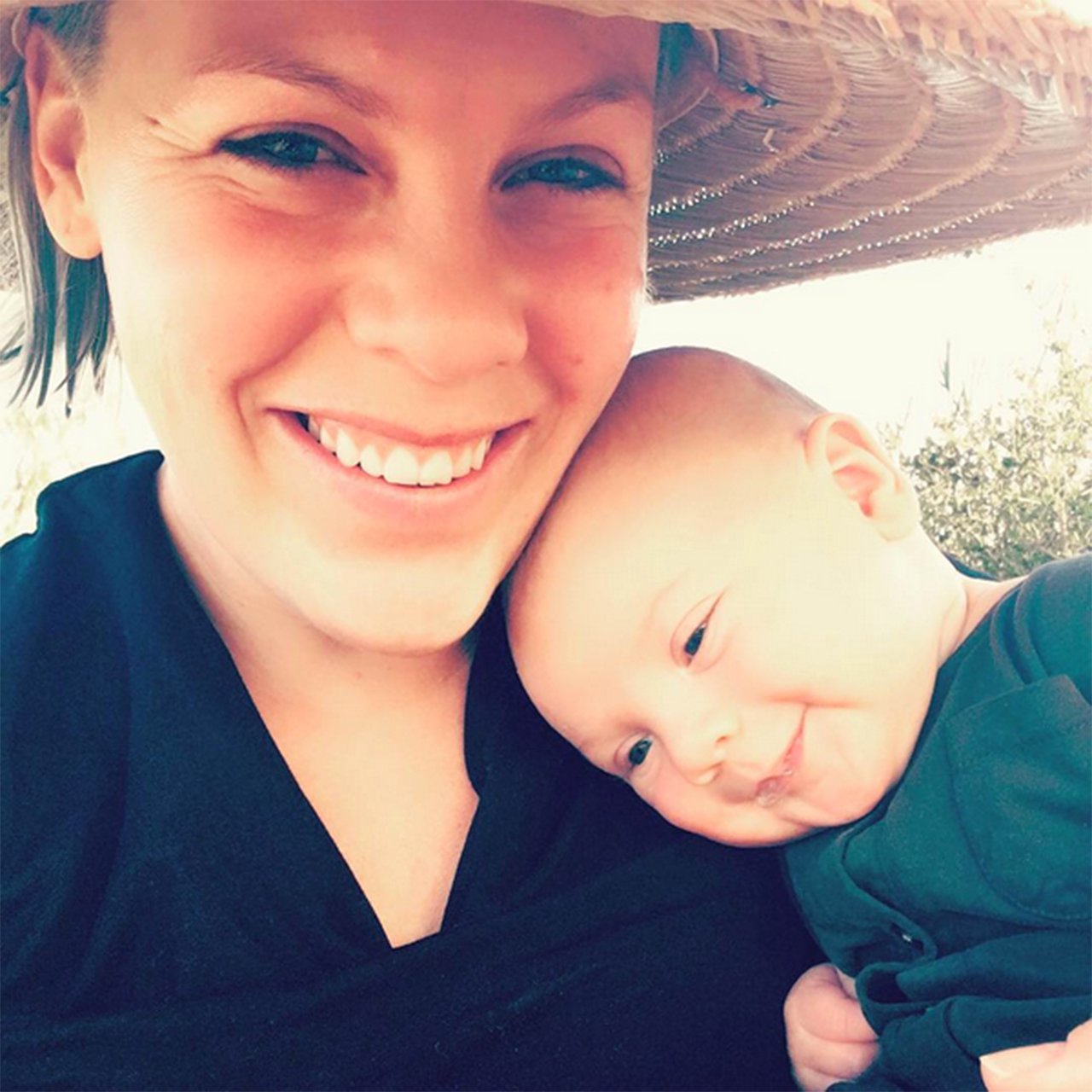 The singer and mom of two keeps giving us more reasons to love her. She and her husband, Carey Hart, are parents to daughter, Willow Sage — born in June 2011 — and just welcomed son, Jameson Moon, in December 2016.

Pink is not one to shy away from publicly calling out haters. After giving birth to her son in December, she (naturally) still has some baby weight — so what? She shouldn’t have to justify that, should she? Well, she did, and it was in her usual, always-positive Pink fashion.

She shared this awesome photo on Instagram to remind new moms to love their postpartum bodies and to not be concerned with the number on the scale.

Would you believe I’m 160 pounds and 5’3″? By ‘regular standards’ that makes me obese. I know I’m not at my goal or anywhere near it after Baby 2 but dammit I don’t feel obese. The only thing I’m feeling is myself. Stay off that scale ladies! #feelingmyself #strongismygoal #bodygoals @msjeanettejenkins #happysaturday #getitin #GIJaneismyWCW

We love that even though she hasn’t reached her goal weight, she’s still feeling herself — as every new mom should.

Besides being ridiculed for microwaving a decaf coffee while pregnant, she’s no stranger to public attacks when it comes to being bullied online about her weight. Back in April 2015, she was attacked on Twitter with “concerns” about her body after attending the 30th Annual John Wayne Odyssey Ball in Beverly Hills. Amidst the hate and negativity, she posted a badass comeback about how she was “perfectly happy” with her post-baby body.

When Willow asked why she was “so squishy,” Pink replied, “Because I’m happy, baby.”

Hear that, world? Let’s stop shaming ourselves and others about body image and weight.

More:
Meet the scientist debunking every dumb food myth on the internet
Subscribe to our newsletters
Why advanced maternal age could make you a better mom