Three additional women have also come forward with allegations of sexual misconduct against the screenwriter and director. 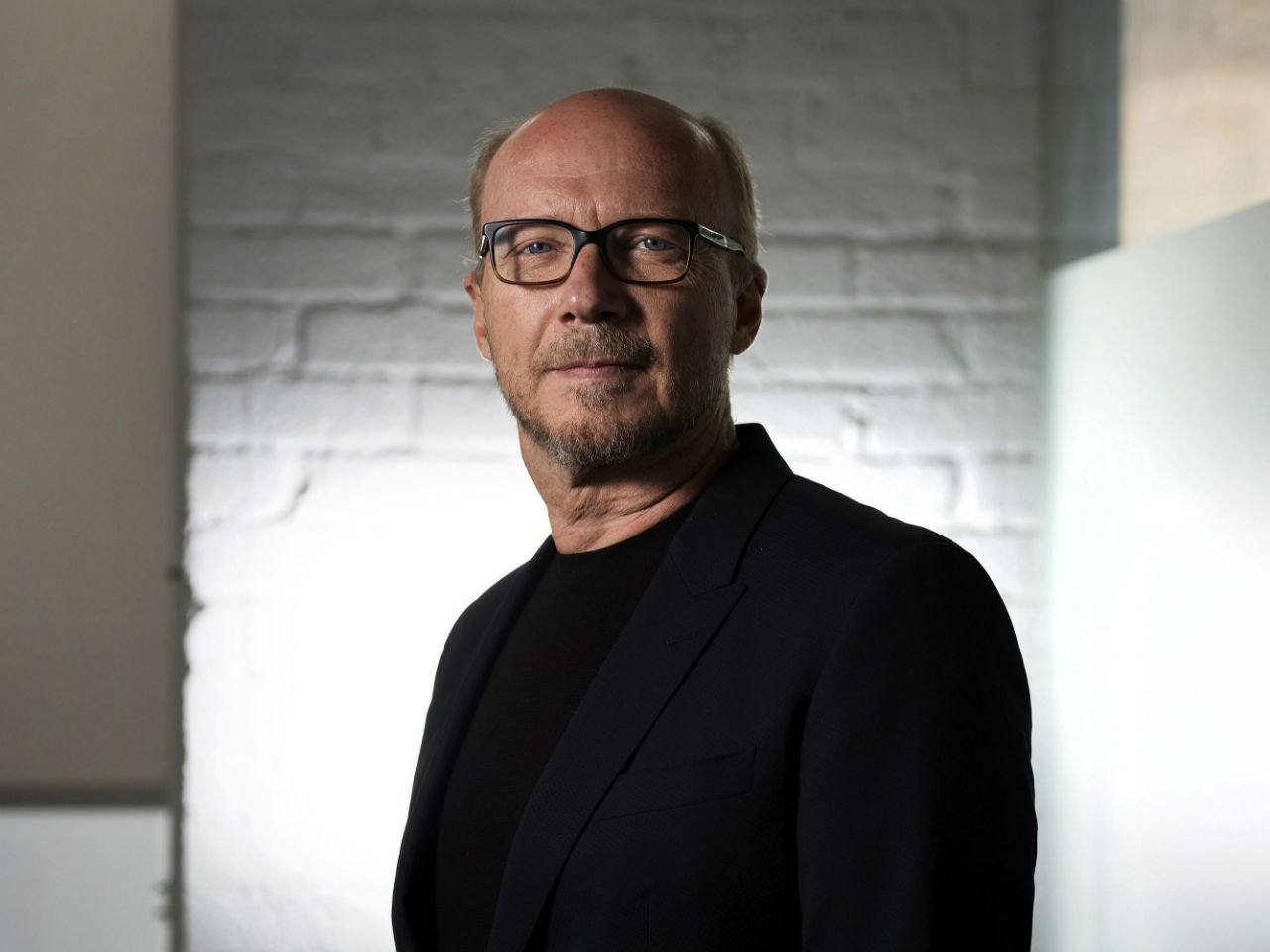 A civil lawsuit charging Oscar-winning filmmaker Paul Haggis with raping a publicist has prompted three additional women to come forward with their own sexual misconduct accusations, including another publicist who says he forced her to perform oral sex, then raped her.

One of the other women speaking out said that Haggis tried to sexually assault her. “I need to be inside you,” she recalled him saying, before she managed to run away.

Another of the new accusers said Haggis held down her arms, forcibly kissed her on a street corner, then followed her into a taxi. She said she later escaped.

When asked about the new accusations, Christine Lepera, attorney for the 64-year-old screenwriter of Million Dollar Baby and Crash, said, “He didn’t rape anybody.”

Haggis has denied the original rape allegation in a counter-complaint to the lawsuit, and said the accuser and her lawyer had demanded a $9 million payment to avoid legal action, which he characterized as extortion.

The plaintiff in the lawsuit, filed Dec. 15 in Manhattan, is identified in court papers as Haleigh Breest. The other three women subsequently came forward to Breest’s New York attorneys. They spoke to the Associated Press on the condition that they not be identified for fear of retribution. The AP generally does not identify people who say they were the victims of sexual assault.

On Friday afternoon, Breest’s attorneys filed an amended complaint that includes details of the allegations lodged by the three new accusers.

In separate interviews with the AP, the three provided detailed accounts of encounters they say occurred between 1996 and 2015. The women were early in their careers in the entertainment business when, they say, the Hollywood heavyweight lured them to private or semi-private places under the guise of discussing productions or a subject of a professional nature.

They all said Haggis first tried to kiss them. In two of the cases, they said, when they fought back, Haggis escalated his aggression.

The new rape accuser said she was a 28-year-old publicist working on a television show being produced by Haggis in 1996 when he called to ask to review photos from the show that night in her office.

“I thought it was odd, but I agreed. He was the ultimate boss. I didn’t feel inclined to say no,” she said.

When Haggis arrived, she said, everyone else had left the office for the night and he insisted they speak in a back office. She said Haggis began kissing her as soon as they walked into the room.

“I just pulled away. He was just glaring at me and came at me again. I was really resisting. He said to me, ‘Do you really want to continue working?’ ” the woman said. “And then he really forced himself on me. I was just numb. I didn’t know what to do.”

She said he made her perform oral sex, then pushed her to the floor and raped her.

When she returned to work the next day, she was so scared of Haggis that she asked a friend to come to work with her, she said.

Her account was corroborated by another friend, who said that in the weeks after the attack the woman lost weight and appeared to be depressed. When she asked what happened, the woman said Haggis had raped her a few weeks earlier, the friend said.

The friend spoke to the AP on condition of anonymity because she still works in the entertainment industry and feared possible retaliation.

The accuser said she considered calling the police but feared that no one would believe her and worried that Haggis could end her career.

“The power, the anger, the financial resources, you feel like you are not really a match for that,” she said.

The woman said she felt inspired to come forward after seeing Haggis’ photo and a news story about Breest’s lawsuit, amid the growing #MeToo movement of women speaking out about sexual misconduct by powerful men in Hollywood, politics, the media and other industries.

Breest accuses Haggis of raping her after he lured her back to his apartment in Manhattan following a film premiere in 2013.

She had accepted his offer of a ride home. Instead, she said, he brought her to his apartment in SoHo and invited her inside for a drink. Fearing she would insult him if she declined the offer, Breest went into his apartment and had a glass of wine.

Quickly, Haggis became “sexually aggressive,” she said in her lawsuit, and began kissing her.

She was “petrified and felt paralyzed,” the suit said, when Haggis asked her, “You’re scared of me, aren’t you?”

Haggis then forced her into a bedroom and onto a bed and tried to tear off her tights, she said. She called out “no,” but he wouldn’t stop, she said.

When she woke up hours later, feeling sore, scared and humiliated, she saw Haggis sleeping in another bedroom, and left.

Breest said she went to a clinic to be checked for sexually transmitted diseases, then told several friends and a psychologist.

The third accuser was in her 30s when she met with Haggis at his Los Angeles office in the late 2000s to pitch him a potential television show. When she arrived for the meeting, set for 9 p.m., there were other employees around, but all quickly left. She said he had a bottle of wine open on his desk, too, and that when she sat down on a couch in his office, Haggis told her he had an arrangement with his wife to have extramarital relationships.

Panicked, she said, she looked for her car keys and an escape route, as Haggis came around a table and tried to kiss her.

She said the thought to herself, “How am I going to escape alive?”

“I felt like my life could have been over,” she said.

She ran to her car. Haggis followed her outside, but she managed to get in and drive off before calling her sister and several friends to tell them what happened, she said. A friend told the AP she remembered being told about the incident.

The new accuser who said Haggis forcibly kissed her, then followed her into her taxi, said the encounter occurred in 2015 in Canada. She said she was in her late 20s at the time and knew Haggis from film events.

She said that when the taxi arrived at her apartment, Haggis threw money at the driver, chased her and kissed her again before she was able to get into her residence and shut the door. She said Haggis waved his hands at her once she was inside and sent her harassing text messages for the next 24 hours, until she blocked him.

After years of working in television, Haggis broke out in the mid-2000s when he became the first screenwriter to write back-to-back best picture winners, Million Dollar Baby and Crash, which he also directed. He also gained attention for his defection from Scientology in 2009, and public criticism of the religion in a 2011 New Yorker article, a book and an HBO documentary. All the women interviewed denied any connection to Scientology.

Haggis has presented himself as an advocate of the underdog in his films, addressing racism, euthanasia and war. He also is known for his involvement with charities, including the Haiti-focused Artists for Peace and Justice, and his condemnation of Harvey Weinstein.

In an interview with The Guardian in October, Haggis said that while he didn’t think sexual harassment and abuse were endemic in Hollywood, it was a “fairly sexist” town. He also spoke further about Weinstein.

“A lot of people are compromised by Harvey’s alleged actions,” said Haggis. “Although everyone thinks it is vile behaviour, you have got to focus on those who may have colluded and protected him. For me, they are as guilty as he is and in some cases more so, if I can say that. I mean, he was a predator and a predator is a predator. But what about those who would rather look the other way?”

In a statement Thursday, Breest’s lawyers responded to Haggis’ counter-complaint.

“We view Mr. Haggis’s claims against Haleigh Breest as ludicrous, and a further act of aggression. In our system of justice, those who have been wronged have the clear right to seek redress and hold those responsible accountable for their misconduct,” said Jonathan Abady of Emery Celli Brinckerhoff & Abady LLP. “In an act of remarkable hubris, Mr. Haggis has the temerity to claim that he, not her, was the victim. It is a preposterous and transparent PR stunt that will not succeed. Ms. Breest will not be intimidated or deterred from seeking justice.”