In the wake of #MeToo, two provincial party leaders — Patrick Brown in Ontario and Jamie Baillie in Nova Scotia — stepped down, and sport and disabilities minister Kent Hehr resigned from federal cabinet after allegations of inappropriate behaviour surfaced. 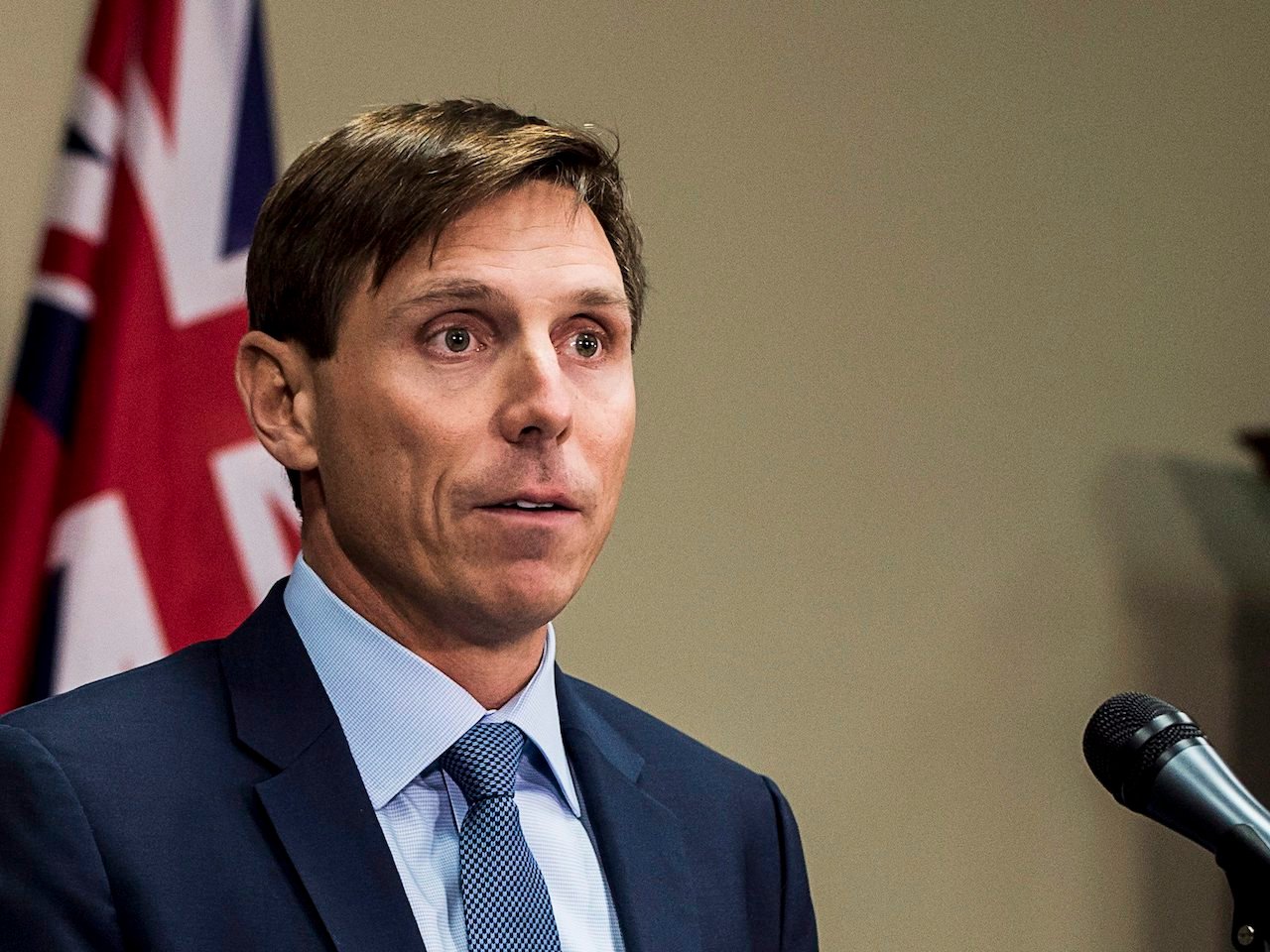 Ontario Progressive Conservative leader Patrick Brown has stepped down just four months before the provincial election in the wake of two allegations of inappropriate sexual behaviour. Brown denied both of the allegations in a press conference held late Wednesday — but said in a statement early Thursday morning he was vacating the leadership after “after consulting with friends, family and caucus members.” In the same statement, he called the allegations “false and difficult to hear.”

Who is Patrick Brown?

The 39-year-old has been leader of Ontario PC party since 2015 and holds the provincial seat for Simcoe North (in which he will remain, he indicated in his statement). He was also a Conservative MP representing Barrie from 2006 until 2015.

What are the allegations?

Two women have come forward with allegations; both were teens at the time of the alleged incidents, according to a CTV report that aired late on Wednesday.

One woman was 18 and in high school when she met Brown at a bar in Barrie more than 10 years ago, when he was a federal MP in Stephen Harper’s Conservative caucus. She alleges that Brown invited her over to his home for a tour. When at his home, the woman says he closed the door to his bedroom and asked her to perform oral sex.

The second woman was also 18 when she met Brown on an Air Canada flight on the way home from university in 2012. She worked for Brown the following summer in his Barrie constituency office, organizing an event called Hockey Night in Barrie. At a nightclub, she said she was given many drinks by Brown and others, and then the party moved back to Brown’s home. There, she says, he invited her and a friend to his bedroom to look at photos. The woman says she was drunk at that time, while Brown was not (he has publicly said he never drinks). When the friend left Brown’s bedroom, she alleges he started kissing her. She also alleges he laid on top of her while she remained frozen. She told CTV she stopped his advances by telling him she had a boyfriend and she needed to go home, and he drove her home.

Who else on Brown’s team has resigned?

Ahead of the CTV report, three of Brown’s senior staff resigned, including chief of staff Alykhan Velshi, campaign manager Andrew Boddington and deputy campaign manager Dan Robertson as a result of Brown’s initial refusal to step down. After vehemently denying the allegations in a press conference late on Wednesday, Brown resigned through a statement just before 1:30 a.m on Thursday morning.

Wait, Brown is actually one of two provincial leaders to resign recently?

Senior party members confirmed the claim involved sexual harassment, while CBC reported that the allegation involved a female staff member in the PC caucus office. No other details have been provided about the complainant or the allegation.

Baillie posted his resignation on Twitter, adding, “My priority is my family and I ask that our privacy be respected.”

What about federal sport and disabilities minister Kent Hehr?

Prime Minister Justin Trudeau accepted Hehr’s resignation from the federal cabinet on Thursday, pending an investigation into an allegation that the minister made inappropriate sexual remarks while he was a provincial politician in Alberta.

In a statement, Hehr did not directly address the allegations, and said he would stay on as an MP. “I have been informed that an investigation into these allegations has begun and I welcome and respect this process.”

Trudeau, who characterizes the move as a leave of absence, said Hehr’s duties will be performed in the meantime by Science Minister Kirsty Duncan.

The allegation, which stems from Hehr’s time as an Alberta MLA a decade ago, was made on social media Wednesday night. Kristin Raworth, a former employee at the Alberta legislature, said that when she started her job she was warned against being alone with Hehr, but ended up in elevators with him because they worked in the same building. She said he once called her “yummy” and would make similar remarks in subsequent encounters. Upon talking with other female staff, she realized others had had similar experiences.

With files from The Canadian Press