Canada’s stubborn wage gap could get a kick in the pants from new legislation proposed by the Ontario Liberals. 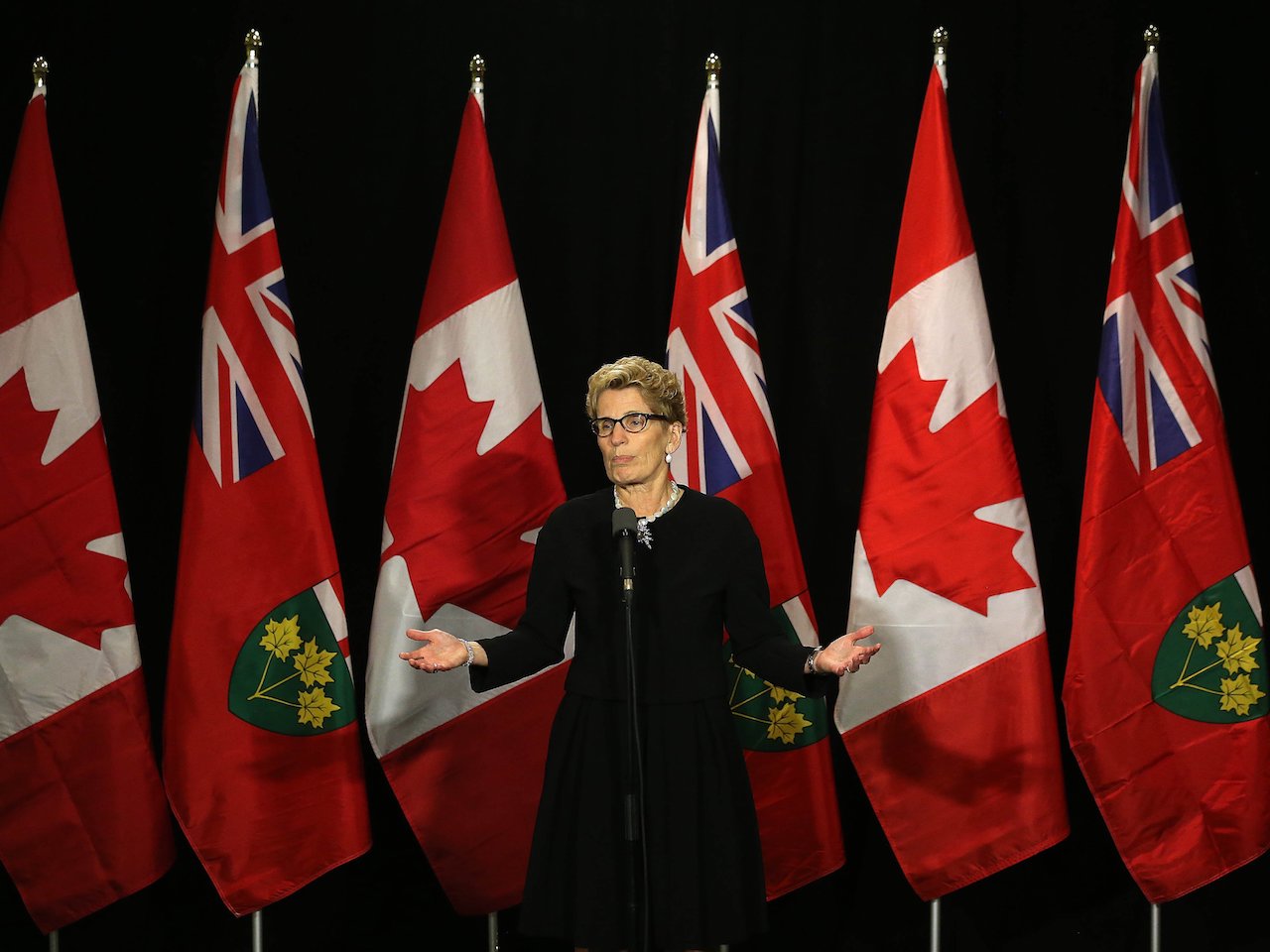 On average, Canadian women earn less than Canadian men (fight me, it’s true). Twenty-six percent less, to be exact. It’s a number that, despite all of our best, feminist efforts, has not actually shifted that much in the last 30 years. Why? Well, plenty of intangible factors feed into women getting literally shortchanged — bias, lack of women in senior leadership, SOCIETY — but the way workplaces publicize salaries (or, more importantly, don’t) is part of that gap, too.

Enter the Ontario Liberal government, who, this week, introduced legislation to increase ‘pay transparency’ across the province. Called “Then Now Next: Ontario’s Strategy for Women’s Economic Empowerment,” the $50-million initiative, which was inspired by existing legislation in Germany and Australia, is expected to affect workplaces with 500+ employees, and later, those with more than 250.

So, if passed, how would this bill help women? The benefits are three-fold.

1. The bill would require all publicly advertised job postings to include a salary rate or range.

Why this is a win: With an established pay band for all to see, there would be significantly less wiggle room for employers — either because of bias of other factors — to favour men, money-wise. It would also allow women, whose experiences of the negotiation process are often rocky (anecdotally, at least), to have a concrete salary figure or go into talks knowing the upper and lower limits of what they could potentially ask for and earn. Less “funny stuff,” basically.

2. The bill would bar employers from asking about past compensation and prohibit reprisal against employees who do discuss or disclose compensation.

Why this is a win: The advantages for companies to keep their workers mum on what they respectively make — especially around the water cooler — are numerous and obvious. Chief among them is that disclosure among colleagues invites knowledge, which, depending on the fairness of an organization’s paying practices, could invite hurt feelings, and, by extension, arm women with hard numbers to make a case for more money.

3. The bill would require large employers (the 500+ club) to track and report compensation gaps based on gender and other diversity characteristics, and disclose the information to the province.

Why this is a win: Accountability for all! This would also allow statisticians to measure the efficacy of the bill — i.e., whether the legislation is actually closing the gap over time. Knowledge is power, after all.