The photograph of Justin Trudeau running through a crowd of prom goers wasn’t a photobomb, but part of a staged publicity campaign 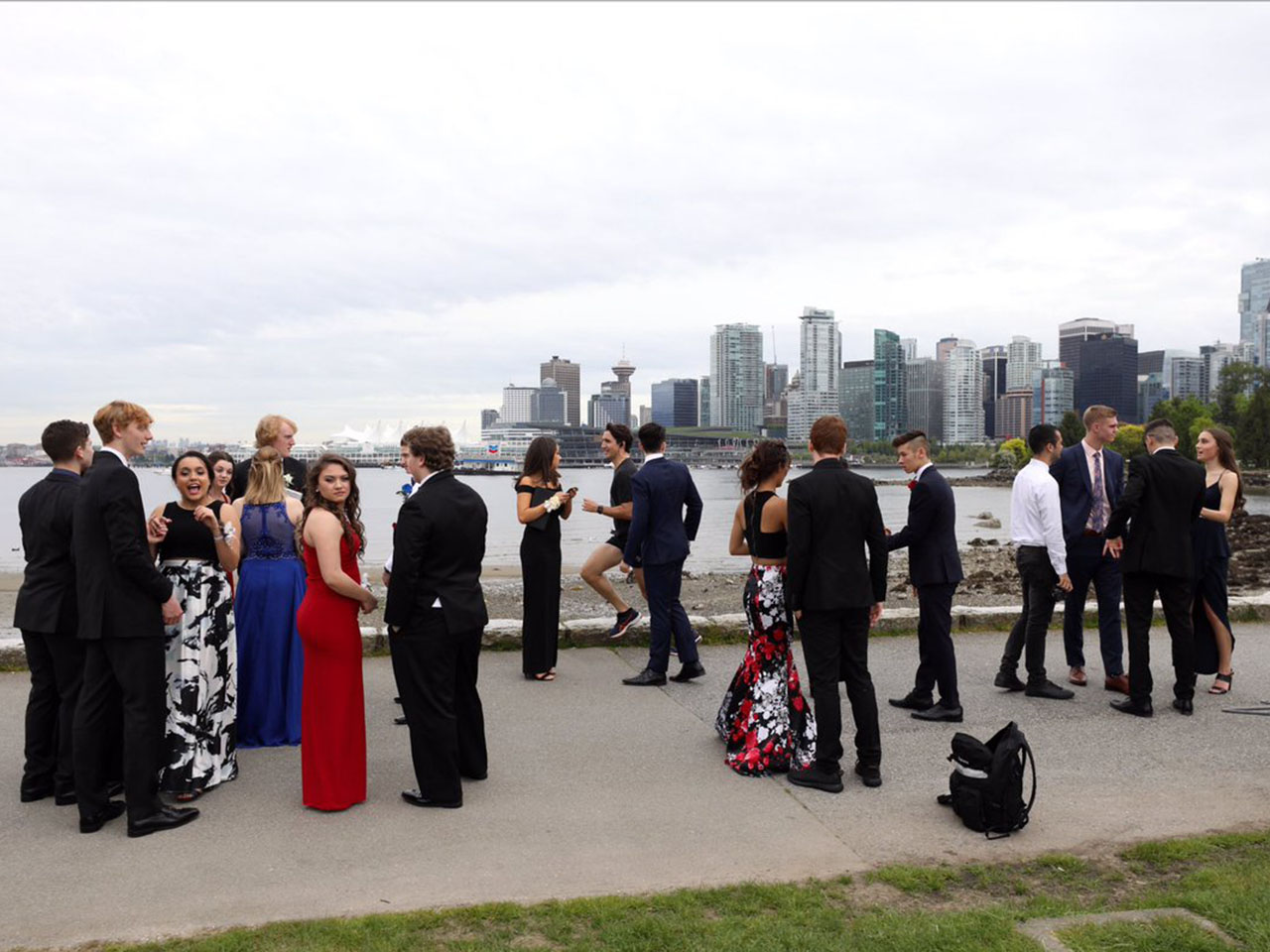 Lost: the proper definition for “photobomb.”

Last week brought the latest polaroid for Trudeau’s public relations scrapbook, when a picture emerged of a group of teenagers standing by the Vancouver waterfront before prom just as the Prime Minister casually jogged by in the background.

Not to get all technical, but the definition of a photobomb is: “to ruin a photograph by appearing in the image without the photographer’s knowledge.”

And the Prime Minister would have a hard time arguing that he photobombed kids getting ready for prom when the picture was surreptitiously taken by Trudeau’s own personal photographer, Adam Scotti.

“This is part of a little side project to document the places we go and the runs we go on,” wrote Scotti on his Instagram account, offering some backstory to his widely-circulated photo. “Sometimes it’s just scenic shots, other times, it’s running past an unsuspecting grad group—half clued in, others were more distracted by the ginger with the camera.”

If anything, the prom goers photobombed Trudeau’s running picture, since only Trudeau and his photographer knew the picture was happening.

Such semantics gone wrong wouldn’t be such a big deal except this is hardly Trudeau’s first “photobomb” since becoming Liberal leader. Trudeau was topless in Tofino, B.C. when a photographer snapped a pic of him in the background at a beach wedding and posted it on her Twitter account.

#Trudeau moves out of the way for a bride coming onto the beach to be married. #tofino #cdnpoli #surf #wedding pic.twitter.com/0oWus4Qsmi

Then there was the time Trudeau “photobombed” a bridal party in 2014—again with his own photographer. 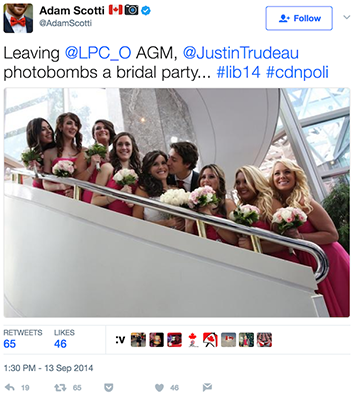 Sure, Trudeau’s attendance in all cases was a surprise to the other people in the frame—but it’s still not a photobomb. And what once appeared like a pleasant coincidence of timing for whomever gets to pose with the Prime Minister, it’s starting to feel even more like a staged exercise than it was before.
To get a photo of Trudeau jogging past the prom goers, for example, his staff photographer would have had to run ahead of Trudeau’s planned route, set up his equipment, and then get the shot ready just as Trudeau ran by. It’s no wonder the teenagers were likely “distracted by the ginger with the camera,” as Scotti himself said. How could they expect the Prime Minister to use the well-dressed prom group as a PR prop?

And for the record, here’s what an actual photobomb by Trudeau looks like.

More:
Your weekly horoscope: May 24 – 30, 2017
Subscribe to our newsletters
How I faked my way to a happy marriage