Did he say whore or horde? Sask. politician wants an apology

Saskatchewan NDP hopeful Karen Purdy wants an apology from Tory MP Tom Lukiwski, who appeared to call her an “NDP whore” during his victory speech on election night last month. “Not only do I deserve an apology but the women of his constituency do too,” Purdy said in a phone interview with Chatelaine.

Moose Jaw MP Lukiwski told the CBC he said “horde” not whore, but Purdy said his words were “crystal clear.”

“I’m extremely disappointed that a Member of Parliament would hold on to a disgusting attitude,” said Purdy. “To say that about any woman is abhorrent.”

Purdy, who won the provincial NDP nomination of Moose Jaw Wakamow in April, says she’s never met Lukiwski. In a media scrum on Thursday, Purdy said she received a message from Lukiwski, but said she wasn’t planning to return his call. She also called for his resignation.

The incident was caught on video by reporter Mickey Djuric. In it, Lukiwski is encouraging supporters to get involved in the provincial election this spring and back incumbent MLA Greg Lawrence instead of the NDP. “He’s too important of an MLA to let go down to an NDP whore just because of a bad boundary,” he appears to say in the video above at the 1:41 mark.

Djuric made the video public on her blog Thursday, writing that she resigned from the Moose Jaw Times-Herald because the newspaper did not run her story about the remarks. 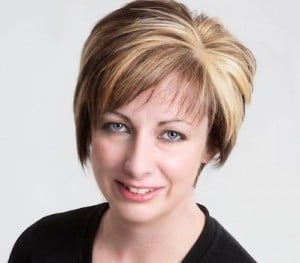 This isn’t the first time Lukiwski’s comments have been scrutinized.

“There’s A’s and there’s B’s. The A’s are guys like me, the B’s are homosexual f—–s with dirt on their fingernails that transmit diseases,” he was captured saying in a 1991 video of a provincial Tory gathering. He apologized when the comments surfaced in 2008.

Purdy characterized Lukiwski’s remarks on election night as “old school.” But she isn’t going to let the incident distract her.

“I have more important things to focus on,” Purdy said.

Judge asks woman, “Couldn’t you just keep your legs together?”
This politician’s account of abuse brought her colleagues to tears
Why the Liberals need to get the MMIW inquiry right