Chatelaine talked to the NDP leader about her platform and what it will take to maintain her lead on at the polls on June 7. 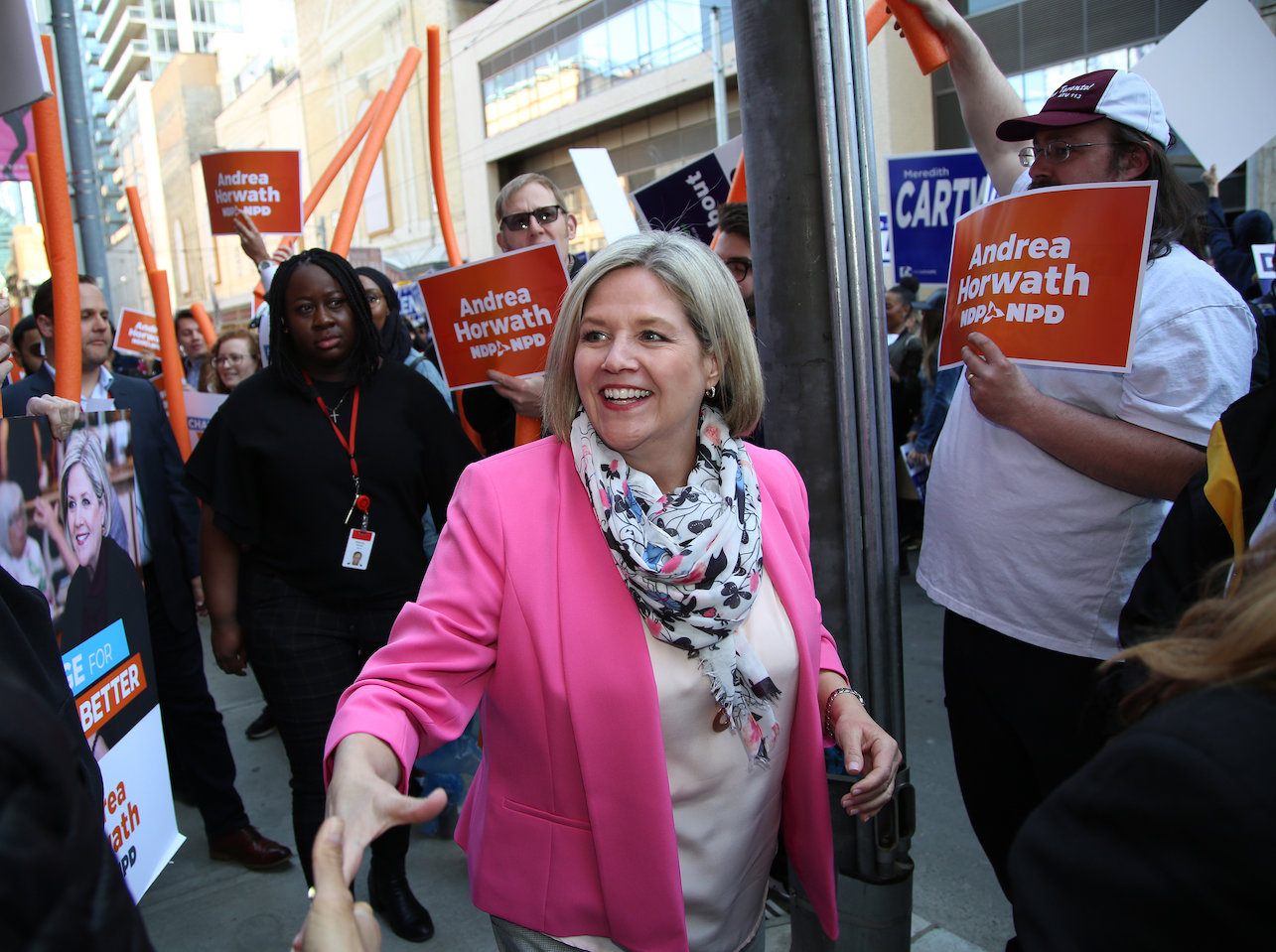 Ontario’s New Democratic Party leader Andrea Horwath has been waiting nearly a decade for her chance to run Canada’s most populous province. After landing at the back of the pack in the last two elections, this race for the premier’s chair looks quite different.

With Liberal leader and incumbent Kathleen Wynne’s popularity waning and a concerted “anyone but [Conservative leader] Doug Ford” mindset among some voters, Horwath has found the runway before her clearer than ever before. A Macleans-Pollara poll released this week found the party has 43 percent of the decided vote, compared to 32 percent for the PCs. (Also of note, the NDP has run a slate of 56 percent women in this election — more than any other party in the province’s history.)

So what’s this all been like for the 55-year-old single mother, who’s also marking her 20th year in politics? And what will she do if and when she forms government, now that it’s no longer a pipe dream? Horwath sat down with Chatelaine to talk about how her party is winning over voters, how the game has changed over the last 10 years, and what she’s most excited to do once this election is over.

A lot of people have said they’ll vote strategically in this election to keep Wynne or Ford from winning power. Wouldn’t you rather people were just purely excited about voting NDP?

What Doug Ford Says About Women Says Even More About Him Well, [getting them excited] is what we have to do, and what we’ve been trying to do. They are disappointed with Kathleen Wynne and the Liberals, and have been for some time now. And there is a worry and a fear about what might happen if the Progressive Conservatives come in and cut even deeper. So what we’re saying to folks is, you can look to a party that has a hopeful campaign, that fixes what’s wrong and makes sure that things people care about are addressed. What has kept our campaign so vibrant, I think, is that we haven’t let ourselves fall into the negativity and the mud slinging.

You’ve been in politics for a long time — what’s changed in terms of how gender plays a part, and what does it take these days to win?

Thick skin! It takes thick skin. The kinds of attacks you get politically these days are not the same as they were, let’s say, 20 years ago. But there’s still this attempt to create uncertainty around your ability. Is that because I’m a woman? Is it because I’m a woman of a certain personality and nature? Is it because there’s an assumed vulnerability — an assumed ability to get under my skin or assumptions that I’m weak because of my gender?

Maybe also because you’ve been the third-place party since the 1990s?

Yeah, we’re the underdog. Yes, we’ve formed government only once and people have some negative things to say about that. But on the other hand, with Liberals and Conservatives at the helm, we have an economy that serves some very particular interests and not everyday people.

What’s your response to Ford’s suggestion that anyone who publishes a costed plan is “lying” to voters?

Yeah, it was a subtle hit . . . I just believe people can rise above that kind of nonsense. There are older gentlemen, who are not [traditionally] our voter, approaching me and saying, “There’s no way I would vote for the Liberals, I’ve always voted Conservative, but I like your dental plan, I like the fact that you’re going to fix hospitals and healthcare and I trust you on that.” One man I met this week said this and then said, ‘Doug Ford is not a premier.’ We’ve had a positive response from women voters, but now as we’re getting close to the end, we’re starting to get more and more men who are not necessarily our traditional support base.

What do you say to people who are skeptical of how you’re going to pay for things like your promise of free child care for families who make less than $40k a year, and that $1.2 billion investment to make dental care free for people who need it?

The challenge we have is showing people the difference between the tax cuts Mr. Ford talks about and the value of what they lose when services continue to be cut. What we’re talking about is affordable child care, more affordable rent, dental care, pharmacare, which come out of people’s pockets. Mr. Ford talks about tax cuts, but the bulk of those cuts are for the very, very wealthy.

There has been more scrutiny placed on you than ever before. Have you found it to have sexist undertones?

There was one column that scrutinized my clothing allowance. I thought, “Are we really talking about women’s clothes again? They think that is important compared to all the other issues that we have to talk about?” It’s not even so much the scrutiny, it’s the pressure it brings – not only for myself to be the person who has to respond, but how badly I feel for the candidates who are being dragged through the mud…

You’re referring to some of your candidates who’ve been accused of problematic behaviour prior to this election — one had shared a Hitler meme on Facebook, another had been arrested for trespassing during a protest. Why are you defending these candidates and not just dropping them?

I don’t think there’s a single person on earth who doesn’t regret something they’d done in their past, or who hasn’t grown from an experience that would’ve been labelled controversial in the past. I’m sure glad Facebook wasn’t around when I was in my 20s! 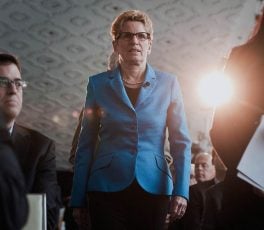 Here’s One Thing Kathleen Wynne Shouldn’t Be Sorry For, Despite What Voters Think

I would definitely not scrap it. I’m not going to fix what’s not broken, but women’s organizations are one of the sole social services that continue to not have any base funding from the government and there’s more Ontario can be doing for that. The Liberals changed the employment standards to ensure 10 paid days off for women who are leaving [violent situations]. If we’re changing the labour laws there, it would not be something that would go on the employer’s back [in terms of having them carry the cost], because it’s a social responsibility.

If you win on June 7, you’d be the second woman to lead Ontario. Do you think “seconds” in women’s history should get more credit than they do?

Absolutely. It’s a great position to be in because you can learn from what went right and you can fix what went wrong. Somebody else has gone through the path with the machete before you.

What are you most looking forward to after this election is over?

Not wearing makeup for 24 hours!