"For decades," the iconic magazine acknowledged, "our coverage was racist." 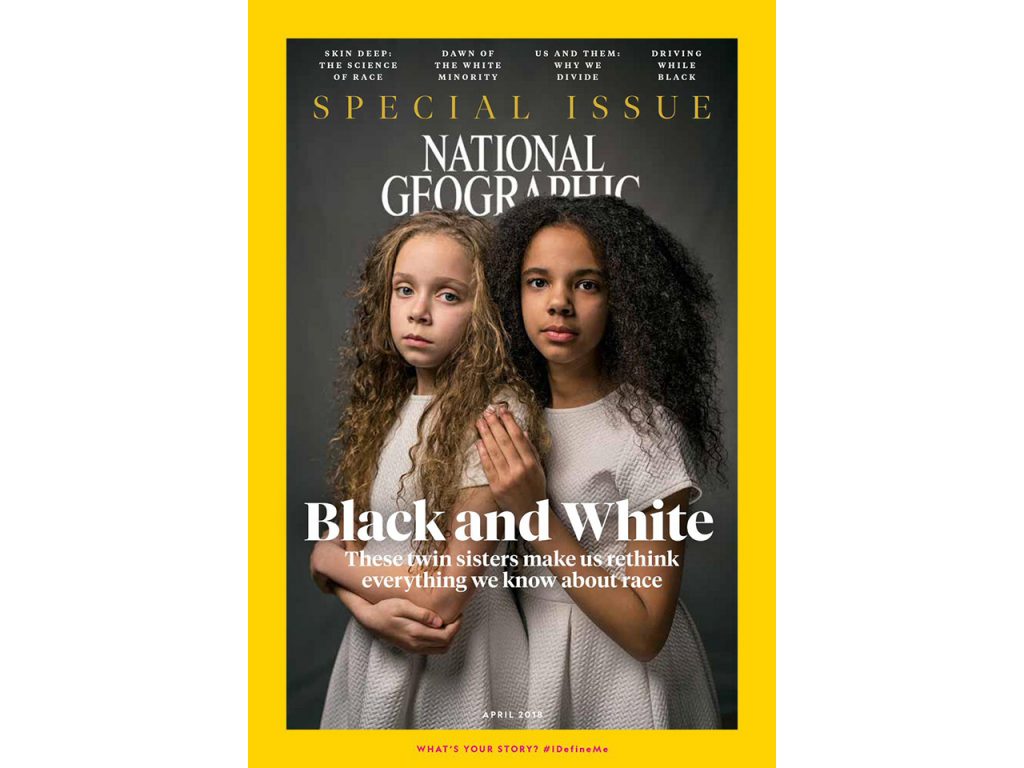 Cover of the April issue of National Geographic, focused on race

For many who grew up before the Internet, National Geographic magazine was a first glimpse of the wider world. This week, the iconic magazine owned up to something it now realizes about the view it provided. “For decades,” they said, “our coverage was racist.”

It’s a declarative statement — decisive and sure. Which is striking since, in other instances of reflection we’ve seen lately, it is much more common to see statements pleading ignorance, a misunderstanding, that it was simply a product of a less enlightened time.

But in order for the magazine to explore the complexities of humans’ relationship with race, in an issue released this April to mark 50 years since the assassination of Martin Luther King Jr., editor-in-chief Susan Goldberg said National Geographic would be remiss to not turn the mirror on themselves.

“I’m the tenth editor of National Geographic since its founding in 1888. I’m the first woman and the first Jewish person — a member of two groups that also once faced discrimination here. It hurts to share the appalling stories from the magazine’s past,” she wrote. But if her magazine is going to authentically document the experience of race, she said, self-reflection is necessary. It’s important to call their gaze out for exactly what it was.

To help with their critical self-analysis, Goldberg asked University of Virginia professor John Edwin Mason to dig through the National Geographic archives with a post-colonial lens, drawing on his expertise in the history of photography and the history of Africa. He found that, up until the 1970s, the magazine basically ignored people of colour in the United States and consistently fed racist stereotypes of “natives” abroad. (It ran photos of tribes of men marvelling over technology exposed to them by white visitors, and, in 1916, a caption under a photo of Indigenous Australian men that read: “South Australian Blackfellows: These savages rank lowest in intelligence of all human beings.”)

“Americans got ideas about the world from Tarzan movies and crude racist caricatures,” Mason said. “Segregation was the way it was. National Geographic wasn’t teaching as much as reinforcing messages they already received and doing so in a magazine that had tremendous authority.

Another good example of this kind of action: Last Thursday, the New York Times ran obituaries of 15 remarkable women years after their deaths went undocumented by the newspaper. The project, “Overlooked,” acknowledged that most of the people remembered in its pages were privileged white men, and the NYT has pledged to add more stories of women and people of colour and run it as a regular feature.

This willingness to acknowledge past wrongs provides a great example of how organizations — and individuals — can move forward by taking a dispassionate, critical look back. It also matters to use the right words.

Here are a few reactions:

This is vital reading. While I adore @NatGeo a million ways, the racism systemic in their style has become the standard, and one routinely perpetuated by the charity tourism lens popular on social media. https://t.co/HX37f4jLol

Incredible. National Geographic breaks down decades of racist coverage in its own archives. Wow.https://t.co/cfWtHvjC6N

The first step in recovery is admitting you have a problem @NatGeo. Thank you, now please hire more POC. https://t.co/J5d5KzdDj8