Mosquitoes have begun spreading Zika in the U.S.

Four people in the Miami area are believed to have caught the virus locally, from mosquito bites. 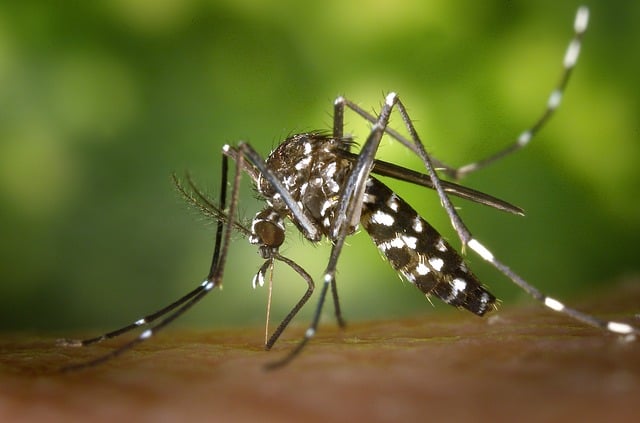 Mosquitoes have apparently begun spreading the Zika virus on the U.S. mainland for the first time, health officials said Friday, a long-feared turn in the epidemic sweeping through Latin America and the Caribbean. Four recently infected people in the Miami area – one woman and three men – are believed to have caught the virus locally through mosquito bites, Gov. Rick Scott said at a news conference.

U.S. health officials said they do not expect a widespread outbreak of the sort seen in Brazil and other countries. While officials have long predicted mosquitoes in the continental U.S. would begin spreading Zika this summer, they have also said they expect only isolated clusters of infections.

No mosquitoes in Florida have actually been found to be carrying Zika, despite the testing of 19,000 by the state lab. But other methods of Zika transmission, such as travel to a stricken country or sex with an infected person, have been ruled out. The four patients in Florida would be the first of the more than 1,650 U.S. Zika cases to have contracted the virus from a mosquito on the U.S. mainland. “This is not just a Florida issue. It’s a national issue – we just happen to be at the forefront,” Scott said.

Some medical experts said pregnant women should not travel to the Miami area, especially if it involves spending time outdoors. However, the U.S. Centers for Disease Control and Prevention is not recommending people avoid travelling to South Florida. The virus is so mild that most people who are infected don’t even know they are sick, but infection during pregnancy can cause babies to born with disastrously small heads and other severe brain-related defects.

The four Florida infections are thought to have occurred in a small area just north of downtown Miami, in the Wynwood arts district, Scott said. The area, known for bold murals spray-painted across warehouses, art galleries, restaurants and boutiques, is rapidly gentrifying and has a number of construction sites where standing water can collect and serve as a breeding ground for the tropical mosquito that carries Zika. It’s the only part of the state being tested for potential local transmission of Zika, Scott said.

“If I were a pregnant woman right now, I would go on the assumption that there’s mosquito transmission all over the Miami area,” said Dr. Peter Hotez, a tropical medicine expert at the Baylor College of Medicine. He said that while health officials have reported four infections, there are probably more that have not been diagnosed, and that people should not be surprised if mosquitoes are soon found to be spreading Zika in Louisiana and Texas as well.

Dr. Tom Frieden, the CDC director, said the evidence suggests that the mosquito-borne transmission occurred several weeks ago over several city blocks. Zika primarily spreads through bites from a specific species of tropical mosquito that can also carry other diseases, including dengue fever and chikungunya. The mosquito is found in urban parts of the South. But it doesn’t tolerate cool weather and won’t be found in large numbers outside South Florida after the mosquito season peaks in August and September.

Health officials think that the U.S. should be able to avoid a major outbreak because of better sanitation, better mosquito control and more extensive use of window screens and air conditioners. Florida and other states have successfully fought off outbreaks of dengue and chikungunya in recent years.

It’s not unusual that no mosquitoes have tested positive for Zika, said C. Roxanne Connelly, a medical entomology specialist at the University of Florida and a past president of the American Mosquito Control Association. It can take a couple of weeks before an infected person shows symptoms, and by then the mosquitoes that transmitted the virus are dead, she said.

“Believe it or not, it’s difficult to find positive mosquitoes even when you’re in the middle of an epidemic,” Connelly said. “Sometimes you don’t know where these people were infected. At home? At work? Where they were playing baseball?”

Scott has allocated over $25 million in state funds for Zika response, and the White House and the CDC have provided over $10 million. However, Congress left on a seven-week vacation without giving the Obama administration any of the $1.9 billion it sought to battle Zika. White House spokesman Eric Schultz called that “regrettable” and said: “Today’s news should be a wake-up call to Congress to get back to work.”

What Canadians need to know:

As Florida has its first reported case of Zika virus transmitted by mosquitoes on the U.S. mainland, here’s what Canadians need to know:

What is Zika virus?

It’s a mosquito-borne illness that has spread to epidemic levels in parts of the southern hemisphere. The virus causes birth defects like infant microcephaly and other severe brain anomalies. While it’s generally transmitted by mosquitoes, sexually transmitted cases have been reported.

Zika virus has been reported in Africa and parts of Asia since the 1950s, and in the southwestern Pacific Ocean since 2007. Cases of Zika were first detected in South America in early 2015. It has since reached epidemic levels throughout South and Central America, southern Mexico and the Caribbean. More than 1,650 Zika infections have been reported in the U.S., but the four patients in Florida would be the first not linked to travel outside the U.S. mainland.

Could it come to Canada?

There are currently 168 travel-related cases of Zika virus in Canada, and one sexually transmitted case. But the mosquitoes that carry the virus – called the yellow fever mosquito – are “not established” in Canada, and wouldn’t be suited to our climate, according to the Public Health Agency of Canada. The agency considers the risk of a Zika outbreak in Canada to be low.

How can Canadians protect themselves?

The Public Health Agency of Canada also says that in addition to being sexually transmitted, Zika can also spread via contaminated blood. The agency warns that Canadians travelling to regions where Zika is prevalent should protect themselves against mosquito bites by using insect repellant, wearing protective clothing and using mosquito nets, and to use condoms if engaging in sexual activity with people who may have been exposed.

More:
Here’s when you should ask your doctor for medical tests
Self-care is vital to your health. Here’s how to practise it
10 aluminum-free deodorants that actually work