The impact of miscarriage may be considered a disability

In a recent decision, the Human Rights Tribunal of Ontario considered one woman's miscarriage a disability in an employment discrimination case. 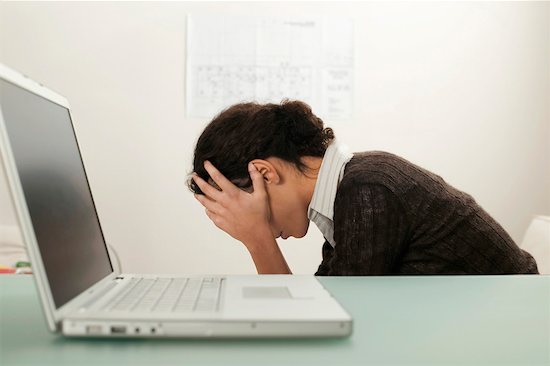 This article was originally published on Today’s Parent.

Just over four years ago, a then-colleague, now-good friend of mine experienced a miscarriage at eight weeks. Two years later, after her marriage fell apart in the months following the first miscarriage, she was going through fertility treatments with her new partner and had another miscarriage. She was 37, desperately wanting to be a mom and so, so sad.

This should have been enough to break my heart from afar, but the part that bothered me most was the fact that she was required to get up each day — when I’m sure it felt like crawling out from under an anvil every morning — and drag herself to the office. She admits that those months felt like forever, and that she wasn’t particularly focused on her work. She spent her days googling the statistics of conceiving and carrying a baby to term at her age and alternative options if her current course of treatment didn’t work. I couldn’t help but think that if it was more acceptable to talk about pregnancy loss, and, even better, to take the  time away from work needed to grieve a pregnancy loss, she would have been able to return to her job more healed and more productive.

A recent decision by the Human Rights Tribunal of Ontario has pushed this discussion a step farther, in the case of Winnie Mou, of Markham, Ont. Mou experienced a miscarriage, as well as the death of her mother-in-law, in 2013; these events resulted in debilitating depression, and time away from her job. She was fired by her employer in January 2014. Mou maintains that in the case of the miscarriage, sex and disability intersected and factored into her dismissal, and the tribunal adjudicator agreed. In Mou’s case, and hopefully others to follow, her miscarriage is considered a short-term disability, and this assessment will allow the complaint against her employer to stand through a hearing process.

This interim ruling is precedent-setting in so many ways, and a step in the right direction for women who may experience a pregnancy loss. We’ve all been conditioned to wait until the second trimester to announce a new addition, as the majority of things go wrong before the 12-week mark, but a first-trimester loss is devastating for many women (and because much of the time, the pregnancy has been kept secret, it’s extremely difficult to bring up and discuss later). We should live in a society where we can be open and honest about our grief, without having to worry that time away to heal will result in a workplace termination. Mou’s case, and the HRTO ruling, should bring us closer to that dream.

The story of my friend has a happy ending. She gave birth to a beautiful baby girl in late 2014. When I called her to ask if I could use her story, she fervently supported the tribunal’s ruling. The grieving period for both miscarriages was gruelling, and she often worried about losing her job. We had a 30-minute conversation about how changed she is because of her miscarriages, at the end of which she said, “No one should have to balance grief and career in that way.” Hopefully, someday soon, no one will.

More:
The baby girl I almost had
What it feels like to live with undiagnosed autism
I spent 20 years hiding my depression — now I’m ready to talk