The discussions are thought to specifically focus on whether the Sussexes will use "royal" as part of the branding for their new non-profit initiative. 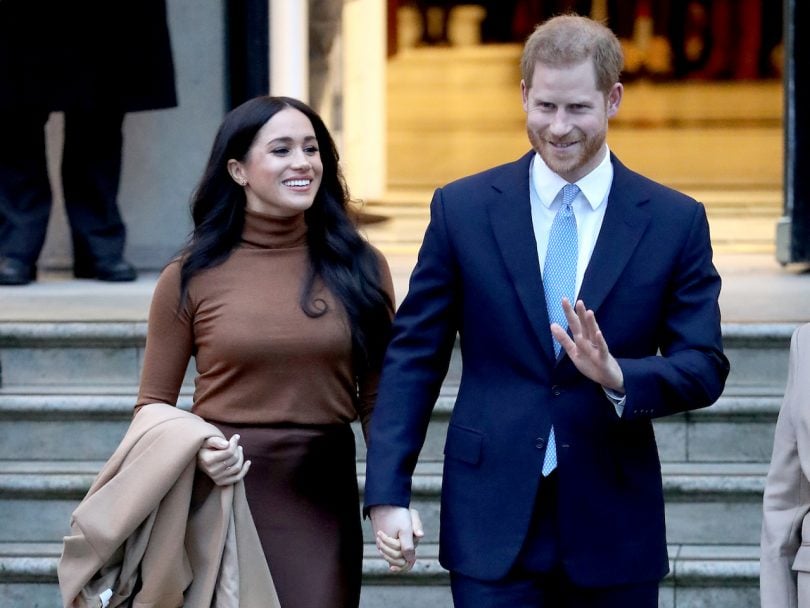 Prince Harry and Meghan Markle have been keeping a fairly low profile since they announced they were “stepping down” from their roles as senior members of the Royal Family on Jan. 8. They are currently in a “period of transition” in Canada and the U.K., and it seems that the Duke and Duchess of Sussex are busy trying to finalize the details of their future. According to reports, this involves “ongoing discussions” about whether they will use the word “royal.”

“As the Duke and Duchess of Sussex are stepping back as senior members of the royal family and will work towards financial independence, use of the word ‘royal,’ in this context needed to be reviewed,” a royal source reported to People. “Discussions are still ongoing.”

The talks reportedly involve the Queen and senior officials, according to the Daily Mail. The discussions are thought to specifically focus on whether the Sussexes will use “royal” as part of the branding for their new non-profit initiative, for which they revealed plans after their decision to step back.

It’s thought the term “royal” will not be part of Harry and Meghan’s future branding, according to CNN.

The Sussexes currently use the @sussexroyal Instagram handle and launched their official website, Sussexroyal.com, after announcing their decision to strive towards financial independence and take a step back from their royal roles. So, it will be interesting to see how the results of the discussions will affect their current branding.

In addition to debating about the use of the term “royal” in their future ventures, the Sussexes have reportedly been busy working on different aspects of their non-profit. On Feb. 13, they reportedly attended a seven-hour brainstorming session at Stanford University to meet with academics and professors in the hopes of figuring out a name for the initiative.

Prior to that, the Duke and Duchess of Sussex were reportedly the keynote speakers at an exclusive JPMorgan event in Miami on Feb. 6. It’s said Prince Harry opened up about how he’s been in therapy to get help with the death of his mother, Princess Diana.