Harry And Meghan Will No Longer Use 'Royal Highness' Titles

Also as part of the agreement, they will repay public expenditure on Frogmore House. 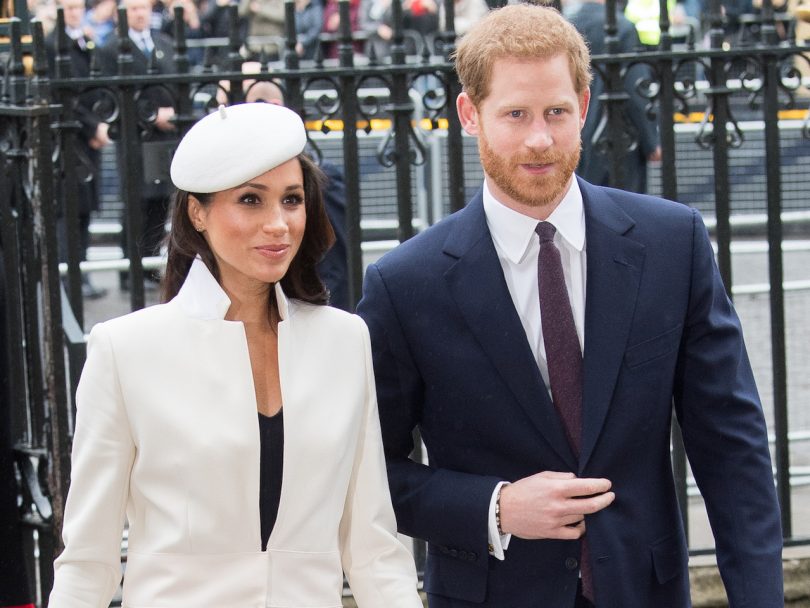 On Jan. 18, the Queen and Buckingham Palace revealed the news. As part of this agreement, Harry and Meghan will no longer receive public funds for their duties, but will continue to maintain their private patronages and associations. They will also no longer formally represent Her Majesty.

“Harry, Meghan and Archie will always be much loved members of my family,” the Queen says in her statement, which again takes a deeply personal tone.

BREAKING: An agreement has been reached on Harry and Meghan’s future: pic.twitter.com/MgOy6DRTZO

Buckingham Palace also says the couple will repay Sovereign Grant expenditure used to refurbish Frogmore Cottage, which will “remain their U.K. family home.” The changes come into effect in the spring, their statement says.

According to HELLO! U.K. royal reporter Emily Nash, the couple will remain the Duke and Duchess of Sussex, but Harry will no longer be a Commonwealth Youth Ambassador. However, the two will continue to be President and Vice-President of the Queen’s Commonwealth Trust.

Harry will no longer be Captain General of the Royal Marines, a title he inherited from Prince Philip.

The couple are also still discussing whether they will use the Sussex Royal name. Harry and Meghan have intended to copyright their charitable foundation using that moniker.

The news comes after the Duke and Duchess of Sussex announced on Jan. 8 that they would step down from their senior royal roles and work to become “financially independent.” They also stated they would split their time between North America and the U.K. so Archie could be raised with knowledge of his royal background and they could begin this next chapter of their lives.

Following talks at Sandringham on Jan. 13, the Queen issued a statement saying the Sussexes would go through a “period of transition” in Canada and the UK. Meghan reportedly returned to Vancouver Island just after the Sussexes revealed their plans and has been seen in North Saanich and Victoria since, along with making trips to Vancouver to visit two women’s organizations this week.

Here is the Queen’s statement in full:

“Following many months of conversations and more recent discussions, I am pleased that together we have found a constructive and supportive way forward for my grandson and his family.

“Harry, Meghan and Archie will always be much loved members of my family.

“I recognize the challenges they have experienced as a result of intense scrutiny over the last two years and support their wish for a more independent life.

“I want to thank them for all their dedicated work across this country, the Commonwealth and beyond, and am particularly proud of how Meghan has so quickly become one of the family.

“It is my whole family’s hope that today’s agreement allows them to start building a happy and peaceful new life.”

Here is Buckingham Palace’s statement on the Duke and Duchess of Sussex’s behalf in full:

“The Duke and Duchess of Sussex are grateful to Her Majesty and the Royal Family for their ongoing support as they embark on the next chapter of their lives.

“As agreed in this new arrangement, they understand that they are required to step back from Royal duties, including official military appointments. They will no longer receive public funds for Royal duties.

“The Sussexes will not use their HRH titles as they are no longer working members of the Royal Family.

“The Duke and Duchess of Sussex have shared their wish to repay Sovereign Grant expenditure for the refurbishment of Frogmore Cottage, which will remain their UK family home.

“Buckingham Palace does not comment on the details of security arrangements. There are well established processes to determine the need for publicly-funded security.