Anastasia Lin was banned from entering China for the Miss World competition. Here's why the Canadian human rights activist won't back down. 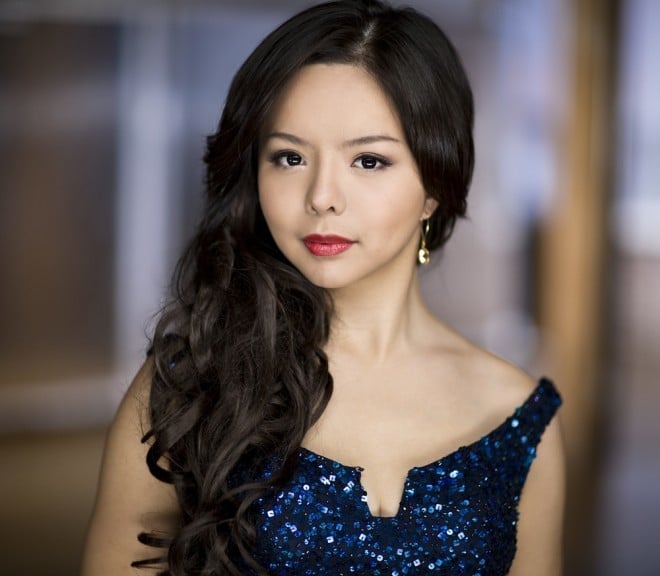 It didn’t come as a complete surprise to Lin — as a practitioner of Falun Gong, the 25-year-old actress has been a vocal critic of China’s treatment of religious minorities, in addition to advocating for ethnic minorities like Tibetans and Uighers. But it was rather inconvenient to find out she wouldn’t be let into China while waiting to board a connecting flight in Hong Kong. Since then, international media have covered the issue extensively and more than 6,000 people have signed a Change.org petition calling for China to let her in.

Lin moved to Canada with her mother when was 13 and hasn’t been back to China, where her father still lives, since she was 14. After she was crowned Miss World Canada earlier this year, she penned an op-ed for the Washington Post about threats made against her father in her hometown in Hunan province.

“If I allow myself to be intimidated, then I am complicit in continued human rights abuses,” she wrote. Lin didn’t back down then and she’s not cowering now. Lin spoke with Chatelaine while preparing to return to Canada from Hong Kong.

The Canadian Mrs. Universe winner is all kinds of amazing

What inspired her activism

Lin was moved by victims she met through her work in human rights films, including those who have faced religious persecution and spent time in forced labour camps.

“I found it really inspiring that these people would have the guts to stand up for themselves,” she says. “In China it’s really rare.”

What she wants to see in China

“Freedom of conscience,” she says simply. “People should be able to who they are without fearing the consequences.”

Lin sees the impact decades of fear of reprisal has had on her own family. “My dad is not able to be his real, human self,” she says. “He’s afraid to talk to me…his generation lived through the Cultural Revolution and watched their family and friends be picked off if they spoke their minds.”

The personal cost of her activism

Her relationship with her father has suffered as a result of threats made against him. “No doubt fearing for his livelihood and business, my father asked me to stop advocating for human rights,” she wrote in the Washington Post last summer. “He told me that if I did not stop, we would have to go our separate ways.”

This has now translated into a tangible cost — Lin says her father has stopped helping her financially. She sold her car to be able to afford the trip to China.

Why women — such as fellow Canadian and current Mrs. Universe Ashley Callingbull — are increasingly using pageants as a platform

Lin was moved when she heard a speech nearly 10 years ago given by Nazanin Afshin-Jam, a former Miss World Canada who has also been critical of her country of birth, Iran.

The activist says she sees pageants as one way out of many to get out her message. Other than her work as an actress, Lin gave a speech last month in London on the right to believe in China and has also participated in a U.S. congressional committee examining persecution by the Chinese state last summer.

But she thinks pageants help raise her profile and as a result, her message. “Beauty pageants give young women a title, a status in society…people listen more,” she says.

How pageants themselves are evolving

The way women are being judged is changing — more and more it’s clear that the idea of a pageant based on physical appearance alone is archaic, Lin says. She was relieved when Miss World cancelled the swimsuit competition this year. When competing in Canada in 2013, Lin opted out — preferring to make up her score in another category.

“I am super uncomfortable to be judged based on how I look without clothes,” she says.