Mandi Gray won her rape case — but it's hardly a victory

Despite the verdict, Gray says some have thanked her for "reaffirming" their decision not to report. 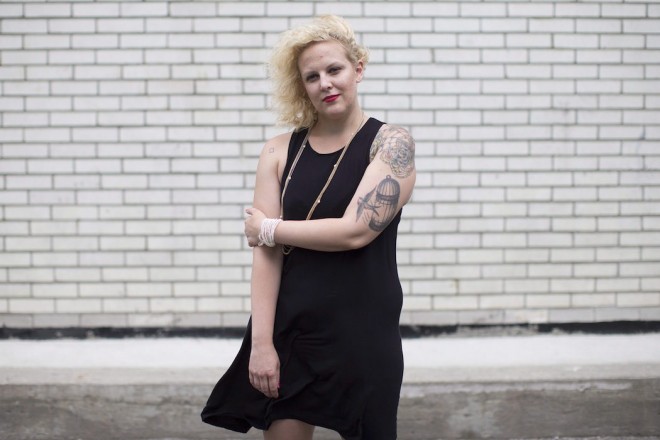 In a Toronto courtroom Thursday, Justice Marvin Zuker delivered a rare ruling: Mustafa Ururyar was found guilty of sexually assaulting York University PhD student Mandi Gray. “Rape, it surely was,” said Zuker, who used his verdict to dismantle sexual assault myths, including why women don’t report. “Victims of sexual assaults respond in various ways, including the manner in which they report incidents, if at all. Many victims choose not to report their victimization because they believe that is a private matter, fear the defendant or believe the police are biased against them.”

But in her post-verdict statement, Gray, who was raped by Ururyar in her apartment after coming home from the bar one night in January 2015, didn’t emphasize relief or gratitude that justice was served, as she she says many expected her to. Instead, she said this: “I am tired of people talking to me like I won some sort of rape lottery because the legal system did what it is supposed to do.”

Gray, like Jian Ghomeshi sexual assault complainants Lucy DeCoutere and Linda Redgrave, has become an advocate for speaking out about sexual assault.

“It’s an odd space to be in because people rely on me a lot for … advice on what to do,” Gray told Chatelaine. “But at the end of the day, I’m not a therapist, I’m not a lawyer — I’m just sharing my story. I’ve had people say, ‘Thank you so much for coming out and doing what you did because it reaffirmed my decision not to report.’” Gray is glad those women are learning from what she went through and are making an informed decision about how they want to deal with the aftermath of their own assault.

On CBC’s Metro Morning Friday, host Matt Galloway asked Gray if she would would go to police if she were assaulted again. Gray responded with a definitive “no.”

“I wouldn’t. I’ve had my entire life put on pause for almost two years now,” she told Galloway. “I’ve had six days of court, all spread out, over almost six months. I’ve dealt with the sexual assault itself through therapy, through political activism. I’ve kind of moved forward and yet this case remains looming over me.”

Ururyar, also a York doctoral student, faces up to 18 months in prison. His sentencing hearing is scheduled for Oct. 24.

More:
The mid-career drift: Women step off the corporate ladder
Cat-calling women is now a hate crime in one U.K. city
Not to be outdone by Sophie, Justin Trudeau slays in Canadian fashion