What we know so far about the Manchester attack 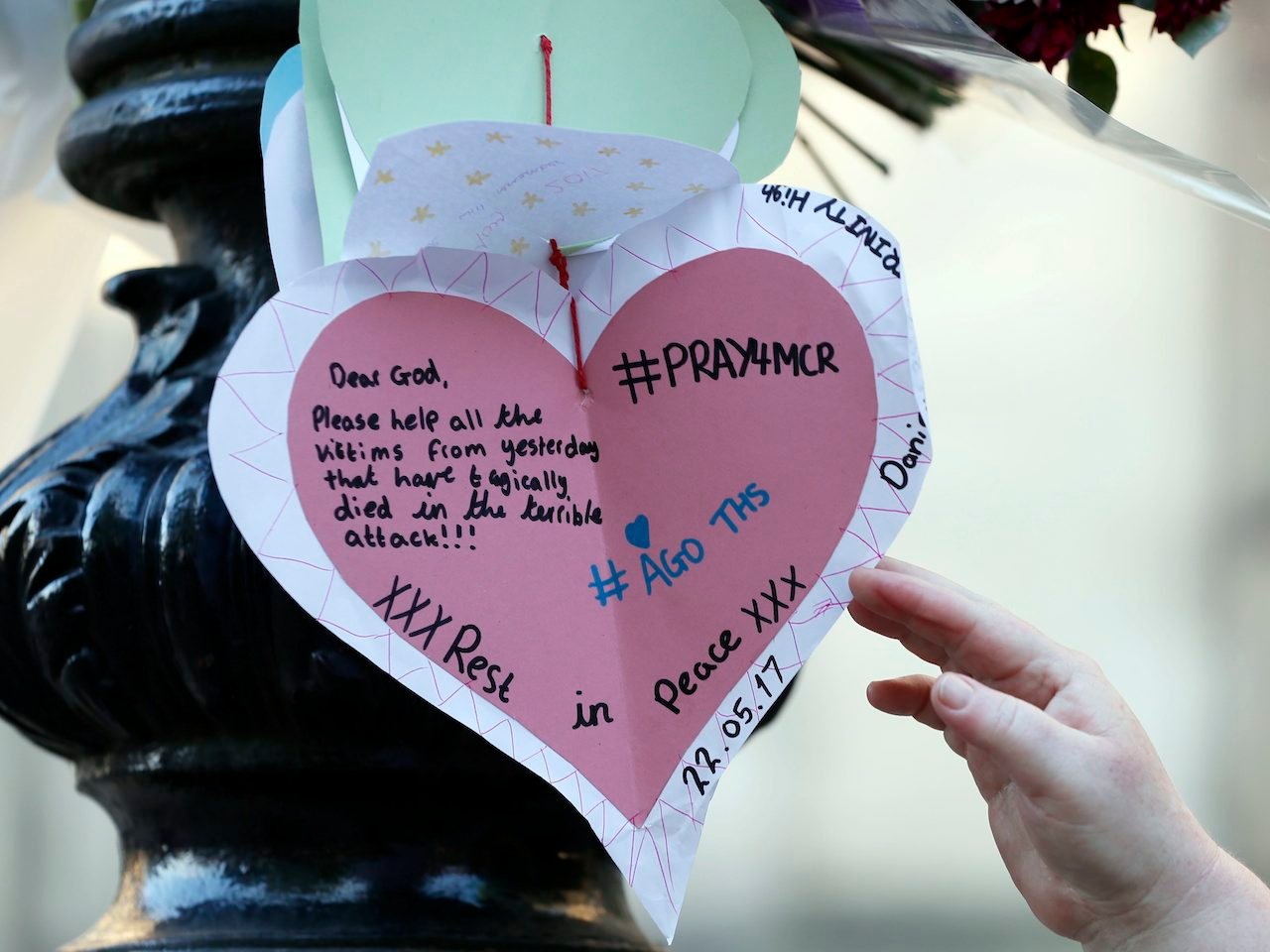 Twenty-two people — including children — are dead and dozens are injured after a suspected suicide bomb detonated at a Manchester arena on Monday night after a concert by pop star Ariana Grande.

It was the deadliest terror attack on British soil since the London tube and bus bombings in July 2005 — another chaotic assault on the public many of Grande’s fans are too young to remember. Here’s what we know so far.

Grande, 23, had just finished performing before a 21,000 person capacity arena full of teenaged fans and children watching the show with their parents, when a bomb detonated in the foyer of the Manchester Arena. Some fans were still wearing the star’s trademark furry kitten ears as they frantically raced towards the exits — many of them out enjoying a night of freedom and self-expression before the violence broke out. Concert-goers were also separated from their friends and family as they tried to get to safety. Some are still missing. Grande was not injured. Police are treating the attack as a suspected suicide bombing. “The attacker, I can confirm, died at the arena. We believe the attacker was carrying an improvised explosive device, which he detonated, causing this atrocity,” Chief Constable Ian Hopkins said Tuesday. Witnesses said they saw they bolts and other bits of metal amidst the debris, which suggests the bomb may have contained shrapnel.

Late Tuesday, Britain raised its threat level to “critical” after an emergency government meeting amid concerns that the suspected bomber could have accomplices who are planning another attack. British soldiers have been deployed in place of police officers to guard high-profile sites such as Buckingham Palace and Parliament. 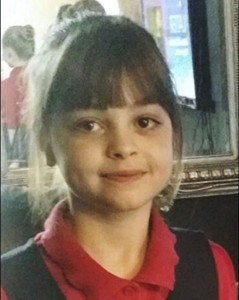 Saffie Roussos, 8, was killed in the attack. (PA via AP)

What do we know about the victims?

Eight-year-old Saffie Rose Roussos died at Manchester Stadium, where she attended the show with her mother Lisa and sister Ashlee Bromwich, both of whom were injured in the attack. Saffie’s teacher, Chris Upton, told the Guardian Saffie was “quiet and unassuming with a creative flair.” Georgina Callander was also killed, and was the first victim identified. “Gina,” a student of health and social care at Runshaw College, tweeted her excitement about the upcoming show over the weekend and had met Grande backstage at a previous show two years before. Twenty-eight year-old John Atkinson was also among the dead, friends told the Manchester Evening News.

On Wednesday, the Express reported that 14-year-old Nell Jones, who had been missing after the attack, was also among the dead, as was a Polish couple who had come to collect their daughters from the concert and 15-year-old Olivia Campbell-Hardy, who went to a school near Manchester. Tottington High School in the town of Bury said the school community was “absolutely devastated and heartbroken” at the news Wednesday that Olivia was killed in the blast.

On Wednesday, the Greater Manchester Health and Social Care Partnership said 64 people injured in the attack were still hospitalized; 20 were being treated for critical injuries.

Has anyone been arrested?

Police confirmed at a press conference Tuesday that the man suspected of being the bomber is 22-year-old Salman Abedi. Earlier in the day, police arrested a 23-year-old man in South Manchester in connection with the bombing. Armed police also raided an apartment  and carried out a controlled explosion after a separate raid. Meanwhile, ISIS has claimed responsibility for the attack, though American intelligence sources could not verify the claim.

What are world leaders saying?

British Prime Minister Theresa May called Monday’s massacre a “sickening” and “callous” attack on the British people. She addressed the media after an emergency meeting early Tuesday and said “All acts of terrorism are cowardly attacks on innocent people, but this attack stands out for its appalling, sickening cowardice, deliberately targeting innocent, defenceless children and young people who should have been enjoying one of the most memorable nights of their lives.” May and others running in the British general election June 8 suspended campaign activities Tuesday. The Queen also expressed her “deepest sympathy.”

Canadian Prime Minister Justin Trudeau tweeted his condolences Monday night and added, in a statement that Canada “will do all that we can to assist British authorities in bringing those responsible to justice.”

Canadians are shocked by the news of the horrific attack in Manchester tonight. Please keep the victims & their families in your thoughts.

United States President Donald Trump called the terrorists responsible for the Manchester attack “evil losers” who must be “obliterated.” 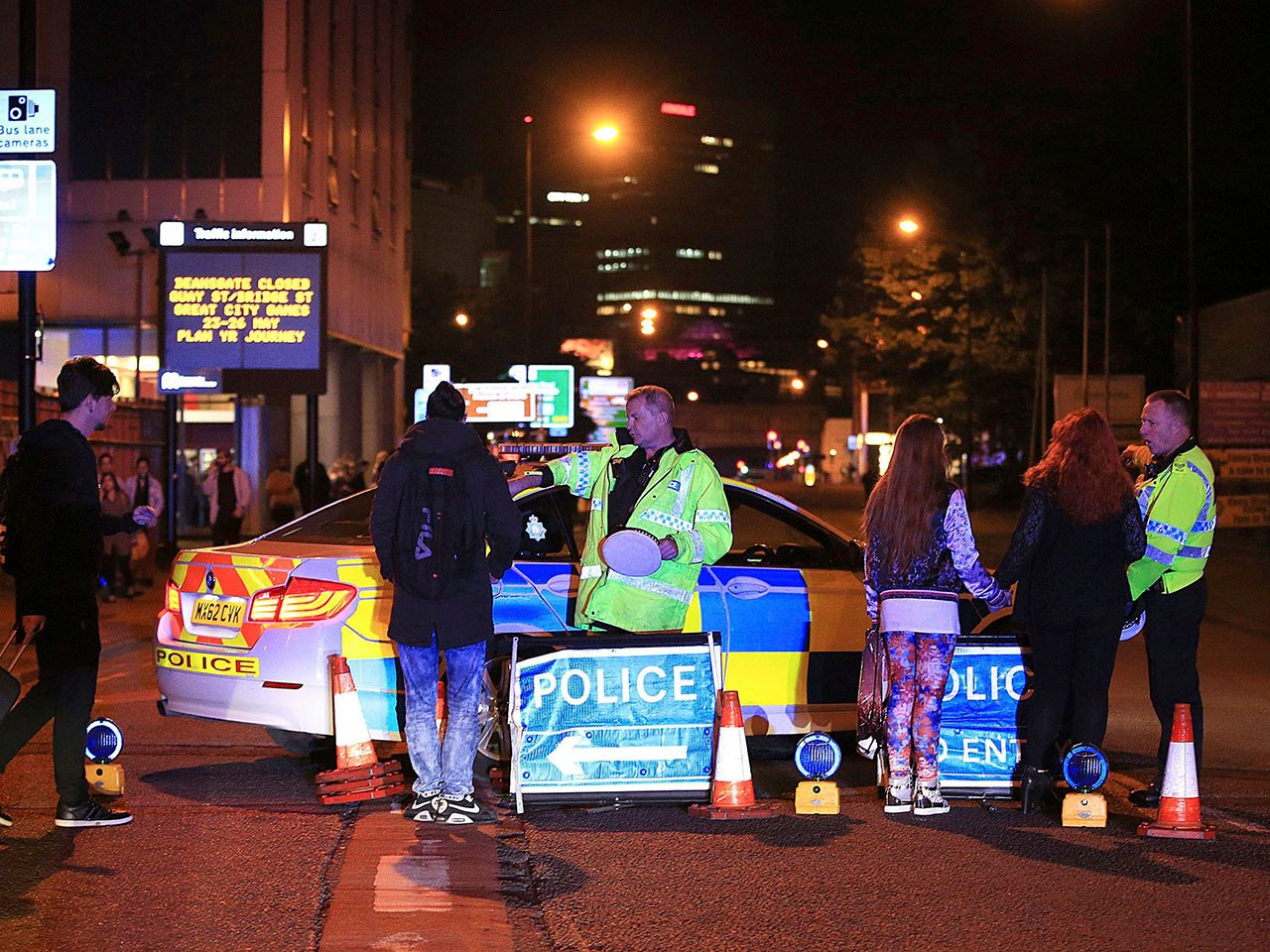 How did Ariana Grande respond?

Shortly after the bombings, Grande tweeted that she was “broken,” and “so so sorry.”

broken.
from the bottom of my heart, i am so so sorry. i don't have words.

How does this compare to other recent terror attacks?

The Manchester bombing is now considered one of the deadliest terror attack to happen in Western Europe since November 2015, when terrorists stormed the Bataclan nightclub in Paris, shot up cafés and bombed a local stadium, killing 130 people. It also comes just 14 months after 32 people were killed in coordinated twin blasts at an airport and metro station in Brussels.

How are people trying to help?

With files from the Associated Press