The PM talked about how 'special' it would be to have a woman in the role on Live with Kelly and Ryan. Cue the history lesson on Twitter. 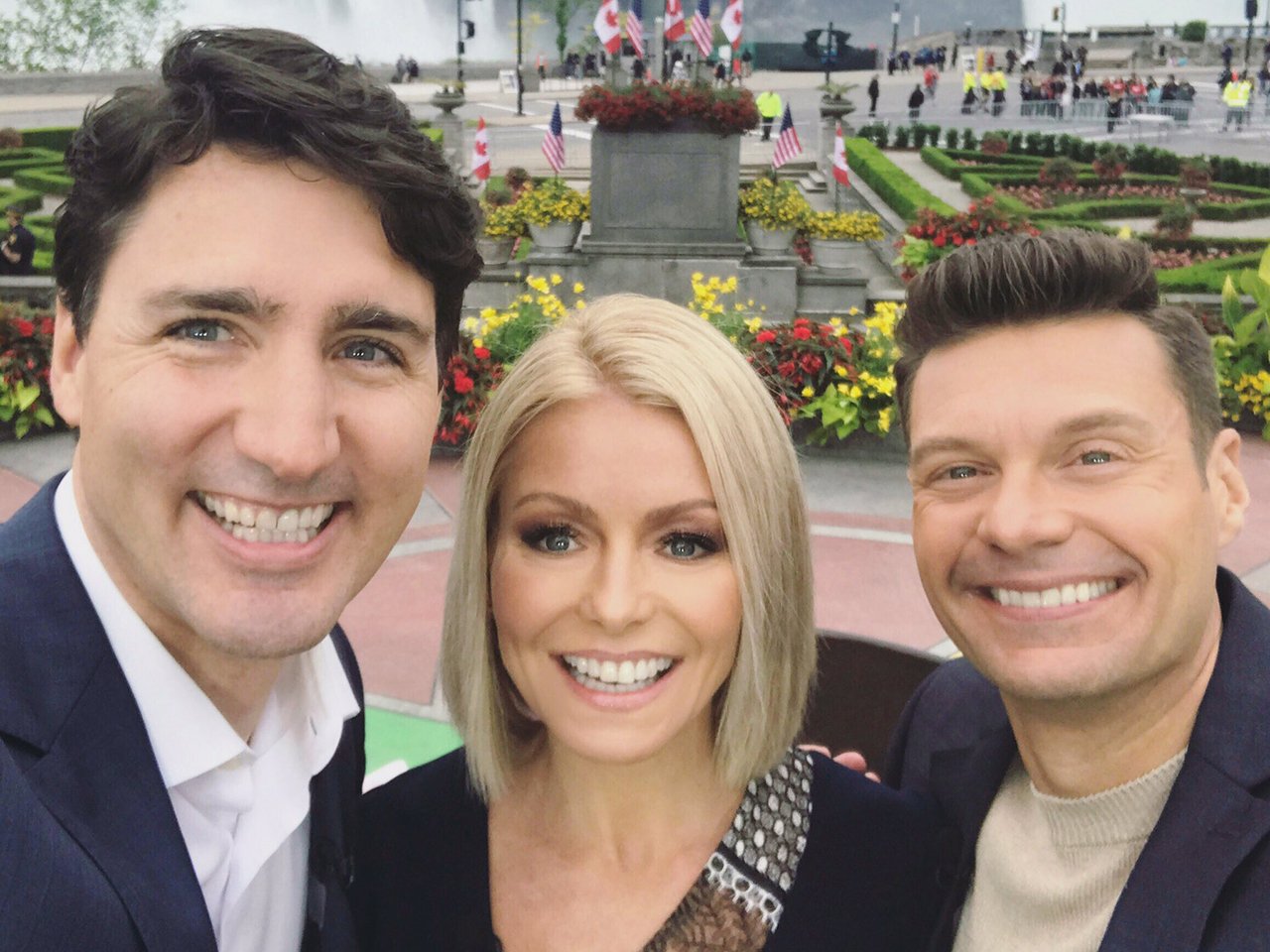 We all knew what we were in for with an interview that opened like this: “How does your wife feel about you being named the sexiest politician alive?”

Prime Minister Justin Trudeau got lobbed plenty of softballs on his much-hyped appearance on popular American morning show Live with Kelly & Ryan Monday in Niagara Falls, Ont.: What was it like growing up the child of a Prime Minister? What’s with those Star Wars socks?

But some Canadians were surprised their #feminist leader failed to give a shout out to our nation’s first woman PM while musing about his own daughter’s future. 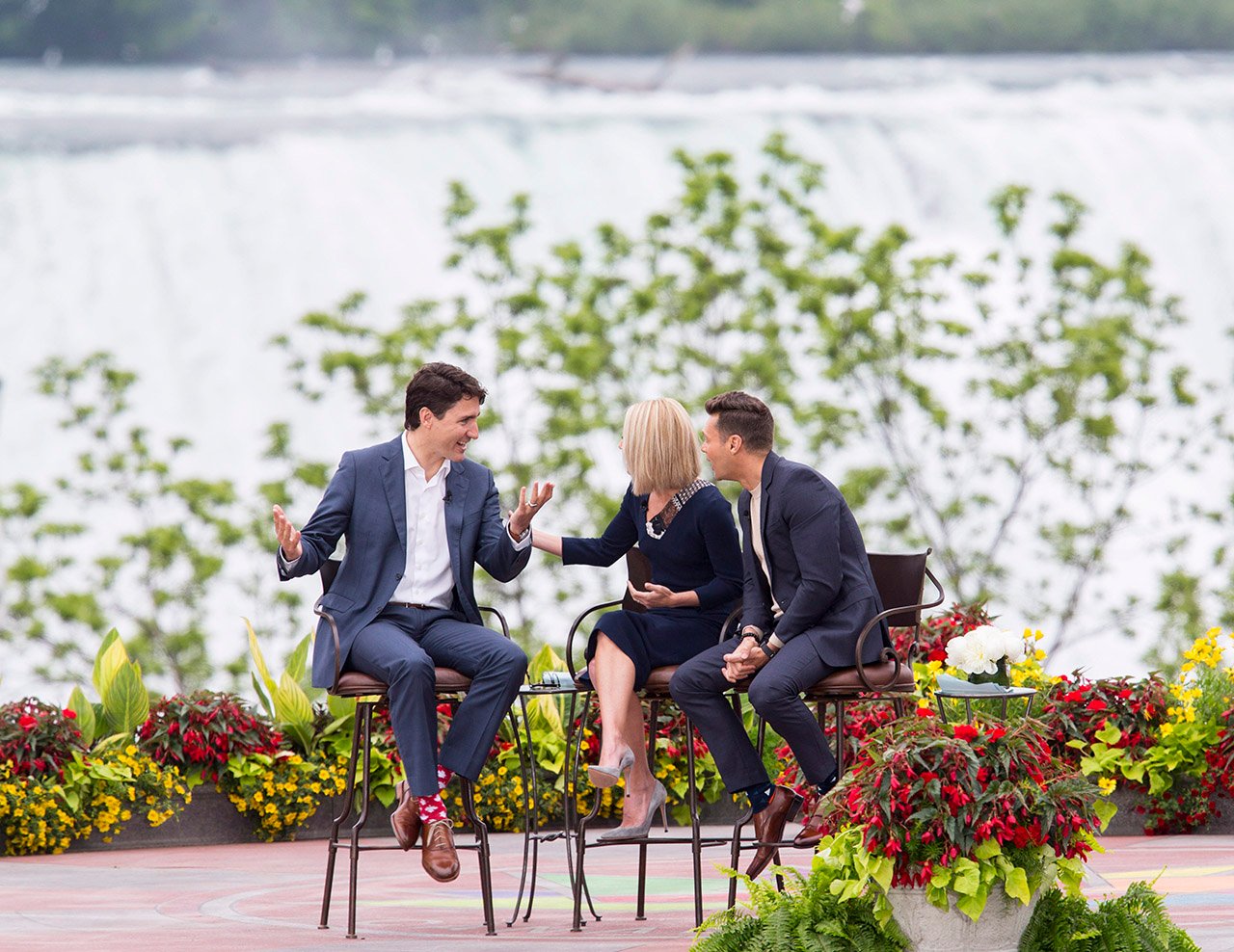 After joking about the PM taking off his shirt (“it is awfully hot right now, don’t you think?” host Kelly Ripa mused), conversation turned to Trudeau’s kids and their own future. “If you had to predict and say ‘Which one of my kids had to be prime minister,’ which would you put your money on?” she asked.

Trudeau didn’t take the bait to pick favourites. “But I will say, I have one daughter [Ella-Grace, 8] and there is something very special about imagining a woman prime minister,” he said. “I think it’s long overdue, I just don’t think we have to wait that long, I think it should be sooner than that.”

PM Trudeau says on #KellyandRyan that he'd like to see a female PM someday. Kim Campbell is over here like pic.twitter.com/xkhrhZC7SH

@KellyRipa Tell remind @JustinTrudeau that Canada HAS had a female Prime Minister in Kim Campbell. He made it sound like it never happened.

(To be fair, Campbell was elected leader of the Conservative Party after Brian Mulroney resigned, so she took over as PM in an existing government. Trudeau referred to her later in the day during Question Period.)

Wait: PMJT just remembered that @AKimCampbell was once prime minister! (He referred to her in #QP response.)

Just as I typed that, the current prime minister used Campbell to defend the Meilleur appointment. Stop digging!

The TV appearance was a clear public relations move. Trudeau took the chance to say he and U.S. president Donald Trump “have a good constructive relationship,” but they “don’t agree” on the environment “because I think there are a lot of good jobs on the environment that we’re building towards.”

Let’s just hope we never see him wearing the socks Ripa and her co-host Ryan Seacrest gave him (below). 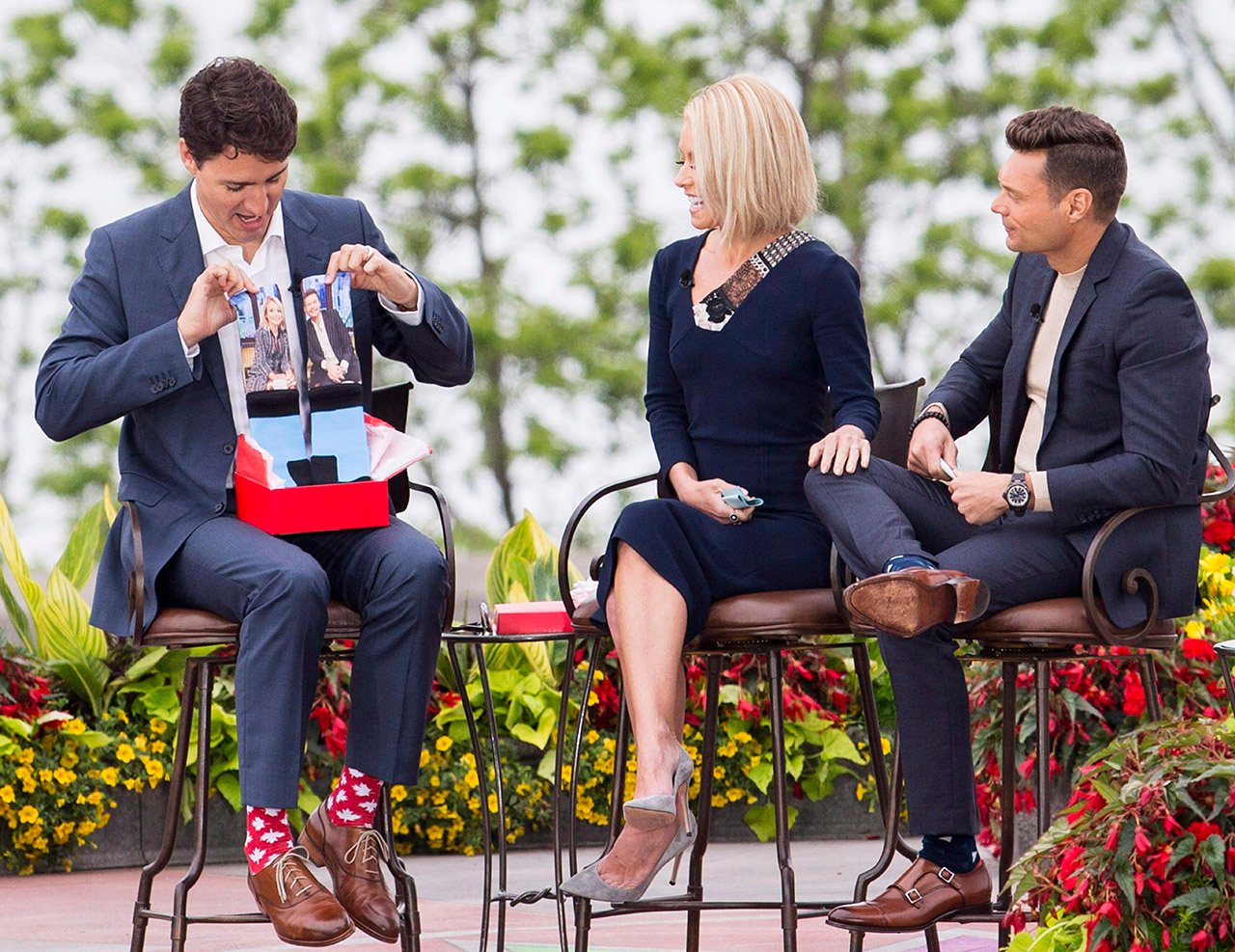 Prime Minister Justin Trudeau, left, holds up a pair of socks that he received as a gift from Kelly Ripa and Ryan Seacrest. Photo, Aaron Lynett/CP.

More:
Melania Trump is no victim — why do we keep insisting she is?
Subscribe to our newsletters
Saleema Nawaz on the strange and complicated fight to take her husband’s name in Quebec