While the president of the United States was spewing nonsense, the Trudeaus had to try to maintain their composure.

In general, Justin and Sophie Trudeau  are well-known for their unabashed displays of emotion. It turns out they’re also not so bad at maintaining tight-lipped (and yet utterly revealing) neutral expressions, an ability that was tested during Donald Trump’s recent meeting with the PM in Washington. On the president’s verbal-diarrhea docket this time? A lot of crazy stuff about NAFTA and the U.S.’s “awesome,” “massive” nuclear capabilities. Sample soundbite: “But when they said I want 10 times what we have right now, it’s totally unnecessary, believe me, because I know what we have right now. We won’t need an increase but I want modernization and I want total rehabilitation. It’s got to be in tip-top shape.”

Also on the agenda, a whole lot of carefully controlled body language from the clearly very uncomfortable Trudeaus. Take a look, if you can deal. 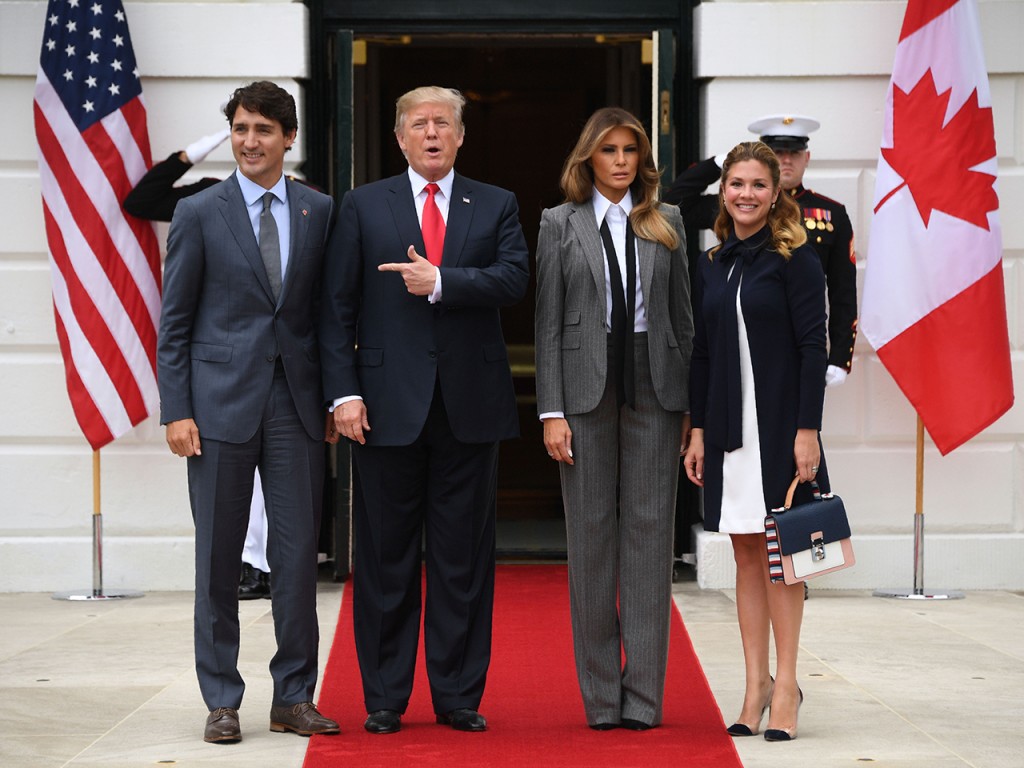 Donald and Melania Trump and Justin and Sophie Trudeau at the White House on October 11, 2017. (Jim Watson / AFP / Getty Images)