Seriously — she's one of the most impressive humans you'll ever meet. 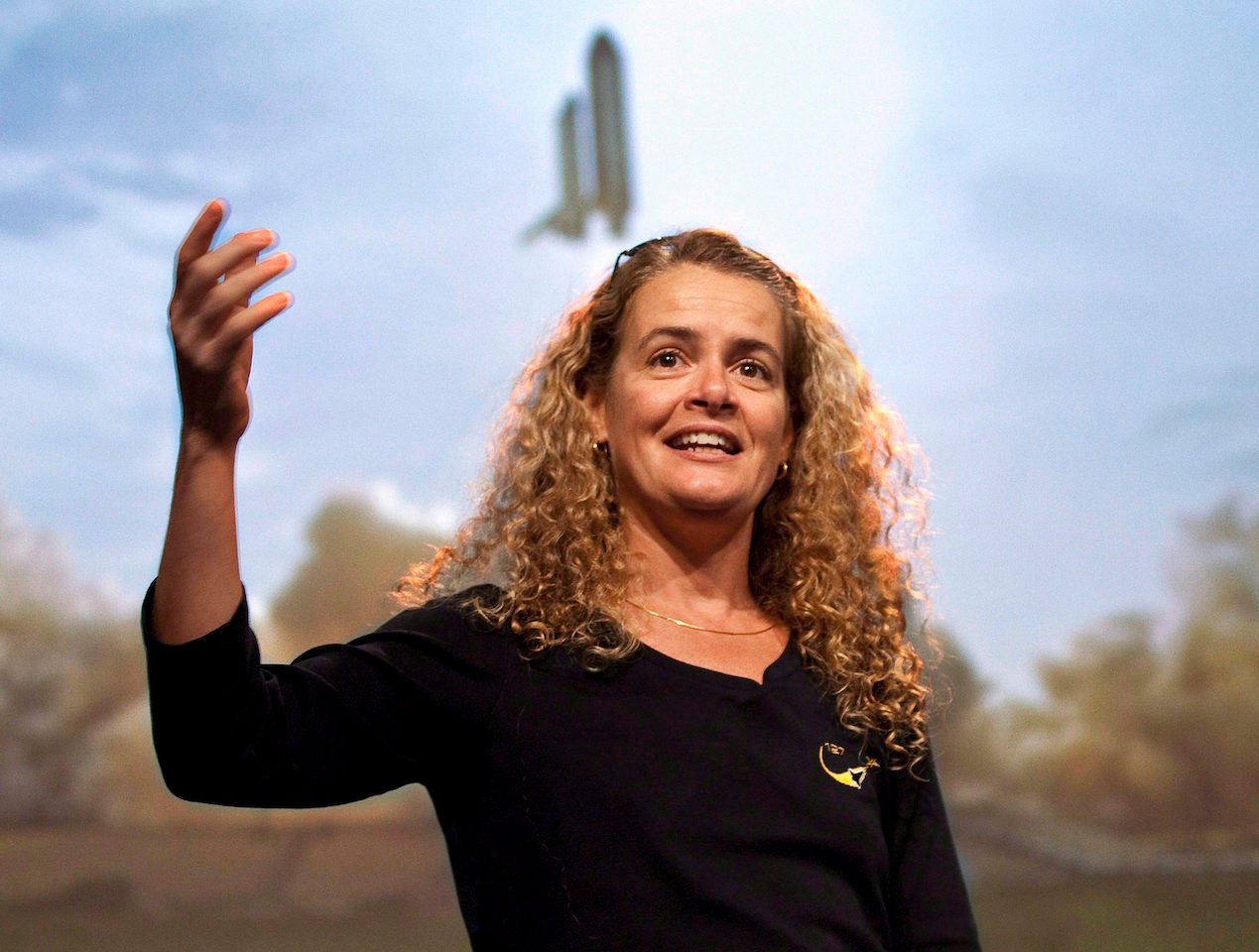 The next Governor General of Canada will be Julie Payette — astronaut, engineer, administrator and role model for every little girl who ever wanted to orbit the earth (Payette’s done it 400 times, NBD). The 53-year-old francophone from Montreal will be Canada’s first representative of the Queen from the science and tech sector, and aligns with the government’s stated objective of promoting women in leadership.

“Let’s face it, Julie has represented our country in a stellar fashion, if I may use that star term, every time she was in space and in between,” fellow astronaut Roberta Bondar told CTV News.

It’s hard not to be in awe of her mind-blowing résumé, impressive list of hobbies and the legacy she’s left in Canada’s story of space exploration and scientific discovery. Here’s more about why we love our next GG:

She’s a trailblazer for aspiring astronauts
Payette was the second Canadian woman in space (after Bondar) and the first Canadian, man or woman, to ever visit the International Space Station (on her first trip to space, to boot). Her career as an astronaut began in 1992, when she was chosen from a pool of 5,330 applicants to become one of four astronauts selected to join the Canadian Space Agency. She worked on an advanced robotics system for Canada and was contributing to the International Space Station before preparing for space, a process that involved getting her pilot’s license, military captaincy and deep-sea diver certification.

She’s logged more than 611 hours on two journeys to space
On May 27th, 1999, Payette blasted into space for the first time on Space Shuttle Discovery as mission specialist, where she supervised the space walk and operated the Canadarm, a robotic arm that established Canada’s reputation as a leader in space tech innovation. She made her second trip in June 2009 after a seven-year stint as Canada’s chief astronaut. On that mission, she served as flight engineer on Space Shuttle Endeavour — the 29th Shuttle mission to the International Space Station. She’s also worked for NASA in the United States.

She can speak to you in pretty much any language
OK, not any language, but she can speak French, English and hold down a conversation in Spanish, Italian, German and Russian, which she learned in preparation for her first space mission. She also researched natural language processing and automatic speech recognition in her computer science work prior to becoming an astronaut.

She is extremely well-rounded — we mean extremely
While she isn’t busy orbiting the earth, Payette enjoys running, skiing, racquet sports and scuba diving (you know, with that deep-sea diving certification). She has a commercial pilot’s license, which includes the next level qualification for flying float planes. And she’s musical: Payette is an accomplished pianist and has sung with the Orchestre symphonique de Montréal, the Piacere Vocale in Basel, Switzerland, and the Tafelmusik Baroque Orchestra in Toronto.

She’s an inspiration to girls in STEM
Sure, she’s got 18 honorary degrees from across Canada, is an officer of the Order of Canada, and a Knight of the Order of Quebec. But we’re willing to bet the kids at Julie Payette Public School — a French immersion school in Whitby, Ont. — are mighty inspired by their school’s namesake. Payette’s already been championing science education as Chief Operating Officer of the Montreal Science Centre, but it’s a safe bet, too, that her appointment as Governor General will show girls that a successful path in Science, Technology, Engineering and Mathematics (STEM) can lead just about anywhere.

PREDICTION: Visibility and amplified voice of new #GG @Astro_Payette will inspire a generation of girls to study #STEM #SeeHerBeHer pic.twitter.com/ZohPL5vv1B