Is Jagmeet Singh Trolling The Prime Minister On Instagram?

See the two photos for yourself. 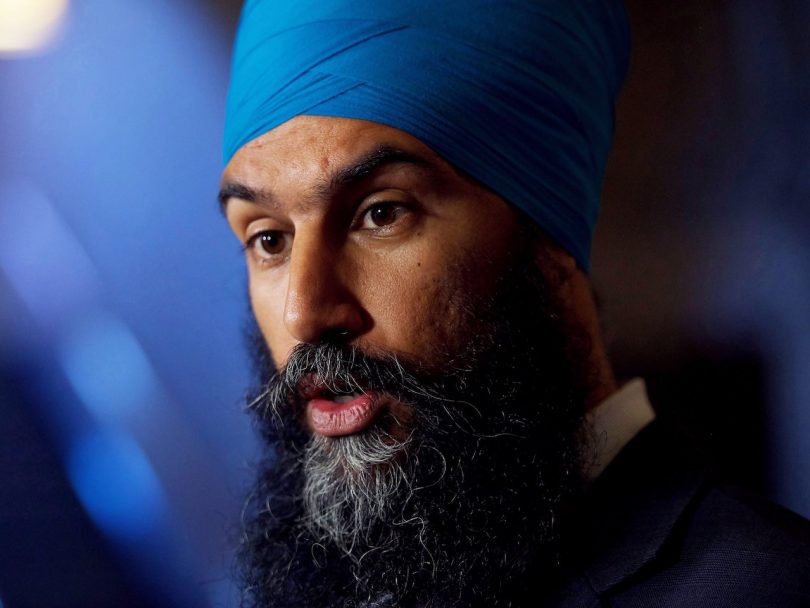 Forget Twitter as a political arena, in Canada it’s all about the ’gram — or at least it seems to be for NDP leader Jagmeet Singh.

The 39-year-old doesn’t exactly shy away from sharing snaps of his personal life online. He famously invited members of the media to cover his proposal to his now-wife Gurkiran Kaur earlier this year, and along with images of him travelling to events around the country, Singh has also posted adorable photos (and a video) from his wedding and continues to put up pictures of Kaur — including last night.

And this latest post, captioned only with the eyes emoji, is a striking photo in more ways than one. It bears an uncanny resemblance to a portrait of another famous Canadian couple — Prime Minister Justin Trudeau and Sophie Grégoire Trudeau.

Right after the last election, as Americans were falling in love with Trudeau, Vogue featured a cover story about our Prime Minister. It included a rather steamy photo shoot, filled with designer duds, and the now-infamous photograph that caused quite the stir here in Canada. 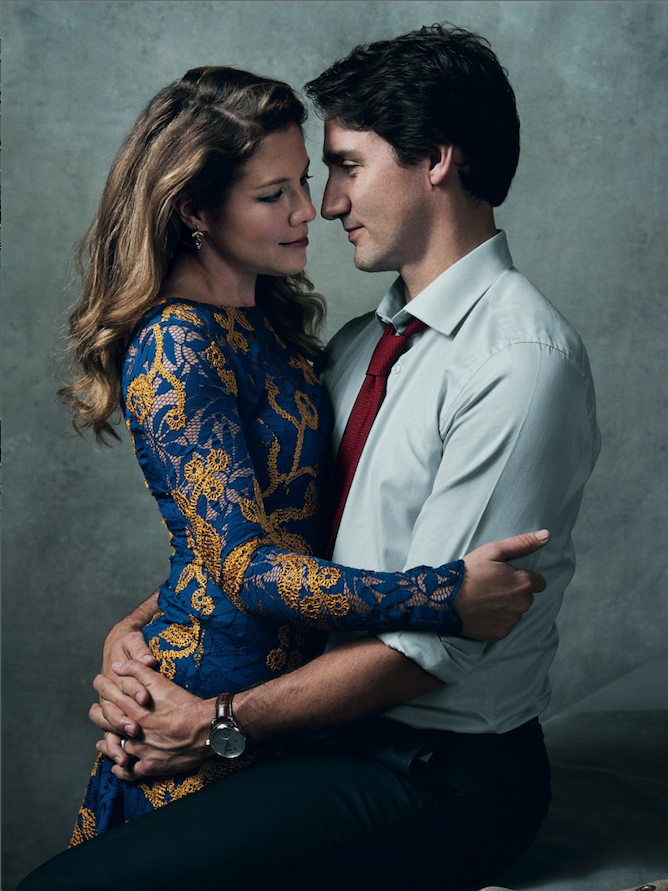 While there are many differences between the two photos, it’s hard to deny the similarities: the tight embrace, the intense gaze, the fancy watch. And given Singh’s minimalist caption (he often writes long, writing multi-paragraph, bilingual anecdotes), perhaps that’s the point. Or, it could all be a big coincidence, given the two leaders’ fondness for over-sharing. Your move Andrew Scheer.