It's official! Singh, 38, popped the question to girlfriend Gurkiran Kaur on Tuesday in Toronto. 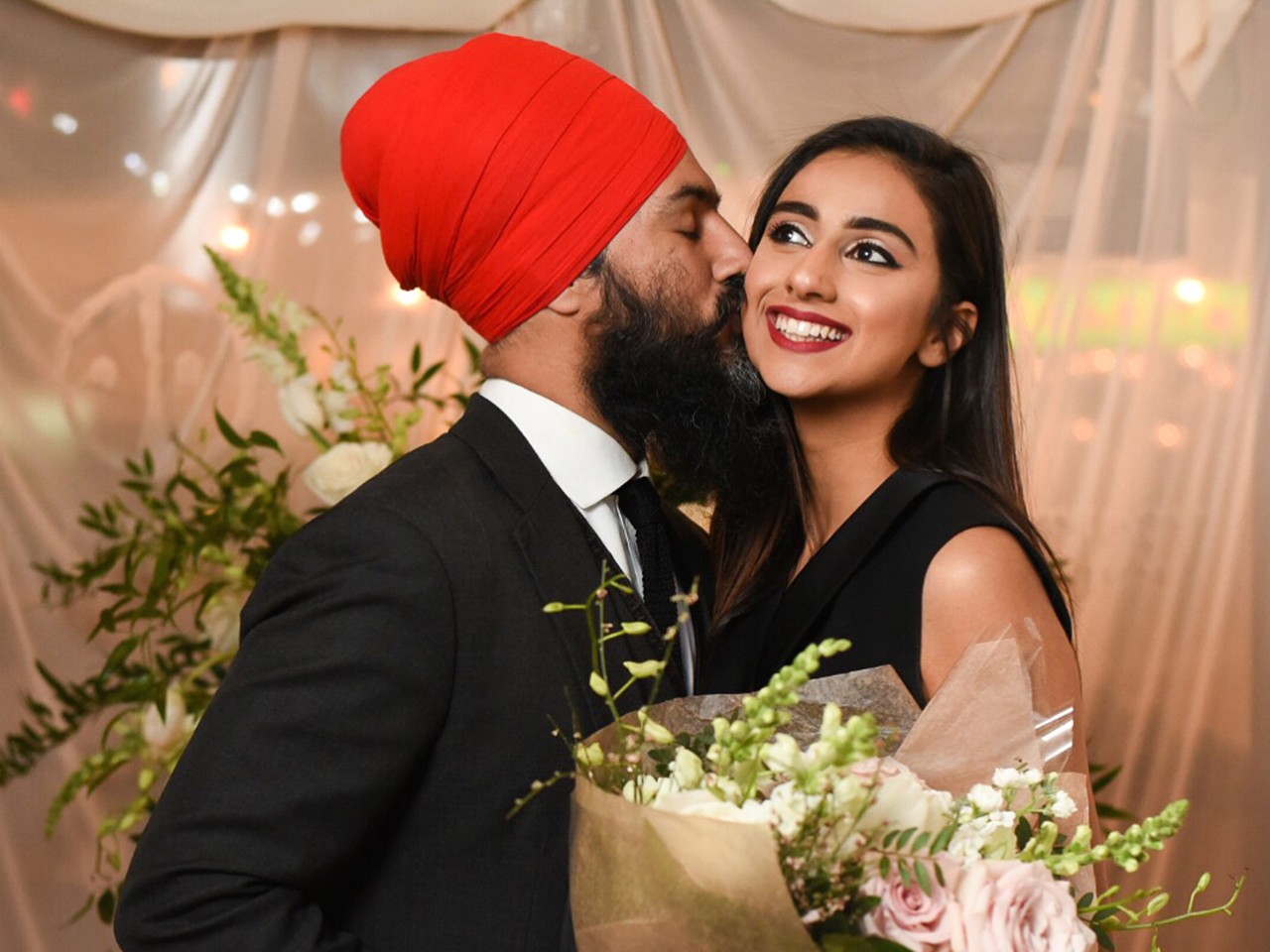 The new leader of Canada’s New Democratic Party is now getting ready to become a new husband.

Jagmeet Singh popped the question to his girlfriend, clothing designer Gurkiran Kaur, Tuesday night at a party in downtown Toronto, where he had invited friends, family and some media.

Friends cheered as Singh, 38, and Kaur, 27, entered the party, held near the Ontario legislature where Singh had served as deputy leader of the Ontario NDP. In front of a gauzy backdrop framed by flickering lanterns, Singh pulled a ring from his jacket pocket and got down on one knee to propose. Kaur accepted.

The very public announcement is an about-face from December when a photo surfaced on Instagram congratulating the couple on their roka, a traditional Punjabi ceremony usually held before a wedding and attended by close family. It had a lot of people convinced Singh was already halfway down the aisle.

Congrats to the future Prime Minister of Canada @jagmeetsingh & the future First Lady @gurkirankaur_ on their Roka!! #gurkiranjagmeet

At the time, Singh’s press secretary, James Smith, told media the new NDP leader was neither engaged nor married, just that the couple’s families had met at the gathering.

Up until then, Singh had been keeping mum about his personal life and relationship status.

But Singh seems pretty comfortable with making things public now, if his Instagram stories from Tuesday night are any indication: The jubilant string of clips showed Singh dancing, singing and introducing followers to friends and family, including his lookalike brother. 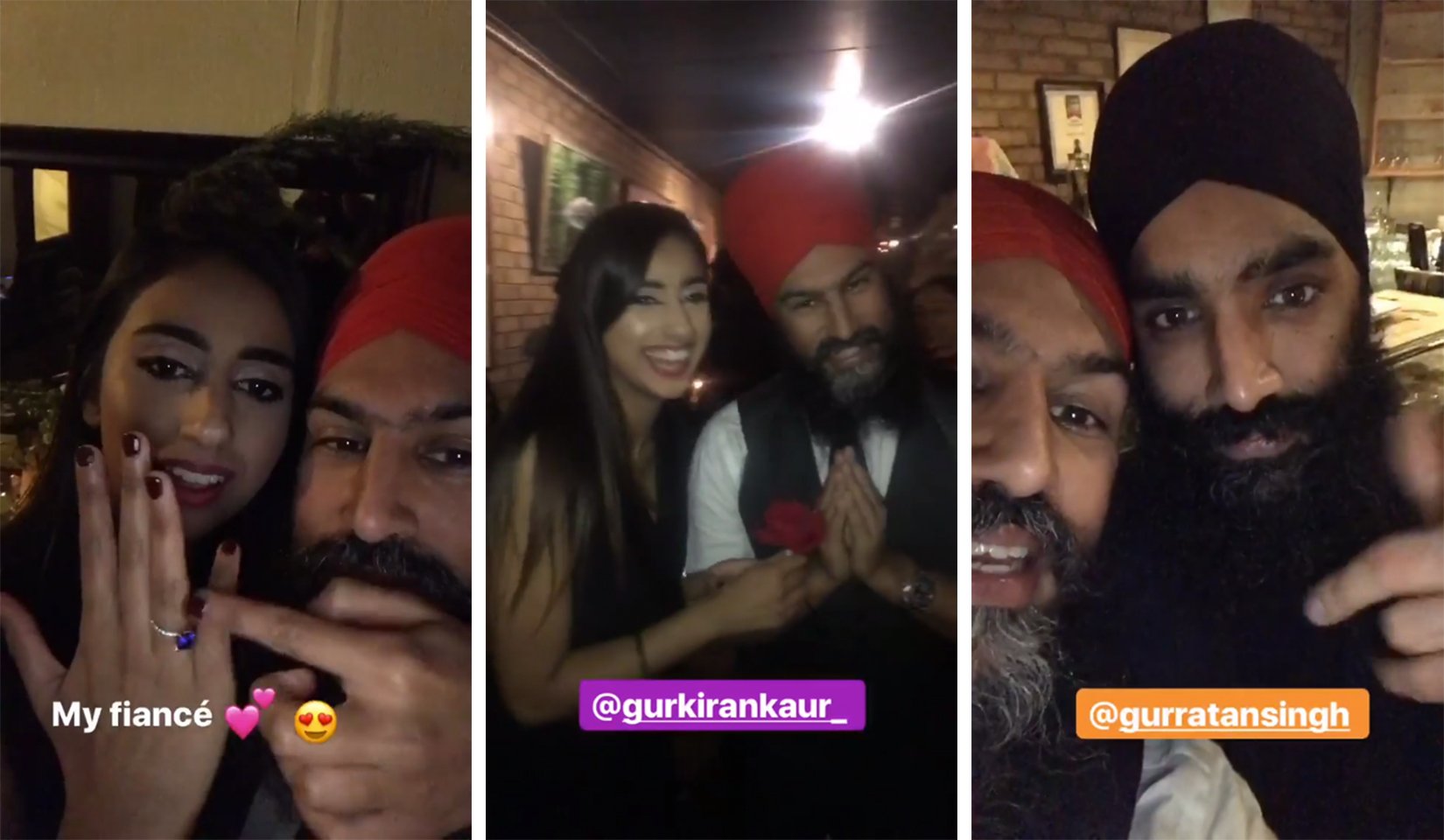 So … how does one get an invite to the wedding?