How Canadians are helping Syrian refugees

Coast to coast, our countryfolk are taking inspiring steps to welcome their new neighbours. 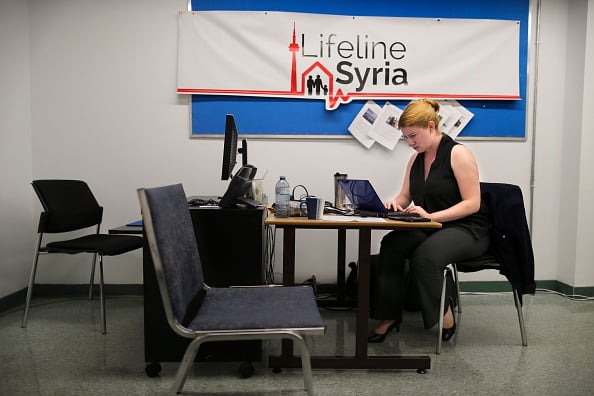 On Tuesday, the Liberal government announced it’s scaling back its original objective to resettle 25,000 Syrian refugees by Dec. 31. According to the new plan, 10,000 privately sponsored refugees will arrive by the year’s end, with the remaining 15,000 to be resettled in 36 identified “destination” cities by the end of February 2016. Priority will be given to full families, at-risk women and members of the LGBT community.

Canadians from coast to coast have already been doing their part to ensure that the complex process of settlement is a smooth, welcoming one. Debbie Douglas, executive director of the Ontario Council of Agencies Serving Immigrants, is encouraged by the outpouring of support, but stresses the importance of calling ahead to see what shelters and refugee resource centres need most. “Shelters might need winter clothing, but folks should phone and ask before just showing up and dropping off clothes and furniture. [Anyone] wanting to volunteer should go through the formal process.”

Here’s how everyday Canadians are taking steps to help out Syrian refugees. Maybe they’ll inspire you to get involved, too.

Monetary donations
The Government of Canada will match every eligible dollar donated before Dec. 31 by individual Canadians to registered charities addressing the humanitarian crisis that has resulted from the Syrian conflict, up to a total of $100 million. Approved organizations include Oxfam Quebec, the Canadian Red Cross and CARE Canada.

Food
Devyn Nichols, an eight-year-old girl from Amherstburg, Ont., has started “Project Hope Heals Hearts,” which collects winter clothing and food for the new immigrants. “Just seeing all the things that happened really just broke my heart,” Nichols told CBC. “I mean, with all the war and then ISIS coming in, I felt like I need to help them.”

Employment support
The Immigrant Services Society of British Columbia is seeking volunteers to assist with office support and crisis counselling, in addition to career mentorship and language instruction.

Community outreach
As part of its Community Connections for Newcomers program, the Calgary Catholic Immigration Society is pairing new immigrants with volunteers who’ll help them navigate their new hometowns and direct them to services. (There’s a program for school-aged children as well.)

Language services
The Syrian Assembly of Manitoba offers interpretation and translation services for newcomers, and can provide help to those looking to organize community fundraising events. In Quebec, Action Réfugiés Montréal is looking for volunteers to employ their language skills.

Related:
5 ways Canadians have stood up to Islamophobia
10 reasons to feel better about the world this week
Abandoned in Canada