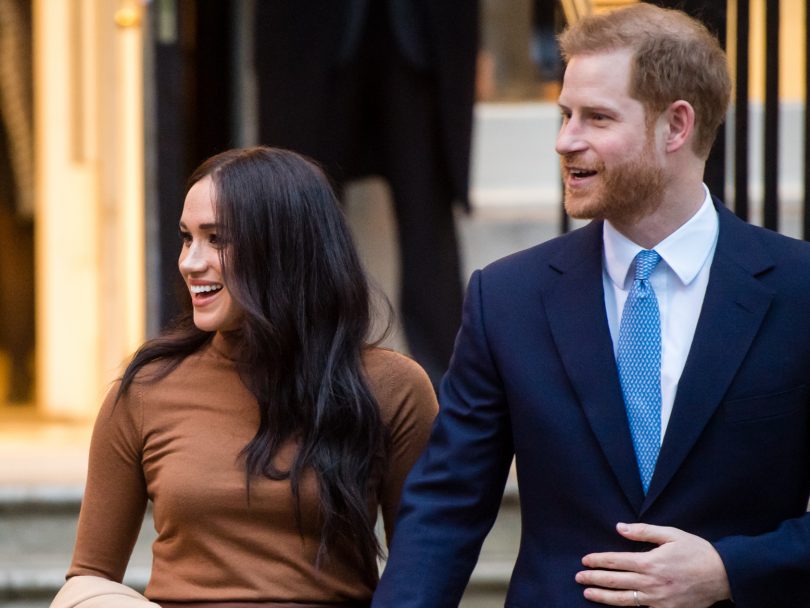 Was Prince Harry and Meghan’s six-week stay at a luxury estate in North Saanich, near Victoria on Vancouver Island, a test run for creating a royal base in the Queen’s northern realm? On Wednesday morning, Dan Wootton of the Sun tabloid in London, reported that “Prince Harry and Meghan Markle are looking to move to Canada for a significant portion of this year as they actively consider their future role in the royal family”

Then, late afternoon, London time, came an announcement from the Duke and Duchess of Sussex:

“After many months of reflection and internal discussions, we have chosen to make a transition this year in starting to carve out a progressive new role within this institution. We intend to step back as ‘senior’ members of the Royal Family and work to become financially independent, while continuing to fully support Her Majesty The Queen.

It is with your encouragement, particularly over the last few years, that we feel prepared to make this adjustment.

We now plan to balance our time between the United Kingdom and North America, continuing to honour our duty to The Queen, the Commonwealth, and our patronages.

This geographic balance will enable us to raise our son with an appreciation for the royal tradition into which he was born, while also providing our family with the space to focus on the next chapter, including the launch of our new charitable entity.

We look forward to sharing the full details of this exciting next step in due course, as we continue to collaborate with Her Majesty The Queen, The Prince of Wales, The Duke of Cambridge and all relevant parties. Until then, please accept our deepest thanks for your continued support.”


The announcement comes on the heels of their raw, personal comments during a documentaryof their tour of southern Africa, when Meghan, Duchess of Sussex, talked of the pressures of being at the centre of an intense social media and tabloid spotlight, saying, “It’s not enough to just survive something…You have to thrive, to be happy.” Her husband was just as unhappy, revealing his grief for his mother, Diana, Princess of Wales, is a “wound that festers” and his loathing of the media, in particular, that he can’t get over how the paparazzi and tabloids treated her, saying that “every single time I see a camera, every single time I hear a click, every single time I see a flash, it takes me straight back. So in that respect, it’s the worst reminder of her life as opposed to the best.”

Rumours that the Duke and Duchess of Sussex were thinking of spending chunks of time outside Britain have been swirling for some time. Last year, the Times reported that the couple was thinking of spending an extended time in Africa. Speculation was resurrected during the headline-making documentary of their tour of southern Africa when Harry said that Cape Town “would be an amazing place for us to be able to base ourselves.” He also acknowledged that it would be “a very hard place to live.”

Now Canada is top of the list. Wootton wrote that Canada is “the number one option for the couple to make their semi-permanent base outside of the U.K.” As well, the statement from the royal couple deliberately named “North America,” not Meghan’s home nation of the United States. In addition, they mentioned “continuing to honour our duty to The Queen, the Commonwealth, and our patronages,” which strongly implies Canada.

If they intend to spend time in Canada, that raises some interesting pros and cons about having the most popular couple in the world here for more than a standard royal visit (and yes, there are also persistent rumours that Harry and Meghan’s next big tour will be in Canada).

If they come for vacations

Choosing Canada as a base for extended private getaways makes sense for the bi-national couple. There are lots and lots of spectacular locales where the Sussexes, their friends and family could gather, well away from the pressures of royal life. Picking a new place each time would be a way to slowly explore the nation. Just think of the Kawarthas for a cottage summer, Banff in the winter, Newfoundland for icebergs and hiking. Or they can settle on one place to return again and again. In 1919, the future King Edward VIII bought a 41-hectare ranch in Alberta, building a house there. Though he only visited a few times, he kept it until 1962.

And Meghan knows the country, which has a similar North American culture to her native California. Not only did she live in Toronto while filming seven seasons of Suits, renting a small two-bedroom house in the fashionable Seaton Village area but she’s got lots of friends in Canada.

Importantly, Canada also has a reputation for respecting the privacy of the famous. Canada doesn’t have the tabloid culture so prevalent in Britain and the United States, which means NHL stars can send their kids to local schools, business leaders hop on the subway in Toronto and premiers jog solo in local parks. No photos of the Sussexes have emerged to date from their time on the West Coast, though the images could command huge fees on the international media market. In one case, Meghan and Harry even interrupted a hike at a park on Vancouver Island to help a couple trying to take selfies at a scenic vista. “We really appreciated that she stopped to take a photo for us. We would not have recognized them had they not approached us,” Asymina Kantorowicz told CTV News. “I was in shock and I didn’t want to make it a big deal.”

While Harry and Meghan will no doubt boost Canada’s tourism industry, the costs won’t be insignificant for Canada. They are senior royals, so any stay in Canada means a significant security operation.

If they come to work

If Harry and Meghan decide to make Canada a base for their work lives, things could get awkward.

But first the positives: Canada is a senior Commonwealth nation, important to Harry and Meghan, who have senior roles promoting the organization. Those connections could be enhanced.

And while it has never been done before, why shouldn’t royals spend chunks of time outside Britain? After all, Harry’s grandmother is Queen of Canada. And, in time, his father and brother will also be monarchs in Canada. Right now, we only see or read about royals when they visit, at large royal events or during big royal scandals. Don’t we deserve a chance to see the day-to-day work of royals? For monarchists, it could tighten the Crown-Canada relationship even while they still live in Britain for most of the year, continuing their royal duties and obligations there.

Perhaps Harry and Meghan could use Canada as a testing ground, spending a considerable chunk of time here, then doing something similar in other Commonwealth nations.

Now the problems: What would their roles be? The occupants of Crown offices in Canada may not appreciate being reduced to second fiddles as invitations that would normally go to the Governor General and lieutenants-governor could instead be offered to the royals.

Which brings up a basic question: They’d need legal status here, because royals aren’t automatically Canadians. As Crown expert Philippe Lagassé stated on Twitter, “The Queen has no citizenship, either of Canada or the U.K. She personifies the state, hence the authority that bestows citizenship and thus doesn’t require it herself. The other royals are British subjects.” While it’s hard to image that the federal government wouldn’t grant them work permits or something similar, there are bound to be questions raised in the House of Commons, perhaps from Quebec separatists.

As well, spending such large amounts of time outside Britain would complicate Meghan’s application for British citizenship as it, like every nation, has specific residency requirements.

Then there is the political minefield that is Canada itself. The regional differences are huge, as are the rivalries. Having royals in residence would certainly be a coup for one premier, and spark envy in the others. Also, royal photo ops will be addictive for politician craving the attention such events will draw.

Then there is the choice of public duties that the Sussexes will undertake. Royals are usually scrupulously neutral when it comes to involvement in anything impinging on politics. So, while visiting troops, or promoting youth mental health wouldn’t raise an eyebrow, Harry and Meghan’s woke talk could provoke political consternation among some politicians. When the royal couple offered thoughts and prayers for Australians enduring horrific wildfires, their Instagram post then related that environmental damage to fires in other areas of the world, concluding with “This global environmental crisis has now been described as Ecocide.” Prime Minister Justin Trudeau may welcome such a frank statement but it’s hard to imagine that Jason Kenney in energy powerhouse Alberta or Ontario’s Doug Ford, who has rolled back climate change programs of the previous government, will remain silent as the royals are perceived to be dissing their policies.

Also, there is the cost of having royals live in Canada, including paying for staff, accommodation, travel and the security needed to keep them safe while giving them the privacy they crave. There is no chance of picking a small two-bedroom house in Toronto, like they did while dating. As well, transportation in this vast nation is both expensive and time-consuming.

In their statement, Harry and Meghan wrote, “We look forward to sharing the full details of this exciting next step in due course.” Now, Canada is waiting to see whether it will host the most famous couple in the world.