Harry And Meghan’s Historic Deal With The Queen

Patricia Treble: The agreement means that Harry and Meghan will not use their royal styles of 'His/Her Royal Highness.' 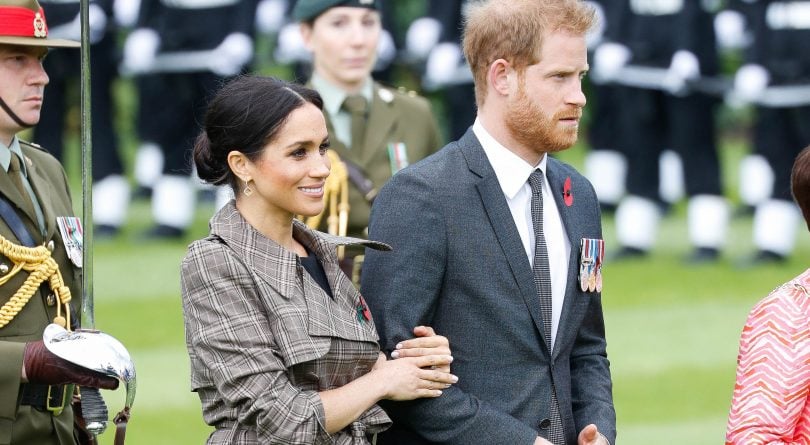 Late in the day on Saturday, Buckingham Palace announced the deal that Queen Elizabeth II and her family have struck with Prince Harry and Meghan, Duchess of Sussex, after the popular couple announced earlier in January that they were stepping away from their roles as senior royals. The announcement began with a deeply personal message from the Queen, who stated that “Harry, Meghan and Archie will always be much loved members of my family,” and was followed by a more prosaic detailing of the deal from her staff at Buckingham Palace. (The full statement is below.)

The deal is intended to smooth the couple’s transition from senior full-time members of the House of Windsor to private members of the Queen’s family. Though Harry and Meghan wanted to “carve out a progressive new role” within the monarchy, that idea proved unrealistic when compared to the traditions of an ancient institution resistant to sudden changes.

Still, it will also allow them to achieve their sought-after “financial independence” by undertaking commercial agreements with businesses, which could be worth upward of US$400 million.

The deal means that Harry and Meghan, who joined the royal family less than two years ago, will not use their royal styles of “His/Her Royal Highness” though they will, technically, retain the titles (they will be known as Harry, the Duke of Sussex and Meghan, the Duchess of Sussex.) That was assumed to be an absolute requirement for a deal as otherwise it would create an unavoidable conflict and inevitable scandal if one of their sponsors or affiliates garnered bad headlines that reflected back on the royal family. It is notable that the announcement also states, “While they can no longer formally represent The Queen, the Sussexes have made clear that everything they do will continue to uphold the values of Her Majesty.” So don’t expect any Harry and Meghan infomercials or to see their images on tubs of butter or headphones.

The Sussexes’s idea of being quasi-royals, able to undertake some duties—perhaps royal tours—while not being full-time working royals, didn’t fly. While they can keep their private patronages—late last week, Harry announced that the 2022 iteration of his beloved Invictus Games will be held in Germany—they are stepping down from all other royal appointments, which would include Harry’s relatively new role as captain-general of the Royal Marines.

In addition, the couple is going to repay the cost of refurbishing their home, Frogmore Cottage near Windsor Castle, to the Sovereign Grant, which pays for the monarch’s official duties as well as some expenses of the rest of the family. That cost, estimated to be around $6 million, was enormously controversial, especially as the work was done to make it a residence for them in their roles as senior royals. Whether it now switches to a regular lease owned by the Crown Estate is unclear.

Reference to the other major cost, 24/7 security, is deliberately avoided other than to say that there is an independent process for determining need. The couple may have to pick up some or all of the costs, especially after reports in the last few days that Prince Andrew is set to lose his security detail after retiring from public duties in the aftermath of his disastrous interview regarding his friendship with convicted pedophile Jeffrey Epstein.

The deal takes effect in the spring of 2020. As of now, Harry is still in Britain, where he is expected to undertake more duties in the coming week, while Meghan and Archie are at a private retreat on Vancouver Island in British Columbia. The family is expected to be reunited in Canada soon, though the length of their stay is also unclear.

Statement from HM The Queen

Following many months of conversations and more recent discussions, I am pleased that together we have found a constructive and supportive way forward for my grandson and his family.

Harry, Meghan and Archie will always be much loved members of my family.

I recognise the challenges they have experienced as a result of intense scrutiny over the last two years and support their wish for a more independent life.

I want to thank them for all their dedicated work across this country, the Commonwealth and beyond, and am particularly proud of how Meghan has so quickly become one of the family.

It is my whole family’s hope that today’s agreement allows them to start building a happy and peaceful new life.

The Duke and Duchess of Sussex are grateful to Her Majesty and the Royal Family for their ongoing support as they embark on the next chapter of their lives.

As agreed in this new arrangement, they understand that they are required to step back from Royal duties, including official military appointments. They will no longer receive public funds for Royal duties.

The Sussexes will not use their HRH titles as they are no longer working members of the Royal Family.

The Duke and Duchess of Sussex have shared their wish to repay Sovereign Grant expenditure for the refurbishment of Frogmore Cottage, which will remain their UK family home.

Buckingham Palace does not comment on the details of security arrangements. There are well established independent processes to determine the need for publicly-funded security.

This new model will take effect in the Spring of 2020.