Jian Ghomeshi is expected to appear in court to sign a peace bond, which would result in the final charge against him being dropped. 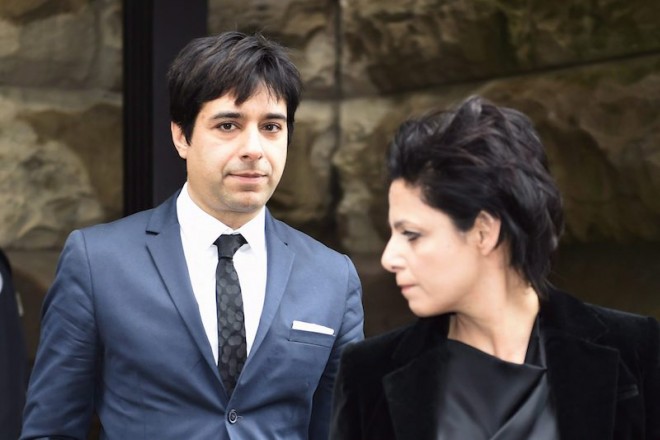 There will be no second trial for Jian Ghomeshi.

Instead, the former CBC radio host returns to court Wednesday to sign a peace bond, an action initiated by Ghomeshi’s defence, according to the Canadian Press. As a result, the Crown is expected to withdraw its single charge of sexual assault.

That charge relates to allegations brought by a former Q producer who says Ghomeshi groped and rubbed himself against her at work in 2008. It was scheduled separately from Ghomeshi’s February trial because it is a more recent incident and had a workplace context. A witness was expected to testify to seeing the alleged incident.

Instead, Crown Michael Callaghan and defence attorney Marie Henein will return to room 125 at Old City Hall court before Justice Mavis Wong to have Ghomeshi sign the bond. While it’s not a requirement of a peace bond, Ghomeshi will make an apology. It will be the first time he has spoken in court.

To understand what a peace bond is and why it is being used in this case, Chatelaine consulted with legal professionals.

Peace bonds are “not uncommon” in cases of sexual assault, says Toronto criminal defence lawyer and former Crown John Navarrete. Similar to a restraining order, the bond would require Ghomeshi “keep the peace and be of good behaviour” for up to a year, not possess weapons as defined by the Criminal Code and not have any contact directly or indirectly with the complainant.

A peace bond means that the complainant expressed some concern for her safety and that Ghomeshi acknowledges that she has a “reasonable apprehension of fear,” says Navarrete. But it is in no way an acknowledgment of guilt — or even partial guilt — on Ghomeshi’s part.

Breaching a peace bond is a federal criminal offence — a conviction on that charge carries a maximum sentence of up to four years in prison.

Why is a peace bond being used here?

The peace bond was suggested by the defence, possibly in order to avoid a trial or guarantee Ghomeshi would not get a criminal record. “From the defence perspective, it’s a good result because there is no criminal finding of guilt,” says Toronto criminal lawyer Chris Murphy. “But because you’re getting no criminal record, there’s not a whole lot to lose by entering into a peace bond.” A trial is risky in any circumstance, Navarrete says. A bond is a “known result.”

It’s also likely that the Crown believed there was a low likelihood of conviction in this case. “In a workplace, if an employer honestly but mistakenly believed that mock sexual act would be received as a joke, it’s a real issue of whether or not that’s a sexual assault,” says Murphy. A peace bond also means the complainant does not have to testify at trial and is assured court-ordered protection.

More:
I tried to warn women about Jian Ghomeshi — and it nearly destroyed my life
Exclusive: Lucy DeCoutere on the Ghomeshi disaster
What I wish I’d known before testifying in the Ghomeshi trial