$7 billion for child care, and other takeaways from Trudeau's 'woman-friendly' budget

The 2017 budget includes more flexibility around parental leave and $100 million aimed at getting a national strategy that prevents gender-based violence off the ground. 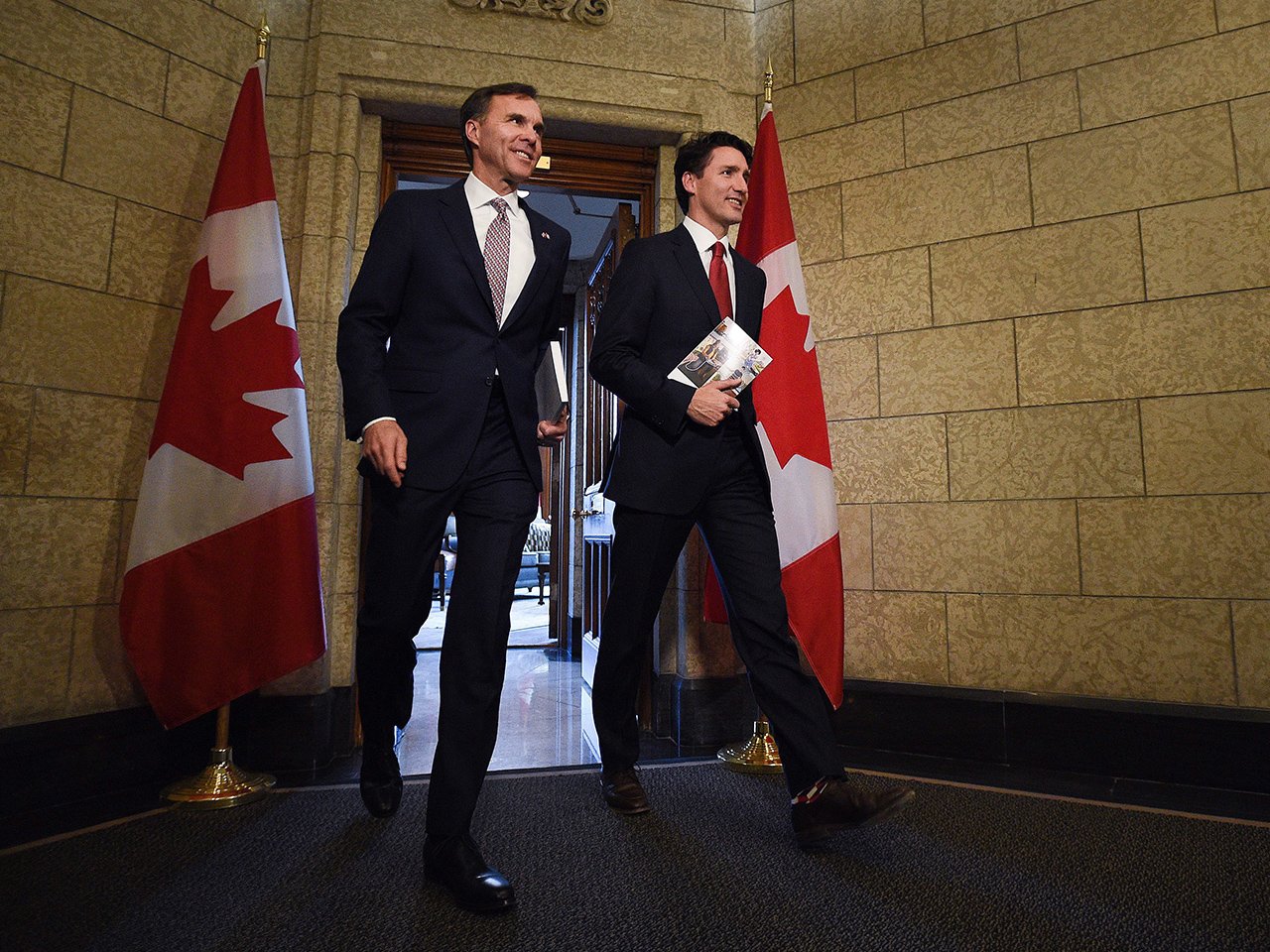 In the past few weeks, Prime Minister Justin Trudeau’s government emphasized that the 2017 budget would have a focus on women. From a huge investment in child care to funds aimed at preventing gender-based violence, here are some of the ways that promise played out in Wednesday’s announcement.

Parental leave would be extended to 18 months
This is good news on the face of it — some parents would definitely be up for taking the extra time. But the option to extend Employment Insurance benefits another half year doesn’t actually put more money into parents’ pockets, says Kate McInturff, senior researcher at the Canadian Centre for Policy Alternatives. The money would be stretched over 18 months instead of 12. It’s really just a “stop gap” to deal with epic daycare wait lists, she says (many licensed childcare programs don’t accept kids until they’re 18 months old).

You can go on mat leave earlier
This budget proposes women can claim Employment Insurance benefits up to 12 weeks before the baby is due (it used to be eight weeks). The government is selling this as an increase in “flexibility” for working parents.

$7 billion has been allocated to child care
This is the more meaningful investment that child care advocates — and countless parents shelling out thousands of dollars a month — were looking for. The government says it will spend an extra $7 billion over the next decade on child care, which could mean the creation of up to 40,000 new subsidized childcare spaces in the next three years alone. This builds on the $500 million for the provinces and territories already promised for 2017-18 — but, it’s not a totally new investment. The funds allocated to child care over the next five years (about $550 million a year) will pull from the $11.9 billion social infrastructure pot announced in 2016. According the Canadian Press, the Liberals would then have “a carrot to dangle before families during the election as the child care funding would … jump to approximately $800 million annually between 2022 and 2028.” McInturff says the funds will eventually shorten daycare waiting lists and lower exorbitant childcare fees.

There’s a tax credit for caregivers
If you’re one of many Canadians caring for an elderly parent or a critically injured or sick relative, take note: There’s a new consolidated caregiver tax credit, the Canada Caregiver Credit, that will allow caregivers to claim up to $6,883 tax credits on expenses related to that caregiving for a relative with “infirmities” including those with disabilities, and $2,150 if it’s for your spouse or child. (So, in a hypothetical scenario from the budget, “Ann” claims $6,883 in tax credit, which nets her $1,032 in tax relief). Eligible caregivers will also get a new EI caregiving benefit of up to 15 weeks for time off work. The government also says it’s keeping its commitment to helping caregivers of military veterans by giving them about $1,000 a month for the next six years.

Funding aimed at preventing gender-based violence was announced
When Status of Women Minister Maryam Monsef announces the government’s highly anticipated national gender-based violence strategy in the coming weeks, she’ll be armed with $100.9 million for the first five years, and $20.7 million every year after to address the issue. While that sounds like a lot of cash, violence against women costs the economy $12 billion every year, McInturff says — she considers it a drop in the bucket.

Women entrepreneurs get a boost
Half of all new businesses in Canada are now started by women, but small-and-medium-sized female-run businesses earn less than half the revenue of comparable businesses owned by men, according to the Business Development Bank of Canada. The government announced a $40 million fund for women-led technology firms back in November and said it will give an additional $10 million to support regional initiatives for women founders.

$118.5 million will help Indigenous populations in cities
“Indigenous women are particularly vulnerable in urban centres,” the budget reads, and more than half of all Indigenous people live in cities. The budget earmarked $118.5 million over five years to boost the Urban Indigenous Strategy, which helps those at risk.

The budget’s final word addressed equality
The document’s last chapter, titled “Budget 2017’s Gender Statement, focused on what came from the gender-based analysis the Liberals applied to its policies and spending decisions. “They’ve got some nice little bits of money going towards things that are important to women,” McInturff says. “But they’re still not thinking about the big picture of job creation, tax policy, employment insurance – how do we design those so they work for men and women equally?”

More:
Subscribe to our newsletters
‘I don’t own a scale. I don’t believe in those things.’ Misty Copeland on getting a Ballerina Body
The future of hockey is female, so why aren’t women paid to play?