Doug Ford Won The Ontario PC Leadership. What Can We Expect In The Election Itself?

Prepare for a very polarizing race to the Ontario provincial election. 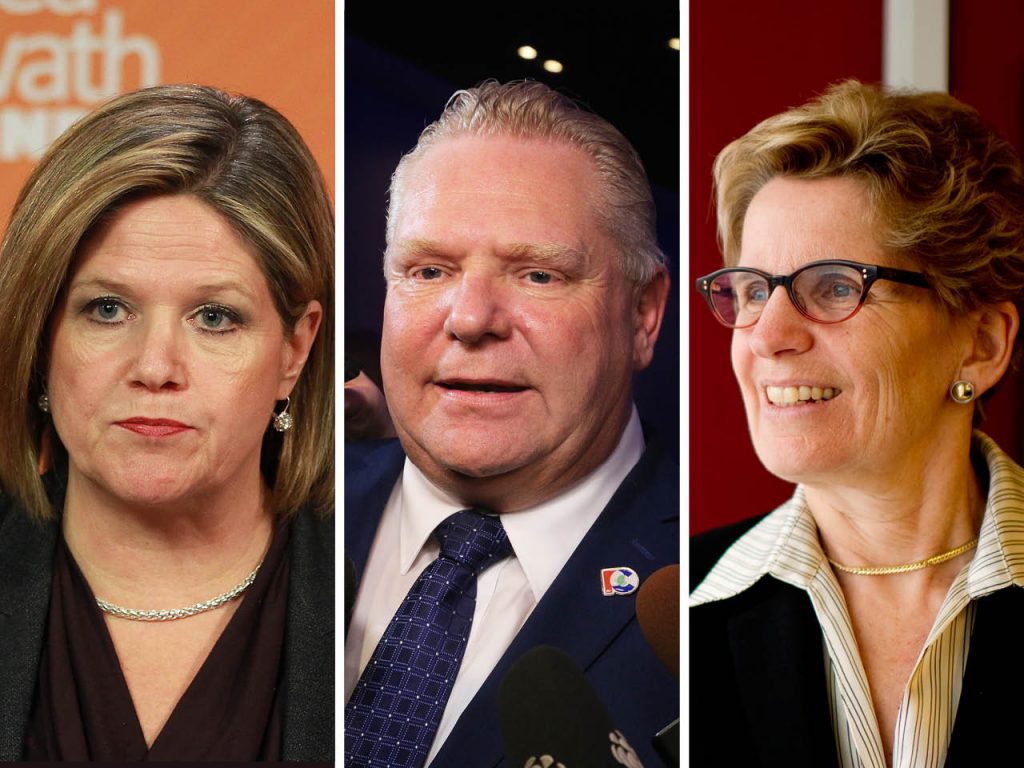 Watching the results of the Ontario Progressive Conservative leadership vote this weekend felt like a major rewind to November, 2016. Two candidates — an experienced, measured woman versus a pulls-no-punches populist man — faced off in a drawn-out race to the finish. The night ended with a Donald Trump/Hillary Clinton situation: Doug Ford squeaked out ahead of Christine Elliott with the majority of riding points, while Elliott won more voters overall.

Elliott contested the outcome, and took until Sunday afternoon to concede defeat in the name of a united fight against Liberal premier Kathleen Wynne. But what will that fight look like in the run-up to voting day June 7, where Ford must also beat NDP leader Andrea Horwath to become Ontario premier? Can we expect even more U.S. election déjà vu?

Prepare for a VERY polarizing race

Doug Ford, brother to the recently deceased former Toronto mayor Rob Ford, is a very divisive figure, seen as anti-establishment despite having spent most of his life in politics (he was Toronto city councillor from 2010–2014, and ran for mayor after Rob was too sick to continue his campaign).

“What was most surprising about Saturday’s result was there were two truly formidable candidates, women who are massive success stories in their own right [both Elliott and Caroline Mulroney] and yet somehow [the winning candidate has been] known to make misogynistic, sexist statements, who’s part of a family wrought with controversy,” says Liberal political commentator and public relations and communications expert Amanda Alvaro.

Almost half of Ontario voters don’t like Ford as PC leader, according to a Forum poll published Monday (which also found that women really don’t like him — 50 percent said they’re less likely to vote for the Ford-led PCs). But, according to the poll, the Tories could still win a majority government if the vote happened today — change is on the wind and plenty of voters have had enough of the Wynne Liberals.

This time around, Ford has so far smartly steered clear of gender-specific attacks, and he’d be wise to stay on that train, says Kate Harrison, a senior consultant at Summa Strategies who has been involved with the Ontario PCs for the past decade. “Doug will want to be careful not to be seen as a bully on stage against two women,” she says. “I don’t think he needs to resort to personal attacks at all because the electorate is already in a place where they’re anxious for change.”

That said, Ford doesn’t exactly have the best track record when it comes to respect for women, Alvaro says (remember when he called a Toronto Star reporter a “little bitch?”), adding that the Tories in general are consistently negative in their campaign advertisements. She doesn’t expect this high-stakes campaign to be any different.

Get ready to see more women involved in provincial politics

In the year after Trump’s U.S. election win, women started signing up in droves to either run for political office, volunteer or at the very least, commit to vote. There could be a similar motivation in Ontario, says Alvaro, given the risk to education, childcare and healthcare inherent in Ford’s economic austerity message, not to mention his willingness to restrict abortion rights for young women.

Harrison says the fact that three women ran in the PC leadership race alone is a testament to the eagerness of conservative women to get involved in provincial politics. “I’ve seen a noticeable uptick in women running as candidates for us in key winnable ridings,” she says. Expect to see Elliott and Mulroney on the frontline of the PC’s election campaign, she says (social conservative candidate Tanya Granic Allen may also get a political thank you of sorts for sending her supporters to Ford after she lost on the first ballot). Putting strong conservative women candidates front and centre would also be a smart move on Ford’s part in response to criticism, in light of the allegations levelled against Brown, that the party is hostile to women, Harrison says.

The risk and opportunity for the NDP

Unlike the U.S. election landscape, where it was really a one-on-one smackdown, there’s a third player in the race for Ontario premier. This election will be Andrea Horwath’s third as NDP leader, and she’ll benefit from not being as well-known, or as polarizing, as Wynne or Ford, Harrison says. “People don’t have a lot of hard and fast opinions about Andrea Horwath, and I think that’s an opportunity, especially in a change election.” But what will happen with the Ontario working class and northern votes this time around? The Liberals have been working hard on the progressive vote both provincially in Ontario and federally, so it’ll be a challenge for Horwath to sell her party to them, and to the “soft middle” voters who might be ready for a change from the Wynne government, but aren’t super stoked on the idea of Premier Ford.

Watch: Why is it still so hard to be a woman in politics?