How the Carter family gave their mother a dignified death

The family was at the centre of a 2015 Supreme Court decision that ruled a blanket ban on doctor-assisted death was unconstitutional. 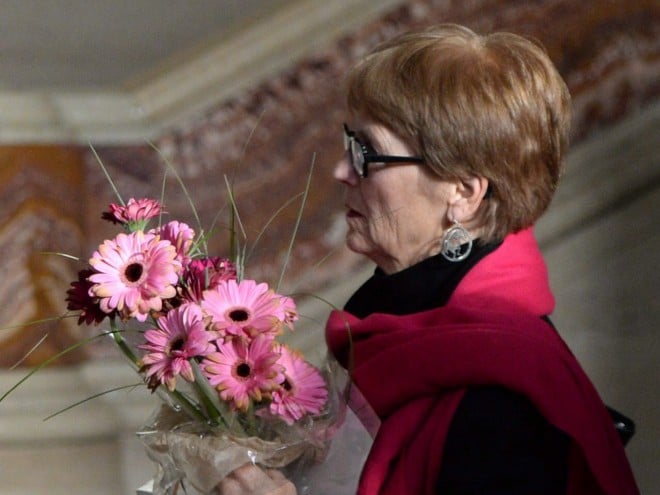 New legislation tabled yesterday on doctor-assisted death has been criticized for being too cautious and narrow in scope. Justice Minister Jody Wilson-Raybould acknowledged the bill will be “troubling” for some, and “for others, it will not go far enough.” She also said future amendments could be made in the future, as they continue to study recommendations from a joint Parliamentary committee.

The bill follows a Supreme Court ruling in February, 2015, that declared a blanket ban on doctor-assisted death as unconstitutional.  The landmark case included plaintiff Lee Carter, who helped her mother, Kay Carter, travel to Switzerland in 2010 to end her life. Kay suffered from spinal stenosis, a painful and debilitating condition that left her incapacitated and dependent on others for even the most basic tasks. Lee Carter told The Globe and Mail yesterday she was “bitterly disappointed” by the bill, which comes with strict conditions around who can legally seek an assisted death.

After the 2015 ruling, writer Karma Brown spoke to Lee and her sibling, Price Carter, about the process the family went through both to secure a dignified death for their mother, and change assisted dying laws in Canada.

On January 15, 2010, Kay Carter, 89, sat on a floral-print couch in an otherwise nondescript room, a small drinking glass in her frail and shaking hands. She drank the clear, bitter liquid through a straw. She ate a piece of Swiss chocolate to mask the drink’s bitterness and soon fell asleep. Minutes later she died peacefully in the arms of her family — some 5,000 miles from her home in British Columbia.

She had told her daughter, Lee, of her to desire go to The Dignitas clinic in Switzerland six months earlier: “I would like to die with dignity,” she said. “Would you help me?”

To use Dignitas’s services, they had to first join the organization, pay some starter fees and then submit a lengthy application. “It was a full time job to put the documentation together,” Lee says, adding that one package of documents was 46-pages long. Along with Kay’s birth certificate and medical records, Dignitas also required her husband’s death certificate, her children’s birthdays and addresses, and a letter of support from her family. Lee admits not all her siblings felt comfortable with Kay’s decision, but they all signed the letter to support her.

Related: Would you help a loved one end their life?

For Lee, one of the most difficult parts of getting Kay to Dignitas was keeping it all a secret. Up until a few days before they left for Zurich, only her children knew the truth — even Kay’s doctors were kept in the dark. “I had to lie to get a couple of documents, which bothered me because it’s not how we live,” Lee says. “But if anyone in the medical profession knew what we were doing, they could have called the police.” The total cost for the Carter family’s trip was $33,000. In November 2009, Kay’s application got the green light.

After her death on January 15, as is protocol, the police were called and arrived along with a medical examiner to ask a few questions. Kay had signed papers asserting her intentions and the legal requirements were in place, so about an hour later the family was in a taxi. “I thought we’d be devastated, but her wish to die with dignity came to fruition and she was at peace,” Lee says. “It was an amazing experience to be with her.”

Rather than the shock that came with his father’s death (of a heart attack while in Japan on vacation), Kay’s family had the opportunity to spend time with her in the months before her death. “I would talk about missing her, missing our talks, and I was lucky to have the benefit of the person I would miss helping me through that process,” Price says. Before they left for Zurich, Kay’s family went through her things and put sticky notes on the items they wanted to keep, and then gathered at her bedside, ordered pizza and shared memories of the items they’d picked. “She was there to share in our delight at those things that meant most to us about her,” Price explains. “We were able to mourn with Kay. She taught us all about a ‘good death.’”

Debates and discussions around the dinner table were common in the Carter household.“Kay was always aware of the underdog. Abortion, dignified death, women’s rights were just some of the causes she pursued,” Price says. “Conviction was her greatest strength. [Kay would have smiled] at the conversations her choice has made both in the courts and in our society.”

“We are a death denying society and we are poorer for it,” Price says. “There is a better way to feel death, to experience its impact, to heal before the end. I was present for the birth of my children and the death of my mother, and both were beautiful experiences.”

More:
I tried to warn women about Jian Ghomeshi — and it nearly destroyed my life
Arianna Huffington on the science of sleep
Memoir: The baby girl I almost had