Fried chicken with a side of controversy. 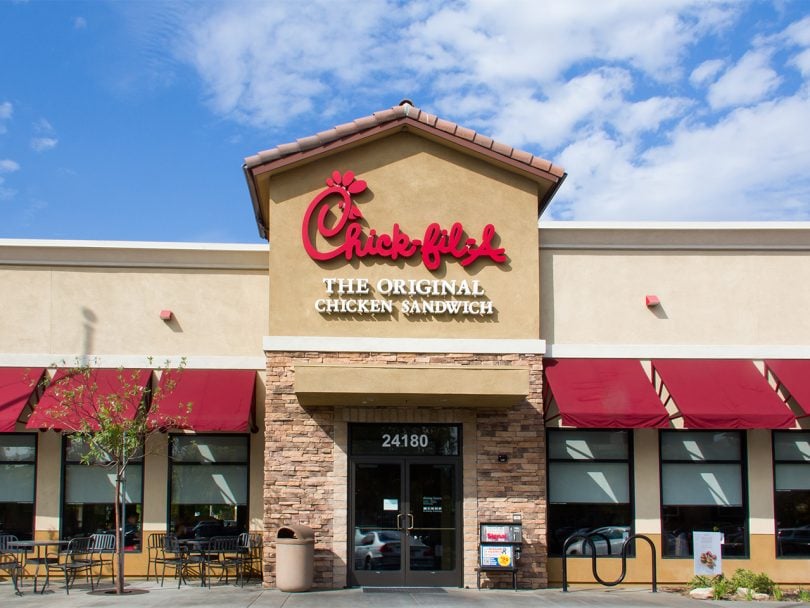 Canadians usually go gaga for international fast food chains. Some waited outside for more than 12 hours to eat at Toronto’s first Jollibee, and others took off work for a chance to try Shake Shack at a one-day pop-up last year. But Canadians aren’t being quite as friendly to the latest foodie import. On Wednesday, Chick-fil-A announced that it will be expanding to Toronto in 2019, with plans to open 15 stores across the Greater Toronto Area within the next five years. But instead of getting ready to line up, many would-be fans have taken to social media to announce their plans to boycott the Georgia-based chain. Here’s why.

Chick-fil-A is reportedly en route to become the third largest fast-food chain in the United States, behind McDonald’s and Starbucks. It’s famous for its chicken sandwiches and advertising campaigns featuring cows with the catchphrase, “eat mor chikin.” The brand got its start in a suburban Atlanta mall back in the late 1960s, and expanded across the Southern United States before making its way north — in 2014, it opened a location at the Calgary International Airport.

Along with fried chicken and cows, Chick-fil-A is famous for its strong Christian beliefs. Locations are closed on Sundays (including the Calgary airport location), and Chick-fil-A’s corporate purpose is: “To glorify God by being a faithful steward of all that is entrusted to us and to have a positive influence on all who come into contact with Chick-fil-A.”

Why do Canadians want to boycott Chick-fil-A?

On a radio show in 2012, Chick-fil-A’s current CEO, Dan Cathy, said, “We’re inviting God’s judgment on our nation when we shake our fist at him and say, ‘We know better than you as to what constitutes a marriage.’ And I pray God’s mercy on our generation that has such a prideful, arrogant attitude that thinks we have the audacity to redefine what marriage is all about.”

In the same year, reports showed that the company’s WinShape Foundation donated millions to anti-LGBTQ organizations, and as the New Yorker notes, despite a stated commitment to treat all customers equally, Chick-fil-A has continued to donate to such groups.

The planned Toronto opening isn’t the first time Chick-fil-A has faced push-back. In 2012, gay rights activists staged a “kiss day” at Chick-fil-A locations across the US to protest Cathy’s stance against gay marriage, and when the chain started popping up in New York City, mayor Bill de Blasio said, “I’m certainly not going to patronize them, and I wouldn’t urge any other New Yorker to patronize them.” Despite the backlash, there are now six Chick-fil-A locations in the city, including the nation’s biggest, which boasts five floors and a rooftop patio — and long lineups.

Y'know where you can get good fried chicken? Literally everywhere. And without supporting bigotry. I don't need a Chick-fil-A in this Toronto. pic.twitter.com/Pva7G0su20

@ChickfilA That’s unfortunate. You’re not welcome in Toronto. I know your homophobic history and your bankrolling of political candidates who promote anti-LGBT discrimination. That bigotry has no place in Canada. I will be boycotting you. #BoycottChickFilA

No, we don’t need a backward thinking company like Chick-fil-A in our city. Toronto citizens will be fine with an abundance of inclusive, tasty, fried chicken sandwich joints already here in our city.

@ChickfilA is apparently about to open its first Canadian franchise in Toronto. Join me in sending Don Cathy the message that his hateful views aren’t welcome here. #boycottchickfila 🌈❤️

How to make a sheet-pan chicken dinner