If you weren't lucky enough to snap up the band's tour tickets, which sold out in seconds, don't despair — there's still a way to witness what will likely be Gord Downie's last tour. 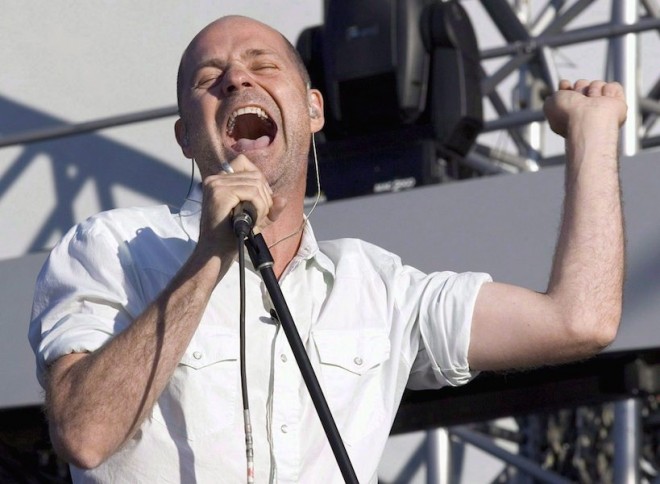 Gord Downie of the Tragically Hip performs as one of the opening acts to the Rolling Stones concert in Moncton, N.B. Paul Chiasson/The Canadian Press.

The CBC will broadcast live the final stop of The Tragically Hip’s upcoming tour, which ends in Kingston, Ont. CBC television, radio and online platforms will carry the concert on Aug. 20, starting at 8:30 p.m. ET.

The public broadcaster announced the program as the band released its 14th studio album, “Man Machine Poem,” on Friday. The tour is expected to be the final one for the iconic Canadian band, given lead singer Gord Downie’s battle with incurable brain cancer. Downie’s medical condition was revealed by the band on May 24, and the Hip’s tour was announced the next day.

Demand for tickets has been overwhelming, with all 15 shows across Canada selling out almost instantly. Ticketmaster told The Canadian Press that roughly 1.3 million fans tried buy tickets during the public sale but only several hundred thousand seats were available. Earlier this week, a new batch of tickets were made available after the band tweaked its stage design to accommodate more fans but those seats also sold out immediately. Fans have been fuming about the exorbitant mark-ups on tickets being sold on secondary websites like StubHub and classified sites like Craigslist and Kijiji.

Members of the Hip also seemed to be displeased with how ticket sales went. Guitarist Rob Baker responded to a fan on Twitter, saying that they were “sad and concerned” about the sellout. “We make every effort to make sure it is fair — much beyond our control,” he tweeted. “We want fans rather than the connected.”

Gord Downie’s message to his fans

CBC said the concert in Kingston, the band’s hometown, will be carried live on CBC Television, CBC Radio One, CBC Radio 2, its YouTube channels, and cbcmusic.ca. The tour will launch July 22 in Victoria.

When the shocking announcement was made that Downie is battling terminal cancer, the band’s managers assured fans the frontman had received clearance from doctors to perform and was determined to “blow people’s minds.” The 52-year-old father of four was diagnosed with glioblastoma in December after suffering a seizure. He had surgery and treatment for what doctors say is the most common and aggressive type of tumour to start in the brain.

“The will to do the tour, that was easy,” manager Patrick Sambrook said at a press conference also attended by Downie’s neuro-oncologist, Dr. James Perry. “The (question was): ‘Can we do this?’ and ‘Can we do it to the level that (we want)?’ It’s a pro band, Gord absolutely doesn’t want to go out there unless he can really do his thing and so I mean, their head space, his head space is: ‘We want to blow people’s minds.”’

The band has not spoken to the media about Downie’s condition and the tour, but posted a letter to fans on its website saying the concerts felt like “the right thing to do now, for Gord, and for all of us.”

“What we in the Hip receive, each time we play together, is a connection; with each other; with music and its magic; and during the shows, a special connection with all of you, our incredible fans. So, we’re going to dig deep, and try to make this our best tour yet.’

More:
Gender-neutral anthem one step closer to becoming law
Pasture-raised pork: The next big thing at the meat counter
City realizes there’s no such thing as a beach body, bans lame ads