This Canadian woman is sending 24 Syrian girls to summer camp

Order of Canada recipient Jocelyn Palm has run a camp for nearly 40 years. This summer, she'll welcome young refugees into the wilderness that shaped her. 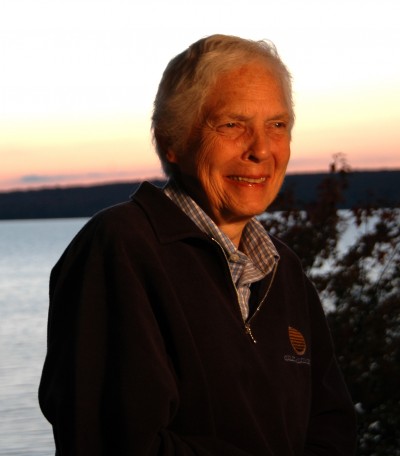 As a long-time advocate for women’s health and a pioneer in the field of aquatic lifesaving, you could say Jocelyn Palm is not someone who does well with downtime. But, actually, it’s play that the 76-year-old Order of Canada recipient, found her purpose in. Since 1977, Palm has operated the all-girls Glen Bernard Camp, 700 acres in the lush wilderness of Northern Ontario. This summer, she and her staff will welcome 24 young Syrian girls for a week in the woods, free of charge. She spoke with Chatelaine about “camp people,” what young girls can learn from a high-ropes course and the healing power of play.

How did you get into the world of camp initially?

When I was six years old, my parents sent me to camp for a month, and I loved it. [There were] lots of other kids there, a counsellor looked after you and I loved all the activities — swimming, canoeing and sailing. I went back every year for 15 years and took staff jobs.

And how did you come to own Glen Bernard?

I knew the camp well. I worked there during university. Later, when I was working for the Lifesaving Society, I was driving home after a meeting in North Bay and I thought, “I’ll drop in to camp.” I hadn’t been back in 10 years. When I walked in the dining hall, three people were sitting there having their supper. The two owners said, “We’re done. We’re going to sell the camp.” I went home and put some plans together. I gave them an offer and six weeks later, I was the owner.

One of my first jobs was as a camp counsellor, and I worked at camps until I was about 22. You do it and it gets into your blood and you feel like you can never leave. It’s hard to explain to people without sounding cult-ish.

Being a camp person, you have to learn to fit in, if you’re going to survive and have friends. It’s a great education, especially in a residential situation. You eat and sleep and play and go on canoe trips with the same people. Everything you need to learn about taking care of the natural world you can learn on a canoe trip: how to eat, sleep, deal with waste, get clean water, how to find your way.

And then you have to get a “real job.”

There is no more real a job than camp. It’s very hard work, but it’s fun.

This summer, you’re welcoming 24 Syrian girls to the camp free of charge. How did that idea come about?

We’re celebrating our 95th season and we wanted to do something to mark it. What better thing to do than to follow the lead of the person who started [it all]? In 1940, Mary Edgar — who then owned and ran the camp — said, “I need to do something to help the children overseas.” So she organized to have a planeload come in with kids from London, England, so they could escape the air raids and running to shelters every night. She brought kids to Canada every summer during the war. I’ve talked to some of the women who came — when they tell me the story, they cry. It was such an impactful experience. They had people looking after them all the time. They swam and canoed and sang and had a break from all the trials of war. It was only logical that [given the] horrendous experience that the Syrians are having, we would help these newcomers to learn a bit about the wilderness. That’s the spirit of camp.

Especially in the case of young refugees, their community is broken — they’re moving all the time and disconnected from the people they love.

We’re very sensitive about the word “camp.” Before they come, we’re going to visit [the girls] and show them pictures. For some of them, all they know is a refugee camp — the word has a bad connotation. But I hope they’ll love it.

Why is camp so beneficial for young girls in particular?

We have a high-ropes course, which is quite extensive, and, no kidding, it is the best self-esteem exercise ever. But when we have co-ed groups visiting the camp, as soon as they get their harnesses on, the boys are in your face before you can even move. And all the girls step back. When we’re 13, we all think we have to look special for the boys, and we forget who we are. We give up things for others. There are girls who think, “I don’t do heights,” but when they [finish], they have such confidence. They smile and straighten up a bit. Children learn by the games that they play.

I can safely say camp changed my life. How has it changed yours?

Because you’re at camp and electronics aren’t in play, you have to actually look at people when you speak with them, and be concerned with how they’re feeling. I think that kind of thing is useful. And it shaped me to be committed — when I get into something, it becomes part of me. I say never tell women something’s impossible. If it’s a job that requires gut work, I’m your woman. And I’m not retiring.