Oh BEY-by! Everything you're dying to know about Beyoncé's twins news

It's Instagram official: The Carters are having twins. Here, we attempt to answer your burning questions.

What is going on?
Yesterday, just after lunch, Beyoncé (A.K.A. Queen Bey, A.K.A. the bright light in the darkness that is 2017) revealed via Instagram that she and Jay-Z are having not one, but two babies. The caption read: “We would like to share our love and happiness. We have been blessed two times over. We are incredibly grateful that our family will be growing by two, and we thank you for your well wishes. – The Carters” And then the Internet exploded in ways not seen since Kim Kardashian perched that champagne glass on her greased-up keister. The image of Bey, veiled and cupping her belly, is apparently the most liked post in the history of Instagram, currently clocking in nearly 8 million hearts. Because, of course. 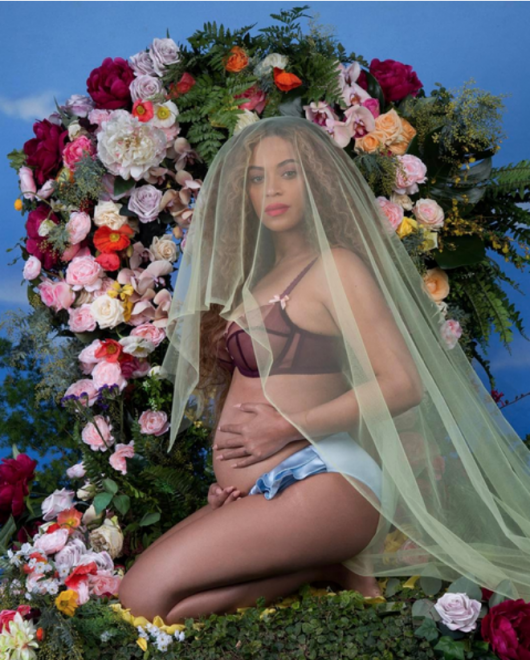 How did we not know this?
With the glaring exception of a certain 2014 elevator squabble, we learn things about Beyoncé when Beyoncé wants us to learn things about Beyoncé. Given that she is famous and female (and that Blue Ivy is five years old now), celebrity gossip rags have been “reporting” a possible Bey pregnancy for a while now. Last week this new ad for Bey’s Ivy Park fashion line caused a flurry of speculation (based on the fact that she is kind of covering up). And there are a few crumbs from Beysus, including this Instagram post where she’s seen sort of but not really cupping her tummy. To die hards, it may as well have been a sonogram.

When are the twins coming?
Hard to say since B didn’t share a due date or how far along she is. If one were to speculate (and why wouldn’t one?), one could guess that she is probably three or four months along given that most women want to cross that three month mark before going public. So maybe summer? Watch Gwyneth Paltrow’s social media for “subtle” hints, meant to demonstrate her insider status.

Why did Beyoncé announce the pregnancy yesterday?
The Grammys are in less than two weeks, which kind of forces her hand. She is up for nine awards for Lemonade, and she would be there even if it meant delivering her babies from behind the podium. Many people have also noted that yesterday was day one of Black History Month, which feels like a fitting time to announce, given Bey’s status as political activist. There is also a theory going around that when you add up the numbers in yesterday’s date — 01+02+2+0+1+7 — you get 13. And then 1+3 = 4, which is Bey’s favourite number. Proof positive of…the fact that a lot of people need a new hobby.

Related: Why Beyoncé’s CMA performance means more than you think

And why the elaborate photo, complete with flower wreath? Isn’t it a bit cheesy for Queen Bey?
Thank you for saying that! While we hesitate to be even mildly critical (beware the wrath of the Bey Hive!), the floral wreath background does feel a bit, well, Easter Parade? Texas prom queen? Anne Geddes? No doubt this pic smacks of Destiny’s Child-era Bey, back when she let her mom handle her wardrobe, and not the edgy icon we know today. Though apparently nearly 8 million fans disagree. Note that Bey posted additional photos on her personal website, some of which continue with the Garden of Eden motif. So maybe it’s part of a larger piece of pregnancy-based performance art? A new concept album where Beyoncé is Eve, mother of human kind? Sounds about right.

Can we assume the, er, marriage difficulty is behind Bey and Jay?
Presumably you are referring to the marital dirty laundry Beyoncé publicized in Lemonade. While the lines between art and real life were never completely clear, the album seemed to be about reclaiming power in the face of her hubby’s infidelity. There were loads of rumours of an impending split around that time (Bey was apparently consulting Goop’s divorce attorney). At any rate, they seem to have worked it out. Some say the relationship is too big to fail (meaning there is too much money at stake and they will stay married no matter what). We would rather assume they are back to being crazy in love. 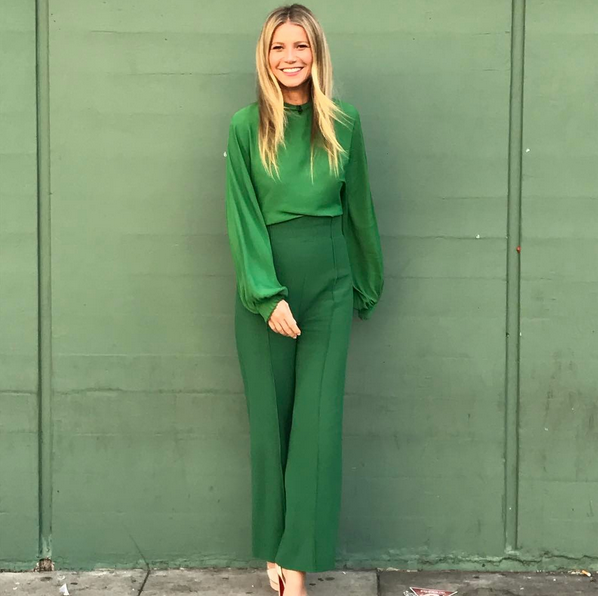 Any idea on names? Blue Ivy will be hard to top.
And yet, top it she will. How’s this for a conspiracy theory: Yesterday, Bey’s bestie Gwyneth Paltrow posted the above photo on Instagram — head to toe green and a green heart emoji. No question Goop had advanced warning on Bey’s big reveal. So maybe this is her telling us that Blue will soon have a sibling named Green? (Beyoncé has often used the blue heart emoji as a short hand for her daughter). Green Ficus has a powerful ring. And for Bey-by number two, maybe Red Rose.

With everything that’s going on in the world, am I wrong for caring about this?
Absolutely not. As discussed, what the world needs now is to come together over a joyous event: Cue our collective Lord and Saviour Beysus announcing a double baby bonanza. A few minutes (or hours) spent pouring over Bey’s pregnancy snaps is a balm for the times. Go forth all you Independent Women and celebrate!

More:
The 9 best bath salts and bombs for every issue, from dry skin to stress
A sneak peek at Ikea’s new spring line’s ingenious multi-purpose products
The 15 coolest libraries in Canada