Thousands evacuated, homes destroyed: What you need to know about the B.C. wildfires 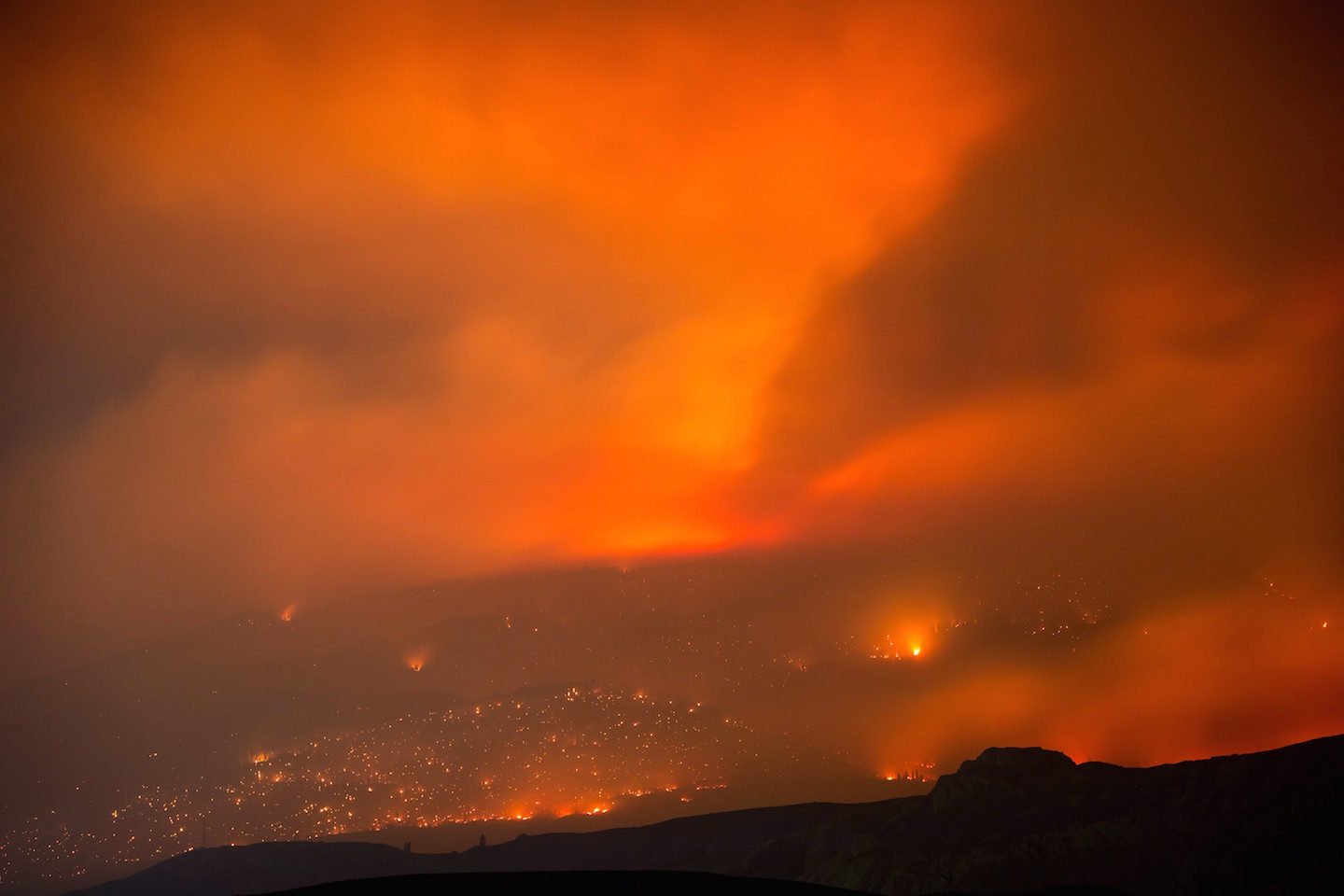 A wildfire burns on a mountain in the distance east of Cache Creek, B.C. Photo, Darryl Dyck/CP.

Hot, dry summer conditions have sparked raging forest fires across British Columbia, closing highways in the interior and prompting the province to announce a state of emergency. While there have been no casualties in one of the worst wildfire seasons the province has seen in more than a decade, emergency management officials say the situation is deteriorating. A $100 million emergency fund by the province has been created, and all levels of government have stepped in to contribute to the relief effort. Here’s what you need to know about what’s going on in B.C. right now — and how you can help.

What caused the wildfires?
A sustained heat wave, lighting storm and strong winds have created extreme fire danger conditions in the Cariboo, Kamloops and Southeast regions of the province.

How many fires are burning?
Officials say there are more than 200 fires burning across the interior of the province. There are currently 1,000 firefighters deployed, with more than 300 arriving from Alberta, Saskatchewan, Ontario and New Brunswick to pitch in. Bob Turner, the head of emergency management in British Columbia, says the province’s wildfire situation will remain challenging for several weeks as there won’t be a reprieve from the hot, dry, windy weather conditions. So far the fires have scorched 400 square kilometres of land.

How many people are affected?
Over 14,000 people have been evacuated from their homes, while 10,000 residents from Williams Lake were put on notice to evacuate Monday night. Many homes have been destroyed by the fire, including 30 in the community of Cache Creek and several on the Ashcroft First Nation.

What’s the government doing?
The province declared a state of emergency over the weekend, and B.C. premier Christy Clark and premier-designate John Horgan visited Kamloops Sunday night, where they announced a $100 million fund to aid the response and rebuild. Officials say the fund will provide $600 for each person who has lost property in the fire and is being managed by the Red Cross (those affected are being asked to register with the Red Cross). The federal government sent 3,000 cots and 3,000 blankets to Prince George and Public Safety minister Ralph Goodale says the Canadian government is working closely with the province. The Canadian Forces have lent aircraft and personnel.

What others are doing to help
Residents outside the fire zones have opened their homes to evacuees, while the United Way Thompson Nicola Cariboo is helping evacuees on the ground. Residents of Fort McMurray, who survived raging wildfires last year, have reached out to lend their advice and support. The Prince George Horse Society has offered to take in animals from evacuees and is currently providing shelter for many horses from Williams Lake.

How you can help
Financial donations are the best way to help right now, since there is nowhere to store clothing and toys, City of Kamloops manager for emergency support services Gordon Davis told the CBC. The Canadian Red Cross is seeking donations to provide immediate help to displaced people, including cots and blankets, in addition to financial support for food and clothing. You can donate $10 immediately by texting FIRES to 45678. Residents near the affected areas who would like to help are asked to check what their local evacuation shelter’s needs are.

More:
This is 40ish: How do you feel about getting older
Work, family, parents, everything: This is why you have no time
Subscribe to our newsletters