Angela Merkel deserves to be Time's 'Person of the Year'

The German chancellor makes tough decisions on the economy, environment and immigration. All while doing her own groceries. 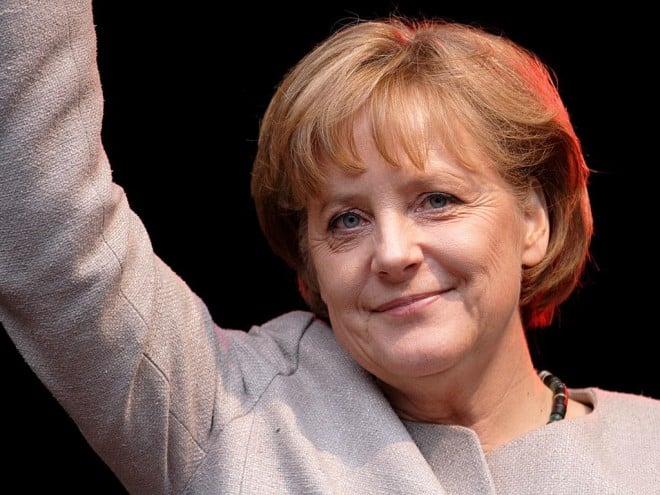 Time magazine named German Chancellor Angela Merkel its “Person of the Year” on Wednesday, the first woman to take the title in 29 years.

The 61-year-old grew up in East Germany, earned her PhD in quantum physics and became involved in politics shortly after the fall of the Berlin Wall. Among her accomplishments, she headed up the 1995 climate change conference in Berlin that led to the first real commitment to reduce greenhouse gases, and she has been a steady voice through the European financial crisis.

Her quiet, careful approach to policy is the antithesis of American-style politics, but it makes Germans feel “cared for,” write Karl Vick and Simon Shuster in their Time profile (it also explains her nickname, Mutti – meaning mommy.)

Here are some other qualities the writers highlight that make Merkel so worthy of this title.

“We can’t take you all,” Merkel said to a young, tearful refugee in a video that went viral in July.

The girl, about to be deported from Germany, was pleading with Merkel to stay, asking why she can’t “enjoy life” like others. The chancellor rubbed her shoulders in an attempt to comfort the girl, but the response came off as crudely political. Since then, however, Merkel initiated an open-door policy that has stood out for its inclusiveness, even as her popularity waned. Germany is on its way to welcome a million migrants before the year’s end.

She’s a boss who makes tough decisions —  even when they are unpopular.

Merkel has led Germany for a decade but as Vick and Shuster point out, she’s also the “de factor leader of the European Union.” Merkel hasn’t wavered amid endless protests over round after round of austerity measures to keep the European Union together.

“If the euro fails, Europe fails,” Merkel said plainly to German Parliament in 2011.

Merkel does her own grocery shopping and lives in a flat with her husband in central Berlin where his name, Prof. Dr. Sauer, appears on the buzzer.

Now that is refreshingly low maintenance for a woman navigating a high-stakes world.

Related:
Hillary Clinton proves you don’t have to be nice to be likeable
The Chatelaine Q&A: Ontario Premier Kathleen Wynne
How Canadians are helping Syrian refugees