All Lives Matter isn't a thing 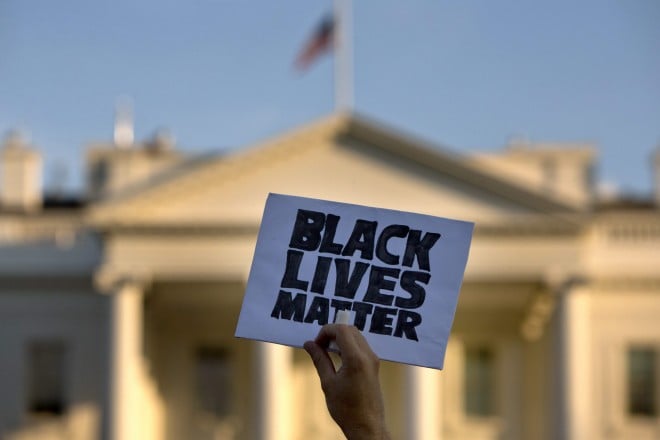 The Tenors, a crowd-pleasing pop opera foursome from B.C., is probably the last band you’d expect to stir up trouble. But when the group sang the Canadian national anthem at Tuesday’s MLB All-Star game in San Diego, Remigio Pereira went rogue in his solo, generating a storm of fury for changing the lyrics to “we’re all brothers and sisters, all lives matter to the great.”

Pereira has tried to explain himself with a series of tweets about peace and harmony and “ONE LOVE.” (All caps his.) So far, it isn’t working. The band has apologized and distanced itself and Pereira’s future with the group is up in the air.

He’s not the first pop culture figure to employ the phrase “all lives matter” in response to Black Lives Matter, the grassroots civil rights group formed in the wake of a series of killings of black men and women by police, or while in police custody. Jennifer Lopez, who just wrote a song to support the victims of the mass shooting at an Orlando gay club, has used the hashtag #AllLivesMatter, and MIA has criticized the movement, saying it ignores the oppression of Muslims. In an interview, she said, “It’s interesting that in America the problem you’re allowed to talk about is Black Lives Matter … Is Beyoncé or Kendrick Lamar going to say Muslim Lives Matter? Or Syrian Lives Matter? Or this kid in Pakistan matters? That’s a more interesting question.” It’s to their great credit that Lopez and MIA are using their platform to raise awareness of intolerance, injustice and oppression. But it’s misguided and divisive to paint Black Lives Matter as the enemy of all other social movements.

The problem, as the all lives matter crowd seems to see it, is that Black Lives Matter is exclusionary in its focus. This touchy defensiveness shares the same aggrieved impulse as those posts that show up on Facebook every February and June: “Why isn’t there a White History Month?” and “What about Heterosexual Pride Day?” If you haven’t already unfriended these people, you know that they then tend to go on to argue that celebrating Black History or LGBT Pride is a direct slight against them, and that these acknowledgments of marginalized communities are oppressive to the majority.

Funny thing, though: These people never suggest that Groundhog Day minimizes the experience of squirrels, and they never call St. Patrick’s Day a slap in the face of the Welsh. Because, of course they don’t — that would be silly. Everyone understands that celebrating or honouring or speaking out for one thing is not a putdown of all other things. And yet there are people who believe that the expression “black lives matter” simply means that other lives don’t. It’s a willfully ignorant misinterpretation of a movement that is asking for rights as fundamental as fair and just treatment by law enforcement officers. In a recent bit on the Late Show, Seth Meyers criticized former New York City Mayor Rudy Giuliani for calling Black Lives Matter “racist.” “The problem with you, Rudy,” Meyers said, “is you’re imagining the word ‘only’ in there, as in ‘Only Black Lives Matter,’ but no one is saying that.”

Related: All I want as a Muslim is the freedom to be ordinary

That’s right, no one is. The slogan “black lives matter” was created to highlight the fact that judging by every measure we use to show that a person’s life matters — that they have access to quality healthcare, education and job opportunities; that their histories are fully told and their culture respected; that they are represented in and by our governments; and that their encounters with police are safe — black people in the U.S. and Canada are not equally valued.

And it’s absolutely true that there are other groups who experience racism and inequality. But the sentiment that “black lives matter” doesn’t exclude them, or devalue their concerns, nor does it stop them from organizing under their own banner to assert their rights, either separately or alongside BLM.

Here’s the thing: If you want to see people who embody the belief that all people should be treated equally, then look at Black Lives Matter and those who support them. By fighting to change a system that’s rigged and unjust, they’re striving to get us to place where everyone — and every life — will truly matter.