5 things we learned from the Toronto Zoo's baboon coup

Here are our takeaways from the bloody baboon battle sparked by the death of Betty, the reigning matriach. 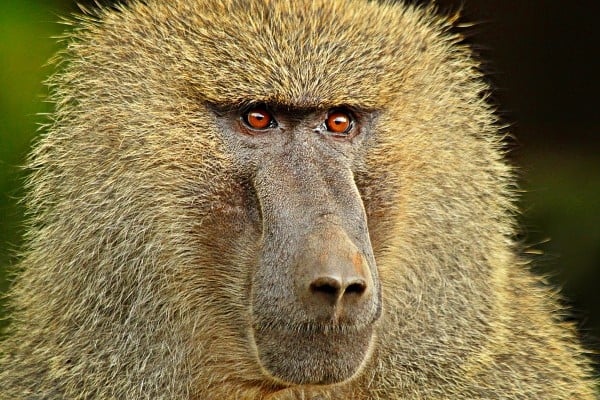 The death of a queen. Violent attacks under the cover of night. A months-long war fueled by the relentless thirst for power.

This isn’t a teaser for the next season of Game of Thrones. It’s the raw, behind the scenes story of the Toronto Zoo’s move to temporarily close its baboon exhibit from the public last year, following the death of the troop’s reigning matriarch. Betty ruled the 12-baboon #squad in relative peace for years after the death of her mother, Boss Lady (yes, Boss Lady). But when medical staff put Betty down after discovering the 16-year-old was full of cancer, the baboon house erupted in a chaos that has only just recently eased (in the best possible way, too).

1. Ronda Rousey’s got nothing on these boons.

Think of the most menacing woman-on-woman brawl you’ve ever witnessed and multiply that by 10. While we would never advocate violence, the lengths these baboons went in their quest for power and dominance was pretty stunning. The zoo’s medical records show five or six of the baboons suffered injuries, including deep cuts around their eyes, hair ripped from their bodies and wounded tails. Two of them needed surgery.

2. Monarchy is not a human creation.

Just like the Windsors, baboon society dictates power and dominance by bloodlines. When Betty died, her daughter Molly would have been widely considered the rightful heir. But Molly was only six at the time — not exactly primed for power. At least that’s what 18-year-old Putsie thought. “She’s fighting to be dominant because of age, I guess,” the zoo’s mammal curator Maria Franke, told the Canadian Press.

3. Baboons can be hella sneaky.

Just like mobsters or schoolyard bullies, these baboons plotted their attacks when no one else was looking. Most of the baboons appeared to be injured overnight, when zoo staff weren’t making rounds. As such, zookeepers still don’t know who attacked whom. But they do know this: Molly and her sister Susan suffered the brunt of the injuries (including the most brutal, which required surgery), and appear to have been attacked first. Putsie and her three daughters later suffered injuries too, but these were not nearly as vicious. (What do you have to say for yourself, Putsie, hmm?)

4. If it ain’t your business, you best keep out of it.

That was the Toronto Zoo staff’s motto, anyway. “You have to let their natural behaviour happen,” Franke said. “They have to sort it out. In the wild, a lot of times it’s to the death.” With luck, this has yet to happen at the Toronto Zoo.

It’s no surprise to the sisterhood that once these baboon broads fought it out, the optimal solution became clear: They’d BOTH run the world. After months of conflict, Molly and Putsie have come to an “uncomfortable truce,” zoo staff said. Lately, the only conflict on record has been the male baboons fighting over the badass females. So things are as they should be.