5 things to know about the MMIW inquiry

Indigenous Affairs Minister Carolyn Bennett is expected to hand over the examination into missing and murdered indigenous women to five commissioners on Wednesday. 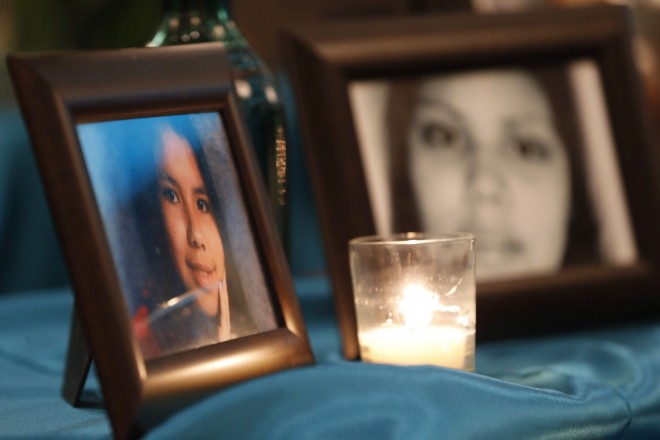 Candles light photos of Tina Fontaine and other murdered and missing women at the 2nd National Roundtable on Missing and Murdered Indigenous Women and Girls in Winnipeg in February. John Woods/CP

On Wednesday morning, the federal government will announce the terms of an inquiry into missing and murdered indigenous women. Indigenous Affairs Minister Carolyn Bennett, Justice Minister Jody Wilson-Raybould and Status of Women Minister Patty Hajdu will be present at the event, where the government is expected to hand over the process to five commissioners.

Here’s what you need to know ahead of the announcement:

1. Indigenous organizations have been calling for an inquiry: Groups, including the Native Women’s Association of Canada and the Assembly of First Nations, have for years urged the federal government to open a national public inquiry into the phenomenon of missing and murdered indigenous women. They will closely examine the terms of reference and the commissioners selected. There are five people expected to sit on the body.

In May 2014, the RCMP released a report documenting 1,181 murdered and missing women between 1980 and 2012. A year later, it said 32 aboriginal women had been murdered and 11 more disappeared since it first reported on the issue.

2. The Liberal government plans to be flexible on timeline and funding: The federal government has banked on spending $40 million over the next two years on the inquiry but some observers already wonder if this will be enough money and time for the commissioners to do their work. Indigenous Affairs Minister Carolyn Bennett has noted this is a “placeholder” budget and she has consistently stressed the need to get the inquiry right.

3. The previous government did not support an inquiry: Former prime minister Stephen Harper opposed a formal examination of the issue of murdered and missing indigenous women. He noted there were already a number of studies on the record and stressed the need for action.

4. The commission will be able to compel witnesses to testify: Under the Inquiries Act, the commissioners will have the same powers as any court in a civil case to enforce the attendance of witnesses and compel them to give evidence. They may also examine all papers, documents, vouchers, records and books belonging a public office or institution.

5. Child welfare is expected to be a central theme of the study: Bennett says child welfare will be a key issue. She said the government has repeatedly heard about the “devastating” impact on children who are apprehended and what often happens to their mothers. The government is currently engaged in a lengthy back-and-forth with the Canadian Human Rights Tribunal over federal funding for child welfare services on reserve. In January, the tribunal ruled the federal government discriminated against First Nations children in its funding of child welfare services.

More:
What we need to learn from the life and death of Tina Fontaine
What to do if you’re being harassed online
Why the Liberals need to get the MMIW inquiry right