Mother's Day gift: How to be a better daughter 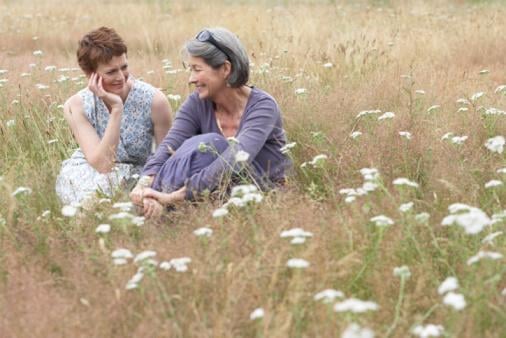 With Mother’s Day on the horizon, you’re probably wondering what gift you should get for your mom. Perhaps the occasion has you thinking about your relationship with her, and whether it can be better. Maybe you’re even wondering, as you get older and stopped blaming your parents for everything, just how your behaviour has affected your relationship with your mother. So, what does it mean to be a good daughter?

“There’s a huge fear in women that they’ve failed their mother and been a bad daughter,” says Rona Maynard, author of My Mother’s Daughter and current leader of workshops on memoir writing. She says that she’s particularly observed this in women grieving the death of their mother. “[Women] go through the shoulda, woulda, couldas. I should have been with her when she died. I shouldn’t have yelled at my alcoholic mother for never picking up the phone when I called. I should have told her more often that I loved her. I feel guilty for pulling the plug on mom, even though those were her wishes in her living will. Women beat themselves up. What I always tell them is that if their mother was here today, she would probably say that enough was enough, that you loved her and you did your best.”

Karyl McBride, author of Will I Ever Be Good Enough?, grew up with a narcissistic mother. She knows what it’s like to never feel like a good-enough daughter. But for her, being good enough as a daughter is the same as being a good person – knowing yourself, doing your own healing, being accountable for your own feelings and making sure that even if you’ve had trauma in your childhood and a difficult relationship with your mother, that you’re following your own value system when you respond to problems with her.

Following your own value system means sometimes setting boundaries with the people in your life. And the time for that is when you start to take care of someone else’s needs at the exclusion of your own: “If you’re asked to do something by your mother and it’s good for her but hurting you, then that’s where you have to set a boundary.”

It can, of course, be tough to establish boundaries with anyone, let alone the person who gave you life. (And likes to remind you of that as often as possible.) McBride recommends doing it kindly while drawing your line in the sand. “It’s easier, if you’ve done your own internal work, to say what you are and aren’t able to do,” she says. “You have to own your own feelings and stance.”

“To be a good daughter means accepting and loving your mother as the complicated and flawed human being that she really is,” says Maynard. Of course, “you loved me and you did your best” is a simple message but it can be a surprisingly difficult place for many daughters to get to. Maynard says she wishes she had learned sooner that much of her mother’s pestering was because she needed Maynard’s approval. “It would have eased her mind if I had said that I was proud of her, of how she built a new life for herself after her divorce, of how she built a career as a writer,” she says. “But I never did say them. It never occurred to me that it would be helpful; I was so wrapped up in finding my own way, and I felt like she kept getting in my path and interfering.”

Deborah Tannen, a professor of linguistics at Georgetown University and the author of You’re Wearing That? Understanding Mothers and Daughters in Conversation, says that mothers often need validation from daughters. And the one thing a mother really wants to hear from her daughter? That she was a good mother. “Every single woman I interviewed worried that she wasn’t a good enough mother, for all different reasons: my temper was too short, I was too preoccupied, the divorce that was good for me was bad for my children; We did what we thought was best at the time. I worked and I worried that I wasn’t home enough, I stayed at home and I worried that I didn’t provide a good role model. It goes on and on and on. No matter how successful women were in their workplace, they told me that they were most sensitive to the idea of whether they were a good mother.”

So what, ultimately, does it mean to be a good daughter? Maynard’s advice is simple: Don’t worry so much about being a good daughter. “There is no such thing as a perfect daughter or mother,” she says. “Look at the totality of your relationship. Most of us, when we look honestly at our relationship with our mother, can see a lot of joy there. Focus on that.”